Unsung performers that caught our attention in Victoria.

MotoOnline.com.au highlights three standout performances from the weekend’s first round of the 2016 Motul MX Nationals at Horsham in Victoria. Radar isn’t strictly about the winners, it’s about the unsung racers that we spot performing above expectations on any given race weekend. 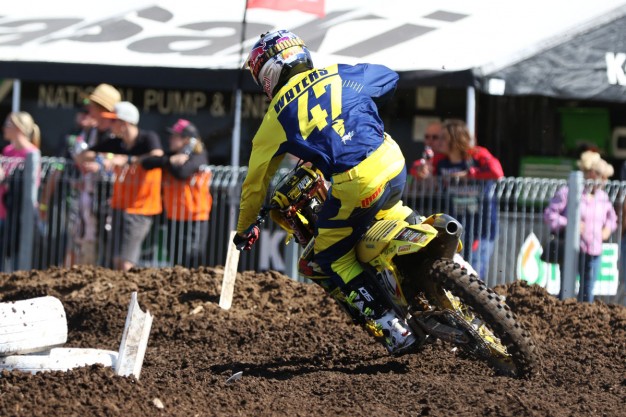 Matthew Toth (SFC Yamaha) – MX1, 14th overall:
The SFC Racing team is one of the more popular privateer outfits with its all-black livery on board Yamahas. When team regular and founder Dan McCoy was seriously injured earlier this year, they had hard-working fellow New South Welshman Dan McEntee lined up to fill his seat. He too was injured, so in the end we saw American import Matthew Toth on the YZ450F. And to start out, 12th in moto one behind the top team riders was a promising result. Jayden Rykers (Davey Motorsports KTM) – MX2, seventh overall:
After going so close to the MXD crown last season, Jayden Rykers moved up to MX2 on board a KTM 250 SX two-stroke once again, this season with Davey Motorsports. He turned heads on debut in the pro class, finishing a fine fourth in moto one and then overcoming a bad start and a crash for 10th in the second moto. That resulted in a positive seventh overall.