National Pump Monster Energy Kawasaki Racing Team’s Matt Moss entered Horsham’s first round of the 2016 Motul MX Nationals under the radar of sorts. Sure, we are all aware of his capabilities as a two-time MX1 champion in the series, however much of the spotlight was cast upon returning MXGP regulars Dean Ferris and Todd Waters, not to mention defending champion Kirk Gibbs. But come Sunday afternoon and following a dominant moto two win, Moss stood tallest on the podium in a pivotal debut for him aboard the all-new KX450F. MotoOnline.com.au spoke to him in the team transporter directly following. 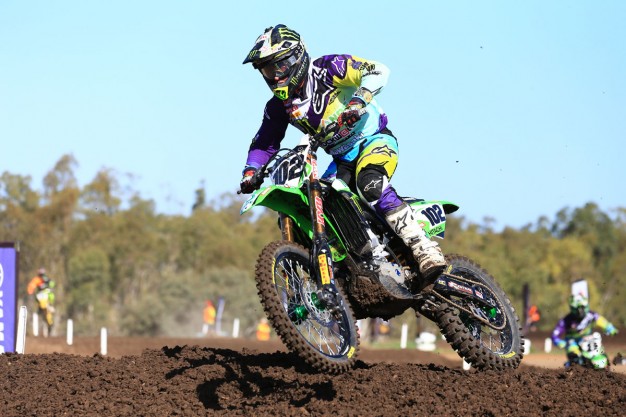 Matt Moss, opening round winner in MX1 on debut with the National Pump Monster Energy Kawasaki Racing Team. You must be stoked with that!?

I am! I’m not going to lie, we have had some ups and downs these last couple of weeks. I felt like I was fighting myself a little bit, probably just a little bit of nerves and wanting to be perfect, but we turned up today and we were here to go racing. The vibe in the team is amazing, I really wanted to go racing, obviously in Super Pole I didn’t even qualify in top five, I qualified sixth. I just rode really tight the first moto and the first practice, then in the second moto I started to feel like myself. I’m pumped with it, it felt really good and we will just keep moving forward now. It’s just good to get a win and good to give back to the the sponsors that haven’t seen anything from me lately, but they’re still committed to me and we are getting the job done.

There are obviously a lot of changes going on this year, new riders coming in, guys returning from MXGP and team switches from others. Did you know what to expect heading to Horsham?

You know what, I said it from day dot these European guys coming back and all that sort of stuff, is a ‘whatever’. It’s a whatever, I don’t care… whatever. But in saying that, my main competitor today was Kirk Gibbs and obviously [Dean] Ferris had a great first race, but I knew these guys coming back aren’t just going to beat us. Gibbs and I, we are holding the Australian flag up high, I know they’re Australian too, but there is always talk about these European riders [coming back] and all that sort of stuff – a lot of people backed Ferris to win everything. It’s good to get the win and keep moving forward. 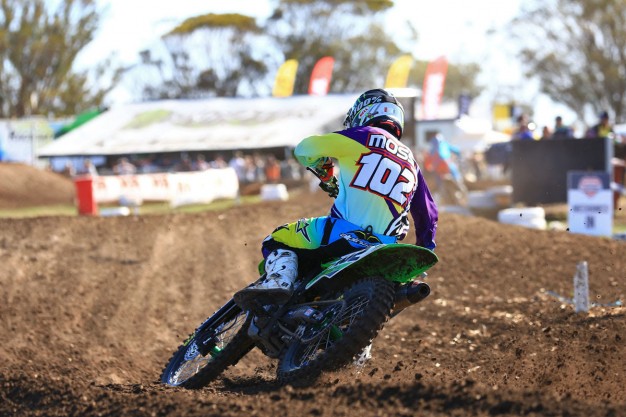 How is the base setting on the KX450F? It seemed comfortable and obviously looked good on the track.

Yeah, it’s good. I’ve got my suspension guy, Factory Spec’s Kenny Wheeler does my suspension, just because I’m in New South Wales and it’s just so hard to relate. I’m such a picky rider, I want to change things all the time and better myself. It’s preferably done really good, the bike felt unbelievable today, so the base of where we are at first round, we can only get better, it’s good things to show. Pumped with everyone that’s been behind me and committed to me and to help me, so just looking forward to going racing.

I know you have a lot of belief in your ability, you’re not a champion already for nothing, but can this be a confidence boost at all? Is it?

I know I can win races, I can win championships. I’ve done it. There is no doubt in that. It’s whether you have the machine and it’s the people backing you that are going to get you that championship, there is only so much a rider can do. But with this team I feel like we have the best shot, I have the best shot getting what I need to get done. They are doing everything for me and everything I can, so I’m just really excited. We are just enjoying going racing and I reckon I will have a smile on my face for the next two weeks going into Appin.