Williams Event Management has been at the forefront of Australian motocross for two full decades as managing director Kevin Williams celebrates his company’s 20th anniversary of involvement in the MX Nationals for 2016. With Motul yesterday announced as the new title sponsor, MotoOnline.com.au spoke with Williams today about what’s shaping up to be a magnificent season ahead. 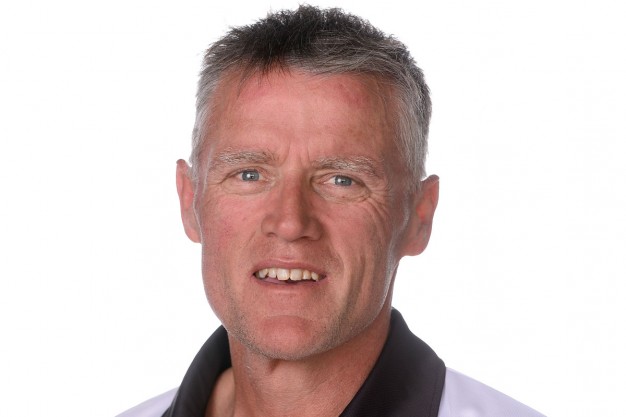 The major announcement this week came that Motul will be the title sponsor of the 2016 MX Nationals. It really is a great announcement for the sport, isn’t it?

Yeah it is, for us it’s a tough market that we’re in, so we just keep our heads down and keep working regardless of what the market has been like across the years. We’ve always tired to make improvements every year and it’s great to have one of our longtime partners recognise our efforts and come to the table to commit for the next three years. Link International’s commitment to the sport at all levels has been amazing, they’ve been with us since day one, so we’re very very excited.

Last year you opted to run without a naming-rights sponsor, so that ongoing relationship and the Motul brand as well is a good synergy for sport and the series.

Absolutely, they’ve been the official oil since day one, they were with us through the period of Thumper Nationals. You look at major international events like World Superbikes and they’re supported by Motul, they have a strong presence globally and to get that tick of approval by Motul internationally and Motul Australia, it’s very humbling and we’re very greatful for their support.

For Williams Event Management this year marks 20 years of your involvement in the series and the Australian Motocross Championship. That must be a satisfying milestone to reach at this point for you?

It is. It’s funny when we’re sitting around the dinner table, it’s our 20th year and my son Jake is now just going on 24 and my other son Aiden and daughter Brodie are 22 and 21. They’ve spent their whole lives coming to MX Nationals with mum and dad, so for WEM it’s been a whole family commitment of time and resources over that period, which has helped it grow to a greater family. I talk of it quite a lot, all of our staff have been with us for quite a long time and they’re just part of our extended family, as is RACESAFE and the greater motocross community. The sport has come along way in the past 20 years, hasn’t it?

Yeah, it’s quite funny when you look back, I think the first year we started with the MX Nationals we travelled in a short wheelbase HiAce van. We were the ones that brought in electronic timing in the first year, we had four handheld specially designed stopwatches that could record 16 riders at a time. Now today we have the big truck, the trailer, the NRG van and all of that equipment. I look back now and I’m pretty sure the first event we did was Smithton, Tasmania, in 1997. If memory serves me correct there were only two trucks, pretty sure it was CDR and [Jeff] Leisk with KTM, and off we went racing. Andrew McFarlane went on to win the championship that year and he was racing out of a van. I think there were five fulltime staff associated with racing back then, compared to today we see probably 55 to 70 people employed in positions directly related to the MX Nationals.

In terms of the modern times of the MX Nationals it seems like you’ve got your core values that you work within and you’ve got a direction set for the series on a specific path moving forward. Is that your approach?

For me I’m as passionate today about the MX Nationals as I was the day I first started – in some ways more passionate. We’ve seen a lot of change and one thing we pride ourselves on, and it’s been one of the underlying motos of how WEM works, is that if we add something to it, we can never take it away. Over the years we’ve seen different things come in, live TV at supercross, things like that, but it’s hard to sustain those. Having the revenue streams and the ability to guarantee delivery everytime the spectator, rider or sponsor comes to the track, has seen us take a forward approach every year. What can we tweak, what can we improve, what can we do to make the series better and it’s no different to the teams. You look at the bikes and a lot the team’s bikes are similar to last year and they spend their time in the off-season refining, improving and tweaking little bits and pieces. That’s pretty much what it is, I think we’ve got a product that stands on its own anywhere in the world with quality of racing. A few years back we thought we had the best rider line-up ever with Billy Mackenzie and a few other international riders, but when you look at the caliber of [Todd] Waters and [Dean] Ferris, then having Dan Reardon back in the mix, the depth of riders this year and the level of commitment from riders this year, I think you’re going to see some great racing. One avenue you’ve taken on in the last few years is the NRG TV livestreaming, and then the Inside Dirt digital magazine as well, which is basically an evolution of the event program. All of that indicates WEM is taking things into its own hands and working to give everyone in the sport as much exposure as possible…

Yes, we are, and part of that comes from the fact that a lot of people feel if it’s not on TV we’re never going to grow the sport. The fact of the matter is, get used to it – the motocross isn’t going to be on TV in Australia in the short-term future. If we do, it has to be at the level that the AMA or Youthstream do it, and you’re talking up to $300,000 to $400,000 per round to put the TV package together. That’s just not an option. There’s not four million dollars out there to create a package to that size. You go to a world GP and have a look, there’s two B-doubles set up with live broadcasting in it, 20 or so people in a van doing graphics and timing. We’d love to do that, but that’s just not a reality for us, so we looked at it and thought how can we deliver more for the sponsors, riders and the public. The livestreaming is evolving and we’re at the forefront of that, we’ve had a quarter of a million people watch the MX Nationals last year on livestream, so that certainly worked well. We all watch practice and qualifying from the AMA on livestream and GNCC, things like that, so that’s sort of where it’s at. In terms of Inside Dirt, for magazines today it’s quite difficult if you’re a monthly or bi-monthly magazine. It’s really hard to cover the events with content about the racing because by Wednesday after the event it’s old news. If you go back 10-15 years ago, the internet wasn’t anywhere near the size it is, so if Manjimup was on in Western Australia, we all waited for ADB to come out to see who did what and to see the images of it, but these days everyone with a smartphone is a photographer of some kind and you’ve got to be at the forefront when it comes to coverage online. So wanting to deliver more to the teams and the riders, get their press out and have a way of supplying information, we further developed the digital magazine as a way to create more content and coverage. We’re also continuing to do that with NRG TV.

Finally, Motorcycling Australia has been undergoing a lot of changes with a new CEO in David Cottee and a new team of staff. The MX Nationals has always been stable regardless of MA’s position, but it definitely seems as if there’s positive progress being made within the governing body as well. How are you finding it?

Over the 20 years of this championship we worked with the staff that were there and we did the best that we could do, however I must say right now, it’s the most excited I’ve ever been about our working relationship with Motorcycling Australia. They’ve got new, younger people, they’re excited about what they do, they love the sport. They’ve got a new CEO who’s a passionate motorcycle rider and has the runs on the board from a business aspect. Today they announced that Peter Doyle has been appointed sports manager, so they’ve put together a solid team. Our communication already since the new CEO has taken over with new staff has probably doubled compared to what it was two years ago and we’re not even at round one yet, so we’re very excited about the future.