Five standout points from the month of January.

The month of January was a big one for the sport with plenty happening across all disciplines both domestically and internationally. MotoOnline.com.au outlines select standout moments and events from the month in this latest edition of Five Stars. 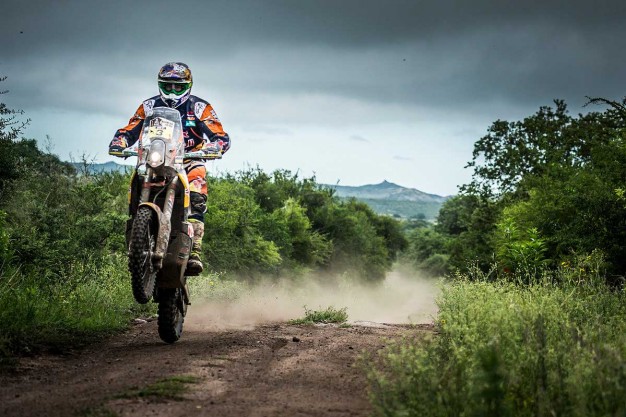 1.Price’s Dakar victory:
Toby Price is one impressive human being, nobody can argue that fact. Price kicked-off his 2016 season with his greatest achievement to date, taking home his maiden Dakar Rally overall victory, becoming the first Australian to do so in the process. The likeable Australian had everyone on the edge of their seats during the two-week event as he tackled each stage in a mature and calculating manor. The Red Bull Factory KTM rider had his sights set on that win from the beginning and he eventually finished the event with over half an hour between himself and his nearest competitor. Not only did Price win the event, he received unprecedented media coverage domestically on return to the country.

2. Reed’s 450SX form:
Aboard his all-new Monster Energy/360fly/Chaparral/Yamaha Factory Racing YZ450F it’s clear the old Chad Reed is on his way back. It has been an exciting start to the 2016 Monster Energy AMA Supercross Championship with the former champion back on the 450SX podium and looking very racey at the same time. It’s clear the Australian legend is comfortable with the manufacturer he had so much success with earlier in his career and it’s certainly an exciting time for Aussie racing fans. Could Reed turn it on for the second-half of the season and make a run for the title? That is a possibility, but we know for sure Reedy will find his way to the top of the box at least once before the season finale in Las Vegas – no doubt about it.

3. Dan McCoy fundraiser:
It’s truly awesome to see a community of fellow motocross enthusiasts coming together to help a fallen rider in need. Following popular Australian motocross and supercross regular Dan McCoy’s unfortunate spinal injury racing in the UK, the entire Australian motocross community jumped onboard to help him out. With substantial medical costs involved in not only his treatment, but the large issue of even getting him home, a variety of individuals and businesses and clubs like Oakdale JMCC came forward to lend a hand. The Oakdale club managed to raise over $31,000 for McCoy following their fundraiser day held on 31 January, an absolutely amazing effort. 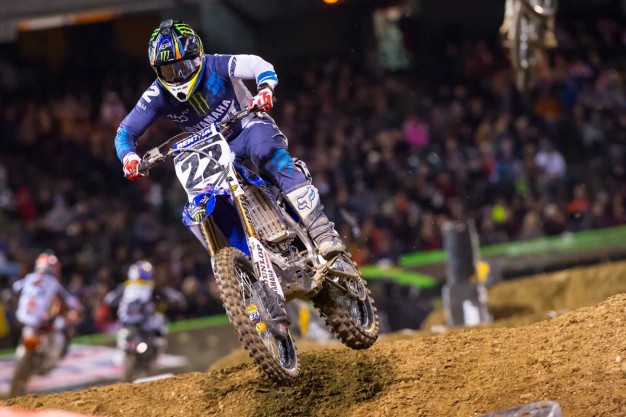 4.The Clout saga:
What an ordeal is has been following the announcement that 2014 MX Nationals MX2 champion Luke Clout would be vacating his Serco Yamaha ride and heading to the US as a fill-in rider just weeks ago. Not only was this a surprising announcement, but at the same time it quickly caused an interesting shuffle of riders amongst Yamaha-backed squads domestically. Serco Yamaha quickly enlisted the services of Queenslander Wade Hunter to fill Clout’s spot, although Hunter had already signed with the Victorian-based DPH Motorsport team, he was released by them leaving a vacant spot under their awning. We then saw former Serco Yamaha rider Jed Beaton take advantage of Clout’s decision to head stateside, jumping from his privateer plan at that stage to take Hunter’s place with the DPH crew for 2016. It doesn’t stop there though, Clout, aboard his MAD Racing Dirt Candy Suzuki contesting the Monster Energy AMA Supercross Western Regional 250SX Championship, put in a strong debut with the team who then signed him to a two-year deal. Just one week later, with his dream coming true, all the pieces of the puzzle coming together, the 21-year-old took a hard fall during Oakland’s fourth round of the series and broke his femur, sidelining himself for the remainder of the 2016 supercross championship.

5. Duncan beats the boys:
How often do you see a female MX2 racer running rings around a field of highly-talented male competitors? It’s just not something we see in this sport which has been dominated by males for decades. Courtney Duncan decided to change that recently during the 2016 Honda New Zealand Motocross Championship in Woodville. The New Zealander absolutely dominated the womens class before lining up against the boys to see how she stacked up against the likes of former MX Nationals MXD champion Kayne Lamont, former MX2 MX Nationals number two Hamish Harwood and KTM Factory Juniors MXGP EMX contender Josiah Natzke. Duncan used a combination of 1-3-2 moto scores to take the overall win, she also clocked a lap time just 1.7 seconds off Todd Waters’ fastest time in the MX1 category – super impressive stuff.