The defending MX Nationals MX1 champion on return from injury.

Following a professional career riddled with injuries, Kirk Gibbs put it all together in 2015 earning himself the MX Nationals MX1 number one plate with the KTM Factory Motocross Racing Team. The South Australian unfortunately went from a career high, to finding himself on the couch recovering for three months following an unfortunate supercross practice crash. MotoOnline.com.au checked in with Gibbs following his recent return to riding for this latest edition of Five Questions Why. Why were you unable to ride your bike for past three months?

I had a practice crash during supercross and I fractured my hip and pelvis, there were five or six different breaks all up. So it took a long time to come back and get healthy again. The first three to four weeks I couldn’t even sit down or anything, I was either standing and using crutches or laying down. It was a pretty shitty injury, but we’re a bit over three months down the track and I’m back on the bike now so I’m really happy about that.

Why did everything come together for you in 2015?

It had been a few years since I had been injury free during the off-season, so for me I wasn’t laying around and nursing an injury. I kept really fit during the off-season and just got stuck into it for probably three months heading into the first round and everything just fell into place. I didn’t really crash too hard or have any injuries until around the mid-point of the season where I had a few problems here and there. Right at the start of the year everything just clicked and went so well.

Why do you feel so comfortable with the KTM Motocross Racing team?

It’s just the whole package, once I got picked up in 2013 with Todd Waters being my teammate, we both gelled very well and the same with everyone we’ve had on there since then. We’ve had Dan McCoy, Ford Dale, I get along with those guys really well and now we have Luke Styke, so I’ve really gelled with the team, my teammates. Rob Tywerould took me in and my mechanic and I are really good friends now also, I talk to them on a weekly basis and everything’s just clicking. It took me a while to get used to the European bike, but now I just feel at home and they will do anything to give me the bike I want so I’m really happy with them. 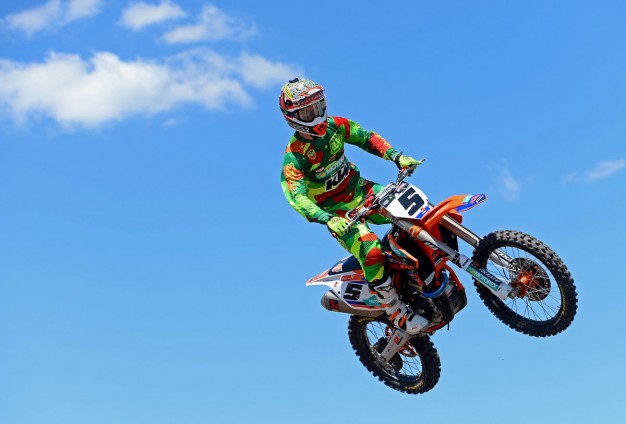 Why are you coming back even hungrier in 2016?

Once you have that much time off a bike you sort of go a bit insane. For us to even have four or five weeks off a bike it feels like a lifetime because we’re always riding four or five times a week. So for me to have three months off just rekindled the fire and I just want to come back and do it again. We’ve obviously got a stacked field with Todd [Waters], Dean [Ferris] and all of the other boys that were already here so there’s new challenges as well. It should be great, I’m looking forward to it.

Why do you think the 2016 season will be one of the toughest yet to defend an MX1 MX Nationals title?

Definitely it’s going to be really tough, obviously with having Todd and Dean back from Europe, they’ve been over there grinding riding Motocross all year round, so that’s their specialty. I obviously have the number one plate and that’s what they want, so it’s going to be really tough. There’s a lot of people that want that number one plate, I’m just going to do what I know best and hopefully have a good few months leading into this first round – I’ll be working my butt off to try and keep it.