The end of this year has taken place in rapid-fire fashion, quickly concluding in one of the busiest spells we’ve experienced. Between creating content each day and securing advertising to keep us racing into 2016, it’s been a challenging, but rewarding couple of months.

Over the past week or so we’ve been reflecting on various happenings across 2015 and, looking back, it’s been a heck of a ride. Between event coverage, testing bikes, reviewing products and pumping out all the features and multimedia content we’re able to, the team’s put in an exceptional effort.

And next year’s going to be even better as we invest in even more equipment, take on Adam Spence essentially fulltime as part of the program, Simon Makker will be on board once again, Guy Streeter is hooking into his off-road role and Korryn Peterson will be working hard on the business behind the scenes. On top of that, further contributors and partners worldwide piece the puzzle together. 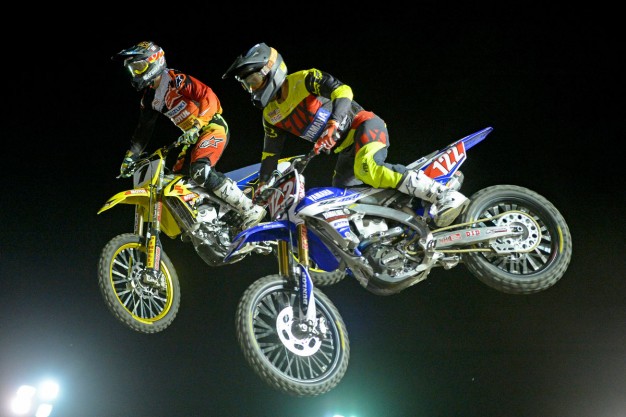 We’re also introducing a brand new third website at BikeOnline.com.au for the new year, alongside MotoOnline.com.au and CycleOnline.com.au. It’s intended for non-competition, general motorcycling, so if you’re keen on that kind of thing, Matt Shields will be delivering all kinds of good stuff on there (official launch will take place in January).

Most of all though, what’s enabling us to keep progressing is the sheer quality of racing and professionalism we’re witnessing in this sport. Sure, there are always areas that can be polished – that’s natural – but the level of competition and the effort the industry continues to put in throughout a variety of areas is helping to drive our growth year in, year out.

At this point, as usual racing against the clock to wrap up our final ‘full’ week of operations this year, I’ll hand this over to Makker for his final take of the season. Have a Merry Christmas and Happy New Year – Moto 360 will be back in January…

What. A. Year. Man, when you look back on all the action we’ve seen go down over the past 12 months, 2015 has certainly been an eventful one.

It started off on a high with Toby Price doing the unthinkable and landing on the podium at his first-ever Dakar attempt, cycled through a swathe of highs and lows involving James Stewart (twice, really – once for his drug ban and another for his dogging of the AUS-X Open), a bobcat versus Matt Moss, new champions in both premier classes of the MX Nationals (Kirk Gibbs and Jay Wilson), a historic AUS-X Open, a second Australian crowned as Red Bull X-Fighters Champion in Clint Moore, and finished with a former star, Dan Reardon, returning to his glory days as an Australian Supercross Champion. The crazy thing about this year is that it seems we’ve had very little downtime between races and championships. Apart from a five-week mid-championship break during the MX Nationals and three weeks between the Nationals and the Australian Supercross Championships, we’ve pretty much been pinned since January covering the domestic motocross, supercross and off-road series, as well as keeping you up to speed with the American and the MXGP championships, plus the rest.

For now though, it’s time to catch our collective breaths, reflect on all the highlights we’ve experienced here at MotoOnline, look at how we can continue evolving and improving over the next 12 months, then hit 2016 hard and fast.

2015 has been a hell of a ride and 2016 is looking even more exciting. While we’ll still be uploading news over the course of the holidays, until the office fully reopens in early January, though, have a very merry Christmas, a prosperous new year and a safe, happy holiday with your loved ones.