What to expect when BT lines up with Suzuki World MXGP.

There is no doubt, the news of Ben Townley coming to race the 2016 MXGP championship is right up there with many of the thrilling stories in the sports history. It might not be as exciting as the move by Ryan Villopoto to MXGP in 2015, but you can be 100 percent sure it might get nearly as much coverage.

Everyone involved in motocross have spent a moment in their life watching BT race with huge respect. From his exciting charge to the 2004 MX2 world championship, his one year in the 450cc class in Europe in 2005, his Euro swansong at Ernee in 2005, his tough charging battles with Ryan Villopoto in 2007, and his on and off brilliance in the years between. There was always something special about this guy.

To be honest, back in the middle of 2015 when BT was racing some rounds of the Australian Motocross Championship and not winning with ease it would have been easy to have written his career as more or less over. His comebacks were few and far between, usually tested with injuries.

What we can never forget though is this New Zealander was very special. He isn’t just any old rider who had a rough trot in his career. He had the potential to be better than Antonio Cairoli and Ryan Villopoto, the two greatest riders of this current era. 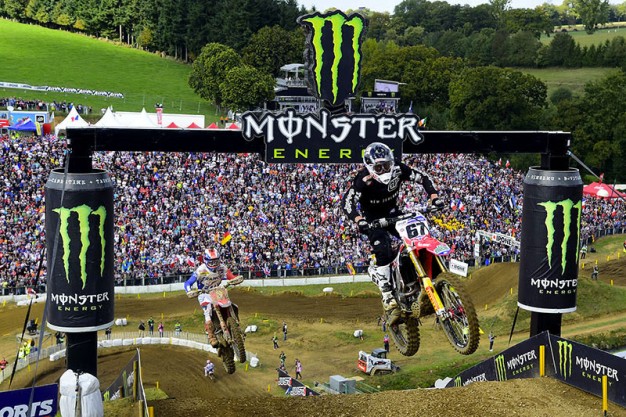 Back in 2005, before he departed for America we all thought he was the man to replace Everts at the top of the Grand Prix pecking order. BT was going to win a bunch of FIM Motocross World Championships and become an all-time great. Nobody could deny him.

In moving to America it didn’t work out as he might have hoped. One injury after another would drop him out of the factory rides and into a place no sportsman deserves to be. His body aching and his confidence batted it seemed like Townley would never reach the level we had all hoped for him.

Now in November of 2015, some 11 years after his last world title, he signed a contract to race on the same brand that brought him to Europe way back in 2001. Suzuki and BT have a history and while his legacy with KTM, Honda and Kawasaki is much greater, the return to the yellow bikes makes this whole story a little more interesting.

It is common knowledge that the Suzuki outfit is going through change, a new man is at the helm, and it is that man who taught Townley more than maybe anyone else in his career – Stefan Everts. The question is can Everts strength as a person once again bring BT out of his injury-riddled career?

The performance by Townley at the 2015 MXoN was staggering, but a one off event isn’t 18 rounds of battering and bruising, or travelling from one country to the next, missing family and friends.

We will probably know as early as round four at the Valkenswaard circuit in Holland just what BT has for the toughest motocross series in the world. He has ridden in America when the American series dominated the world, he has returned to Europe back a few years ago and struggled, but hopefully this version of Townley is different.

If I was a gambling man and had to bet my house on him failing, I wouldn’t. If I had to bet on him being the man in the MXGP class, I wouldn’t do that either. There are so many questions on BT that nobody can know what to expect; not BT, not Everts and for sure not any of us mere mortals that watch these sportsmen do what at times seems impossible. 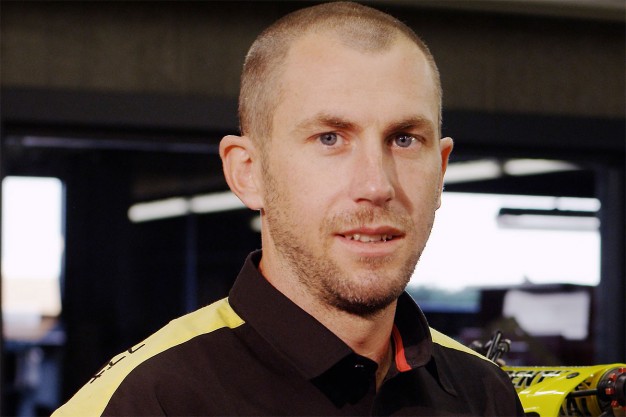 What I do know, come round one in Qatar and we might just have that same adrenaline rush that we had in 2015 when RV rolled out for his first practice session. Watch with anticipation as he rockets out of the start in his first moto, and wait with baited breath on his overall finish.

Even then we won’t know what to expect from BT and, as I said, come Valkenswaard a month after the opening round in Qatar we will have a better idea. I for one hope he is standing at the very top of the MXGP points standings.

I for one hope that the BT we all deserved, the BT that made us all marvel back a decade ago, comes into this season with confidence, determination and a little luck, just like he did in 2004, 2005 or 2007.

For somebody who gave so much for his career, he is entitled to have another perfect storm, his moment to add to that 2004 title, and at 30 years old is rewarded as somebody of his talent should be rewarded.