There has been a tonne of developments and plot-twists happening over the past few days, but one sensational blind-sider that broke on Vital MX forums yesterday was a claim that Ben Townley has (again) decided to come out of retirement and, after his astounding result at the Motocross Of Nations, has signed a deal with the MXGP Suzuki factory race team for 2015.

I’ve done a little bit of digging myself and while BT himself was tight-lipped over the claims (I didn’t expect him to say anything, but I still had to try and get the word from the source!), other reliable sources have confirmed that the former world motocross and AMA SX regional champ is indeed very close to inking a deal with the Stefan Everts-run team and a public announcement is likely to be made in the next couple of weeks.

Everts and Townley have a great relationship that stems back to BT’s initial European campaign and they’ve remained close since, including both working with Kiwi prodigy and EMX125 runner-up Josiah Natzke over the past couple of years. In that respect, Townley’s apparent new deal with Suzuki makes a lot of sense and could be a perfect match. 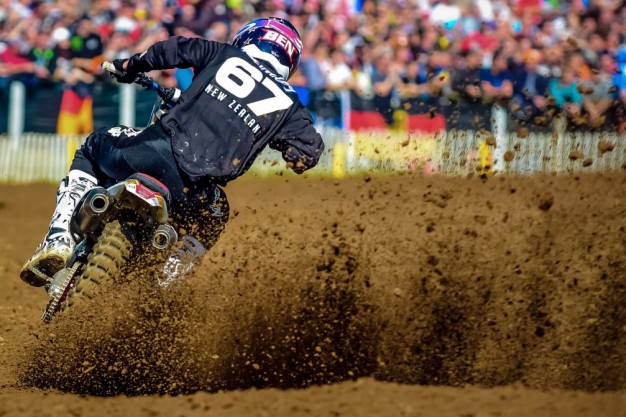 If the story is true and a release comes across our desks in the next couple of weeks, it’d signal the third time that Townley has resurrected his career from the ashes. It’s been a remarkable career to date across the world and this could be another unexpected stage altogether.

After his career took a humungous knock in 2012 when he signed a deal to ride for Chad Reed’s TwoTwo Motorsports in the US, but then destroyed his hip in an innocuous crash at the second round of the MX Nationals, BT was adamant that he was done with professional racing. He was more than happy to ride for fun and as a part-timer, but that physical and psychological hit was one that he didn’t think he’d bounce back from.

After two years of racing select events, BT was chosen to represent New Zealand at the Motocross Of Nations and rode out of his skin to an astounding fourth overall in the MXGP class, including an incredible second to 2015 MXGP champion Romain Febvre in the final moto – not bad for a part-time racer and fulltime dad! 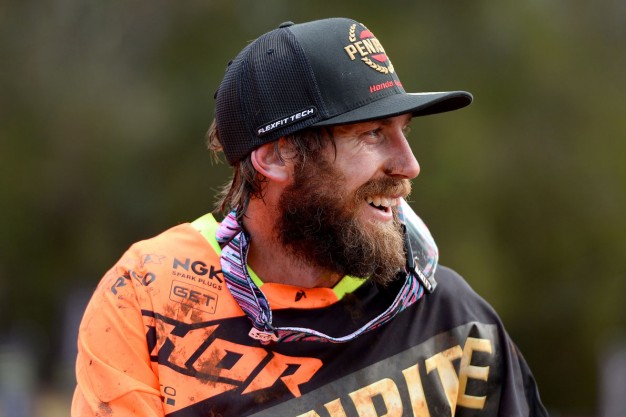 That result proved to everyone – including probably to Townley himself – that he still has the talent, speed and fitness to not only be competitive, but win races. It wouldn’t surprise me at all if BT fielded numerous offers from teams after that break-out performance at Ernee, but through it all the Kiwi stuck to his guns that he was happy to race part-time and enjoy the work-life balance he’d struck.

If the factory Suzuki team signing turns out to be true (and I kinda think it will), then not only does it signal another sensational resurgence in Townley’s career, but it also makes for one of the greatest comebacks in motocross history – especially if he claims another world title! But that’s get way ahead of ourselves…