Massive news broke late Friday afternoon with Carroll Motorsports boss Troy Carroll confirming directly to us that Matt Moss has signed for NPS Monster Energy Kawasaki in 2016. It’s one of the biggest signings of the off-seasons, as the 2013/2014 motocross and supercross champion seeks to regain the MX Nationals crown.

Of course, Moss has been right back on form in the first two rounds of the Australian Supercross Championship and will carry that momentum into next year. It sets up a thrilling season as he takes on the returning new MX1 champion of Kirk Gibbs for the premier class crown.

But it’s not just going to be those two in the mix. Remember, CDR Yamaha has already announced Dean Ferris is coming home and, if rumours are to be believed, Todd Waters could very well also return to spearhead Husqvarna’s new-look factory effort at home. Wow, that would be incredible if it happens.

This Waters speculation has definitely been gaining momentum in recent weeks, however when contacted last week HQVA general manager Jeff Leisk wasn’t able to comment on the anticipated in-house official Husqvarna team or the future of Waters just yet. It’s a case of watch this space. 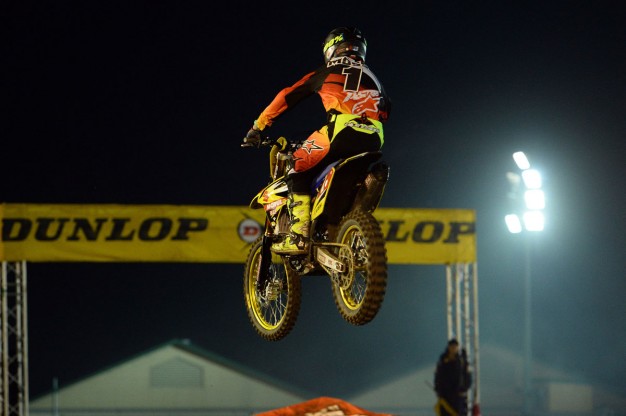 There’s still many seats to be determined for next year including the second 450 seats at CDR Yamaha and NPS Monster Energy Kawasaki, as well as Husqvarna and Honda’s revamped racing structure altogether. As for KTM, they’re staying put with Gibbs and Styke, plus adding Caleb Ward on a factory 250 as previously reported.

With KTM re-entering MX2 and Yamaha continuing to run its factory effort through Serco (riders are TBA), things are looking up for the 250 class. And just this week people have linked Jake Moss to an official Kawasaki ride in the class, but Carroll denied that was in the plans at this stage.

So there’s plenty going on, lots of announcements due to come out in the next couple of weeks, and in the meantime a great supercross series going on, continuing in Adelaide next weekend – where we’ll see South Australian icon Brett Metcalfe return on board an SD3 Husqvarna. Next year he’ll be back to Canada on a Rockstar Energy-backed Yamaha.

And before I hand this over, a quick pointer to stay tuned for an interview with Ricky Carmichael on Tuesday. I’ve known Ricky for quite some time now and it was a great interview about his RCU program, which of course is coming to Australia in the closing months of this year. Here’s Simon Makker…

With a couple of weeks between rounds two and three of the Australian Supercross Championship, all moto fans seeking their fix of roost and ruts will have their eyes glued to the 2015 Yamaha Australian Four Day Enduro that’s going down in Wynyard, Tasmania as we speak.

The gruelling, multi-day annual event is the pinnacle event for the domestic off-road scene and when you look at the credentials of the line-up, it’s easy to see why 2015 is drawing a lot of attention.

As well as 2015 Dakar podium-placer and AORC dominator Toby Price, former world enduro champ Matty Phillips (this is actually a much-anticipated home event for the Tassie native), Australian Junior Trophy team standout Daniel Sanders and a host of factory-backed rippers, Daniel Milner has returned home after a year racing the GNCC and is seriously bringing the heat.

If Matt Phillips was going to win any A4DE, it’s expected to be the one in his backyard, but here we are, just past halfway through and Milner holds a handy Outright lead. 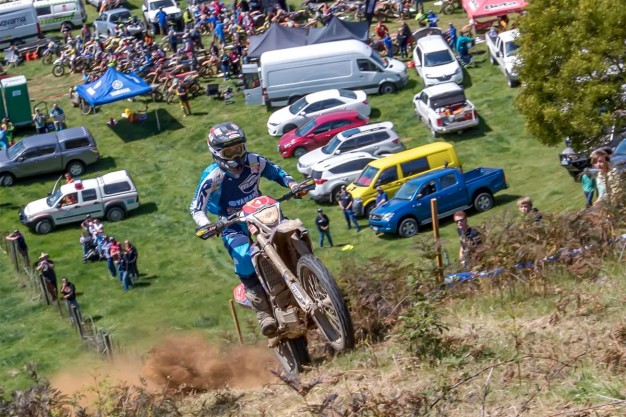 The thing is, yesterday marked the end of the real enduro racing with just the final motos to run tomorrow and traditionally there are not often many huge dramas or upsets to the final times between days three and four. Any rain clouds have left the Apple Island (for now) and the racers will be greeted with a dry natural-terrain motocross track today.

The ones who could potentially leapfrog up the standings are the likes of Simmonds and Toby Price (currently fourth Outright) who have such a strong motocross-racing background. Normally we’d include Ralston here too, but after sitting an impressive third in E2 at the halfway stage, Ralston had a shocker yesterday and is now way down in 55th in class.

Ralston told me he took a wrong turn yesterday and it cost him 28 minutes in a time penalty and screwed his chances of a solid result. Still, the man in the driver’s seat is Milner and everyone’s going to have to bring their A-game to the final day today if they want to stop him from claiming the 2015 title.