The 'other' rivalry you need to follow in Australian supercross.

The arrival of Chad Reed and James Stewart on Australian soil next month in Sydney’s AUS-X Open has been hyped up as the race of the year, as the homegrown Aussie hero finally gets to take on his longtime American adversary in his own backyard. In the tight confines of Allphones Arena, it’s not a matter of ‘if’ they’ll clash, it’s ‘when’.

But closer to home all year long there’s been a bitter rivalry of our own mounting locally. Matt Moss has gone on the record – more than once – openly stating his hate toward Dan Reardon. It’s personal. And while Reardon was in Moss’ corner as trainer during his remarkable 2013 campaign when he won both the MX Nationals and Australian supercross series, that fellowship’s long gone.

When CDR Yamaha announced just weeks out from this year’s MX Nationals out of nowhere that Reardon was making a comeback after more than two years in retirement, we weren’t sure what to expect. Sure, he is a proven multi-time national champion from almost a decade ago, but his form prior to retiring in 2012 wasn’t exactly race-winning. And two years off in motocross is an eternity. 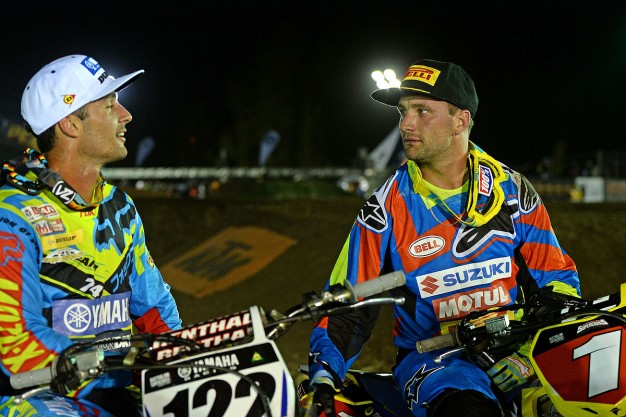 However Reardon has since shown exactly why he was so highly regarded during his ‘first’ career, not just here in Australia, but the US as well. Upon return to the MX Nationals he won races, took the overall at Nowra, and performed above expectations more times than not. Come supercross, he’s gone second and first in the opening two rounds and now holds the coveted SX1 red plate.

That’s just the background though. And this is just the beginning as Reardon finds his feet back at the front of the field, now right there again alongside Moss. The fireworks we’re witnessing between Reardon and Moss in supercross has sparked an energy into the sport locally that could engage fans like no other.

After the odd run-in outdoors, supercross is where things have really heated up. Moss took Reardon down at Bathurst in the heat race before they ultimately went 1-2 in the main, then they raced bar-to-bar in the early laps at Jimboomba, where an equally aggressive Reardon eventually got the upper-hand for victory. Every time they’re nearby eachother on track, the industry has been buzzing from the sidelines.

This isn’t a fabricated rivalry that promoters or the media have built up. In fact, it probably hasn’t been played up enough to this point. It’s a raw, intense battle that could go any which direction from one round to the next. Right now it feels as though it’s just simmering – imagine the title goes down to the wire between the pair.

Moss is one of the most determined persons I’ve seen climb aboard a bike in Australia when it comes to winning races and titles. He loves nothing more. And he’ll be thriving off of this newfound Reardon rivalry – especially coming off a perfect SX season last year. When it comes to spectacular, sheer speed on the bike, it’s hard to look past Moss for any given race victory. 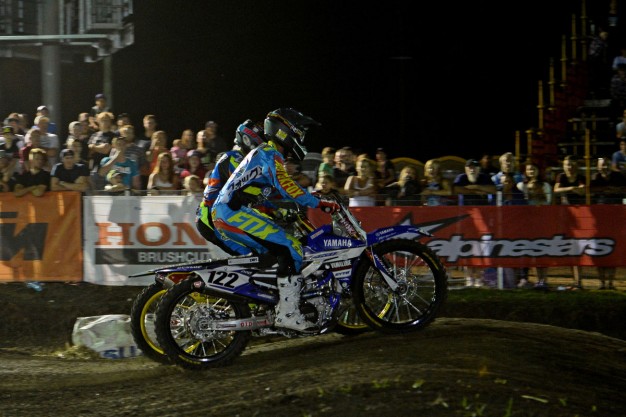 However the finesse of Reardon has its own strengths. He’s calculated and supremely smooth, which has resulted in many championship wins over the course of his two-part career. He is the consummate professional and has yet to show any real sign of aggravation toward Moss, but you can guarantee there’s nothing sweeter than finishing ahead of him. You can see it in his expressions.

Regardless of any personal feelings between the pair, Australian motocross and supercross fans are being treated to one of the most intriguing on-track contests we’ve witnessed in memory. It’s a case of two champions colliding – two of the finest competitors ever in this country – and both are becoming better racers because of it. The sport in this country is also capitalising on it.

So while you’re anticipating an entertaining showdown at the AUS-X Open between Reed and Stewart, don’t overlook the Yamaha (Reardon #122) and Suzuki (Moss #1) battle of our own this entire Australian supercross season.