It’s a strange time of the year through October and November, with the regular racing seasons wound down, but at the same time all kinds of series or one-off events are beginning across the globe.

And this weekend’s one of the biggest of them all, as the Supercheap Auto-backed Bathurst round of the Australian Supercross Championship fires into life, as does the second running of the Red Bull Straight Rhythm.

While Simon Makker previews Bathurst below in detail, we as a website feel a real resurgence of sorts for supercross in this country.

We’ll have the excitement of round one today (which we’ll be covering on deck at the Showground), followed by a rapid-fire number of rounds highlighted by Sydney’s AUS-X Open late in November where we’ll get to see Chad Reed and James Stewart go head-to-head. 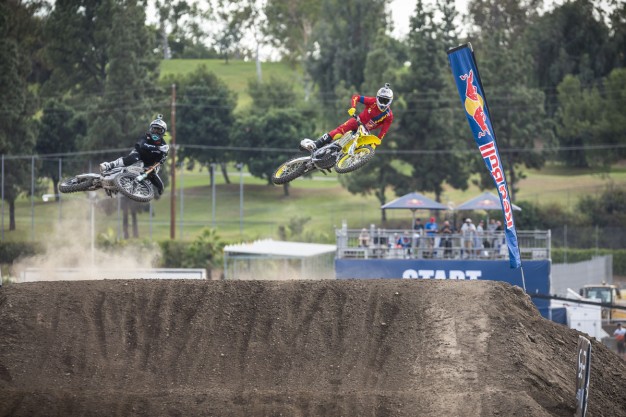 Reed hasn’t actually finalised his plans for 2016 yet, although we’re still hearing it will be on a Monster Energy-supported factory Yamaha, but he’s unlikely to be lining up at the Monster Energy Cup in Las Vagas next weekend.

Never fear however, he’s been adamant he’s coming to Sydney ever since his announcement and that could be the first time the world sees him back in blue behind a start gate once and for all. We’ll keep tracking that to see where he ends up.

As for Stewart, after a full year out of competition we’re going to see him race Straight Rhythm (which he won last year) this weekend, but the real test (one with turns, anyway) will come a week later at the Monster Cup.

Either way, as you can see – and with the Australian Four Day Enduro, plenty of Endurocross action, and more right around the corner – there are many events to keep track of in the lead-up to 2016. Here’s Makker for more on Bathurst…

I’m really looking forward to the opening round of the Australian Supercross Championship at Bathurst this weekend.

Last year the Bathurst round draw a solid crowd thanks to the strategic piggy-backing of the event with the legendary Supercheap Auto Bathurst 1000 V8 Supercars race.

With Supercheap also expanding their sponsorship this year to cover the supercross opener, Bathurst really has become the place to be this weekend if you’re even slightly partial to cylinders, pistons and race fuel.

On track, the racing is going to be brutal and highly competitive. Matt Moss is undoubtedly the man to beat in SX1, even if he is coming off a miserable motocross championship.

All this means there’s going to be plenty of scorching action on track and more than a few gutted riders come Sunday morning.
The SX2 class is looking just as stacked, despite the absence of 2015 MX2 champ Jay Wilson. 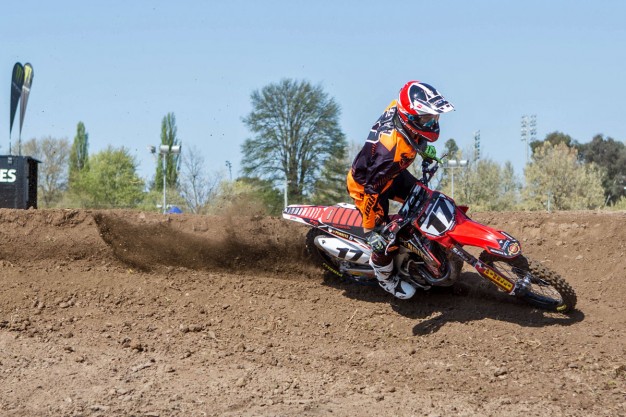 Serco Yamaha’s Luke Clout needs to make a hefty indoors statement if he wants to pick up a US-based contract in 2016, but new Penrite Honda Wilson MX rider Jackson Richardson and Penrite Honda Racing’s US import Jimmy Decotis will keep him honest all season.

And let’s not forget Victorian ‘Supey’ specialist Taylor Potter, who, although he’s probably out of the question for a championship win with other overseas commitments, will be eager to take up where he left off (remember, he won his maiden senior supercross race at Brisbane last year) at Bathurst.