Answering the unknowns ahead of this year's running.

In a couple of days time the motocross world will come to a standstill and be glued to computer and TV screens as the annual Motocross Of Nations fires up in Ernee, France. This year’s MXoN comes hard on the heels of fascinating championship chases in Europe, the States and Australia, making it the most anticipated event of the year. MotoOnline.com.au takes on some questions surrounding the 2015 installment of the ‘Olympics’ of motocross and provides some answers on what we can expect. 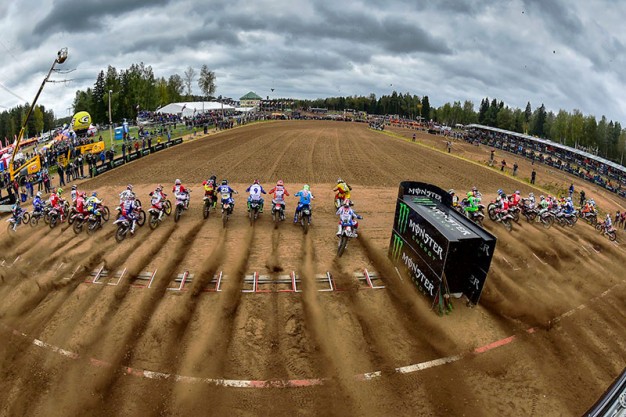 Q: Which country is the favourite to win this year?

A: France, hands down. Not only are they current champions after winning last year at Kegums, Latvia, but they have the luxury of defending their crown on home soil this weekend. On top of that, their 2015 team is incredible. MXGP front-runner Gautier Paulin is team captain, flanked by 2015 tearaway MXGP champion Romain Febvre and 2015 Eastern Regional AMA Supercross champ and Pro Motocross runner-up Marvin Musquin. Sure, anything can happen on the track, but with an all-star team of that quality, you’d be brave to bet against them going back-to-back this year.

Q: Why isn’t Ryan Dungey in the US team?

A: The 2015 American supercross and motocross champion was a notable exclusion from Team USA this year. After such a dominant season it was assumed that he’d spearhead the American effort to regain the title. However, from what we’ve heard, Dunge made himself unavailable for selection, preferring to take some much-earned time out after a brutal year of racing. His spot is filled by Justin Barcia, who’ll line up with fellow Yamaha racers Cooper Webb and Jeremy Martin to battle for American pride.

Q: Ernee sounds weirdly familiar. Has the MXoN been there before?

A: Yes, 10 years ago in 2005 and it was epic. The heaving crowd of crazed French fans who attended the hillside track was just staggering as they witnessed Ricky Carmichael lead the United States to victory. However, it was Kiwi Ben Townley who really stole the show with a spirited battled with RC in one race, then winning his second race outright. It’s highly unlikely New Zealand will be able to replicate the same success this year though.

A: Ernee is a unique hillside track in the way that it’s bordered by white picket fences. As for the track itself, expect a relatively narrow, flowing circuit with plenty of altitude changes and a surface that’s fairly hard-pack with some softer sections. The soil is prone to developing brutal square-edged bumps and tricky ruts, particularly in the two tight off-camber hairpins towards the end of the track. Mastering the track will be half the challenge this weekend. 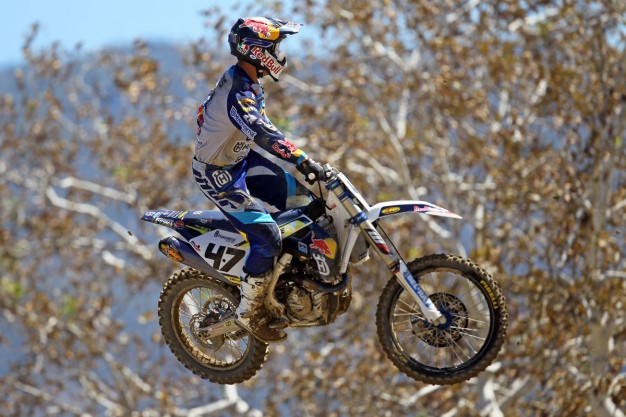 Q: What are Australia’s chances?

A: It’s hard to say, but a top five for Australia isn’t out of the question. Obviously Todd Waters and Dean Ferris are well and truly accustomed to racing at this sort of level and on their day can put themselves in podium contention. On top of that, Luke Clout’s late inclusion isn’t exactly a bad thing, as he did himself proud at the MXoN last year when he placed an impressive eighth overall in the MX2 classification. With Clouty harbouring dreams of riding in the US next year, he’ll revel in this opportunity to put himself front and centre.

Q: What happened to Jay Wilson?

A: The current MX2 champion was practicing on a rocky Belgian track a couple of days when he washed the front-end coming into a corner and landed on a rock that sliced his stomach open. It was a complete freak crash that any rider would’ve walked away from 999 times out of 1000, but devastatingly, the likeable Wilson was the one out of 1000 in this case. With no strength in his leg as a result of the torn stomach muscles, Wilson had no choice but to pull out of his first major international race. His former teammate Luke Clout has been rushed to France where he’ll take Wilson’s place on the Australian team alongside GP regulars Todd Waters and Dean Ferris.

A: There are quite a few, really. As well as the obvious absence of Ryan Villopoto and Ryan Dungey, Ken Roczen (Germany) is undergoing back surgery, Clement Desalle (Belgium) is out with a shoulder injury, Jeffrey Herlings (Netherlands) is still recovering from a horror hand injury sustained in July, while high-profile Australian racers Chad Reed and Brett Metcalfe also won’t be lining up under the green and gold tent. Still, there are a tonne of confirmed talented riders who will easily fill the gates, and any number of them can potentially win races. It’s shaping up to be a huge weekend.