The International Six Days Enduro (ISDE) in Slovakia will go down as a highly controversial one, as we await the final outcome from eight riders initially disqualified and then later reinstated, elevating France to the top of the World Trophy podium over Team Australia.

This decision was initially made by the International Jury of the FIM ISDE on day three, before an FIM International Disciplinary Court (CDI) decision on day five immediately and provisionally reintegrated the riders back into the classifications until further notice.

Given the effect such decision will have on the placing of our World Trophy team (placing us either first or second for the event), Motorcycling Australia requested an update on the proceedings from the FIM and received feedback from the FIM stating the following points:

– Each team that had riders disqualified were entitled to appeal the decision to the CDI within the period of five days, specified in the FIM Disciplinary and Arbitration Code (CDA).

– All appeals deemed receivable by the CDI on the basis of the applicable rules will be referred to the CDI Panel that will decide on the merits of the case in due course and the teams and riders concerned will be parties to any proceedings before the FIM CDI arising out of this matter.

– It was pointed out that MA is not a party to any such proceedings, the sole object of which is the disciplinary decision taken by the International Jury of the 2015 FIM ISDE under the applicable FIM regulations at the above event to disqualify a number of riders. 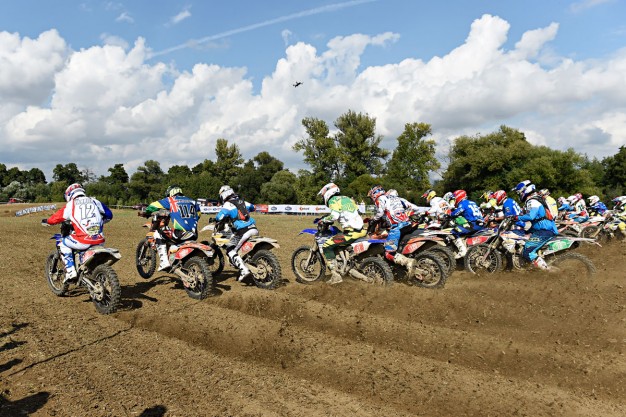 What does this mean? Basically, all we can do is wait to hear from the FIM regarding an official appeal from the French team regarding the initial decision to disqualify the French riders by the International Jury. The result of this appeal once heard by the CDI will determine the official placement of the Australian team.

That information above came directly from MA, so it is a case of waiting for the outcome, but it’s hugely disappointing for the Aussies. Sure, the French are great enduro competitors, but considering the Aussies went into conservation mode for much of the time with a lengthy lead, the late reinstatement of disqualified riders gave them little chance to respond.

Regardless of the final results, what this year’s ISDE did once again was prove that Australia truly has world class off-road talent in our domestic series. The Junior and Women’s teams dominated, while for now the World team’s provisionally ranked second, which is an incredible effort – especially considering two of our best in Toby Price and Josh Strang were absent altogether!

For me – and moto fans around the world – this weekend’s final round of the MXGP at Glen Helen is going to be just as fascinating to watch as the opening round at Qatar many moons ago. It’s practically shaping up to be a prequel to the Motocross of Nations next weekend and will give all parties a pretty damn good idea of where everyone sits before Ernee.

As well as the usual MXGP field, two thirds of the New Zealand team – Ben Townley and Cody Cooper – will line up on the gate, as will 2015 MX Nationals champion Kirk Gibb,s who’ll be more than eager to see how his pace ranks against the world’s best (as are we!), including Australian team members Todd Waters and Dean Ferris.

On top of that, a number of American racers are jumping at the opportunity to ride against the MXGP guys on home soil while they enjoy their off-season. A lot of these entries, whether it be through manufacturer involvement or sponsorship relations, have been pushed to race and it looks like it’s going to pay off in terms of exposure for both themselves and the event. 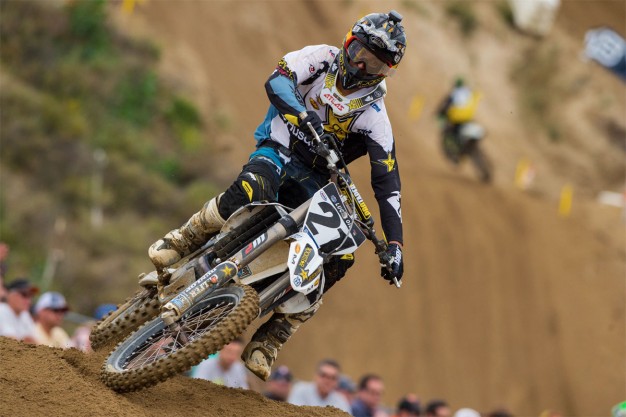 If that wasn’t enough to bring in the crowds, US team member Cooper Webb will also be there to gauge his speed aboard a 450cc machine, as will Australia’s Brett Metcalfe after completing the Canadian motocross season.

In the MX2 World Championship decider Monster Energy Pro Circuit Kawasaki pairing Joey Savatgy and Chris Alldredge and Lucas Oil/TLD KTM’s Jessy Nelson and Shane McElrath are all locked in to throw a spanner in the works of the title fight.

For me though, what I’m most looking forward to is seeing just how standout rookie and 2016 MXGP champion Romain Febvre compares to the American racers on their home soil. If I was to predict an outcome it’ll be that Febvre will make all the Yanks eat a huge slice of humble apple pie, which will come as a bit of a shock to the vast majority of the trackside fans who have probably never heard of him.

Sure, the Glen Helen and Ernee tracks are poles apart, both in distance and in style, but it’s shaping up to be a fascinating end to what’s been a remarkable MXGP season. Best of all, the racing will be shown live on Eurosport from 5:00am AEST Monday morning. Set a reminder in your phone as it’ll be one not to miss!