With the most anticipated racing event of the motocross calendar, the Motocross of Nations, just around the corner, MotoOnline.con.au picks out six teams and rates their chances of finishing on the podium this year. Team: USA
Riders: Jeremy Martin, Cooper Webb, Justin Barcia
Rating: 8/10
Rundown: With the Yanks winning at the same very track of Ernee, France, 10 years ago at the hands of the GOAT Ricky Carmichael, Ivan Tedesco and the legendary Kevin Windham, they’ll be feeling pretty confident of a repeat result this year. Even without 2015 AMA Supercross and Pro Motocross champion Ryan Dungey in the team (who made himself unavailable to catch some much-deserved R&R) the States is fielding an incredible team, with two 2015 champs (Jeremy Martin and Cooper Webb) and Justin Barcia, who won a number of outdoor rounds this year. The three Yamaha riders will certainly have their hands full trying to regain the title as the ‘greatest nation in the world’ but they have plenty of firepower to get on the podium.

Team: France
Riders: Gautier Paulin, Marvin Musquin, Romain Febvre
Rating: 9/10
Rundown: Few people would argue that France are the heavy favourites to lift the title this year after bringing the trophy home at Latvia in 2014. Not only do they have home-ground advantage, but damn, their team is epic. MXGP front-runner Gautier Paulin is spearheading their effort this year and it’s arguable that he’s the weak link in the squad – hell of a weak link to have! Marvin Musquin came devastatingly close to winning the AMA Pro Motocross championship this year after claiming the Eastern Regional 250 Supercross title, while Romain Febvre proved to be the shining light of the 2015 MXGP series as the newly-crowned world champion. Team France has an outfit that’s the envy of fantasy league punters across the globe. Team: Germany
Riders: Max Nagl, Henri Jacobi, Dennis Ulrich
Rating: 6/10
Rundown: Since 2012 when they claimed victory in the brutal sands of Lommel, ze Germans have been on a bit of a backwards slide on the world stage and to tell the truth, 2015 doesn’t look like it’ll be a landmark year for them either. Max Nagl, who started the racing year with a hiss and a roar, but is now returning from injury, should hold his own out there, but his teammates Henri Jacobi and Dennis Ulrich aren’t exactly household names and will need to seriously have the race of their lives out there. Where’s Roczen, we hear you ask? Well he’s out of action after receiving back surgery following the AMA Pro Motocross Championship. Had he been in the fold, Germany’s chances of a podium result would’ve been significantly increased.

Team: Belgium
Riders: Jeremy Van Horebeek, Julien Lieber, Kevin Strijbos
Rating: 7/10
Rundown: It seems like the Belgians have stuck with the old adage that ‘if it ain’t broke, don’t fix it’ for 2015. Last year’s runners-up return with the same team they brought to Kegums and really, you’ve got to admit, the cut of their jib is pretty solid. Van Horebeek probably hasn’t had as remarkable a season as he did last year, and Strijbos has missed seven rounds of this year’s MXGP championship, but Julien Lieber has shown flashes of brilliance in MX2 this year. They’re going to miss the caliber of Clement Desalle, who’s out with a shoulder injury, but still, they’re a good chance of a podium result. 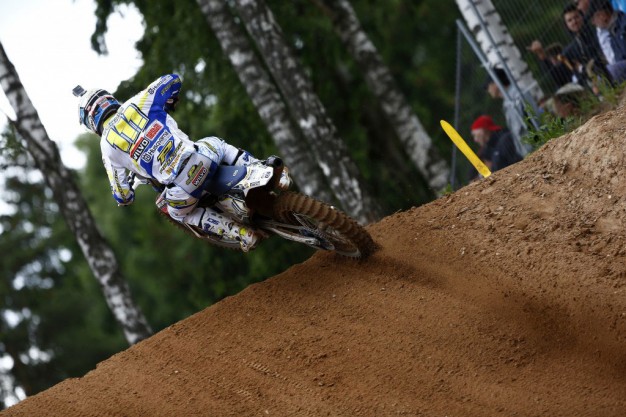 Team: Australia
Riders: Dean Ferris, Todd Waters, Jay Wilson
Rating: 6/10
Rundown: It’s hard not to get all patriotic whenever the Motocross of Nations comes around, but I honestly don’t really know what to expect from team Australia this year. On their good days, Todd Waters and Dean Ferris can absolutely push for race wins, but the stakes seem that much higher at a one-off race like the MXoN. Waters has performed exceptionally well at this event before and Ferris is likely to step up when the pressure comes on, but there’s also the unknown factor of national MX2 champion Jay Wilson, who’s entering his first European event. We know how fast he’s been in the back half of this season and how smooth and strong he is, but where he places on the world stage is anyone’s guess. He might lay the smackdown on everyone but then again, he might become a bit overwhelmed with the occasion. Time will tell but we’re hoping for an Australian top five – possibly even a top three – result.

Team: New Zealand
Riders: Ben Townley, Cody Cooper, Kayne Lamont
Rating: 4/10
Rundown: If New Zealand finishes on the podium at the 2015 MXoN it’s going to be nothing short of remarkable and it’ll be all because of a part-time racer called Ben Townley. Those with good memories will remember that BT had an incredible outing at the 2005 event at the same venue where he finished runner-up to Ricky Carmichael in one race then won the next outright. BT will have to do something similar then rely on his teammates Cody Cooper and Kayne Lamont to pull something special out of the bag in order for the Kiwis to stand on the box. Cooper hasn’t been able to hold a candle to the MX1 front-runners in Australia this year, especially when the race duration stretches out, and Kayne Lamont has only scored three points in the British Motocross Championship. None of these are really confidence-inspiring stats, but then, stranger things have happened.