Highs and lows from the Echo Valley round on Sunday.

MotoOnline.com.au pulls out the microscope and takes a closer look at some of the giant-killers and disappointments from the penultimate round of the 2015 MX Nationals at Toowoomba. 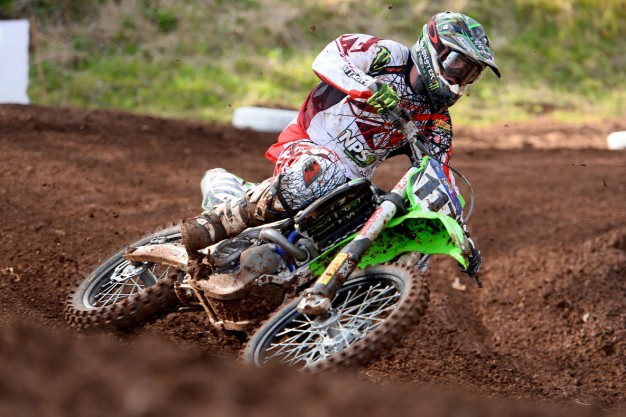 Jay Wilson: The Johnathon Thurston lookalike came into Toowoomba holding a slender three-point lead over his former teammate and defending MX2 champion Luke Clout. The hilly circuit has always treated Wilson well and he again shone as he finally grabbed his first overall of the season on countback from Taka Katsuya. As a result, Wilson turned his three-point buffer into a 21-point lead entering this week’s finale at Coolum.

Kade Mosig: The CDR Yamaha camp stood on top of the box for the third round on the trot, with Kade Mosig racking up a perfect 1-1 result at Toowoomba. It didn’t come easy for him as he and Penrite Honda Racing’s Ben Townley went tit-for-tat in a nail-biting opening moto. Then the Victorian had to pass BT, Dylan Long and Adam Monea – who all led the race at some point – in the second to round out a flawless result. It was Mosig’s third win of the season and it saw him sneak into second in the overall points standings.

Dylan Long: In his third outing with the NPS Monster Energy Kawasaki team, Dylan Long was a lot more impressive than his results looked. Longy was on a tear right from the outset when he claimed his first-ever Super Pole victory. After a seventh in moto one, he rebounded in the second race to catch and pass Ben Townley for the lead early in the race before fading late in the race. Still, the kid continues to prove what he’s capable of with some team backing. 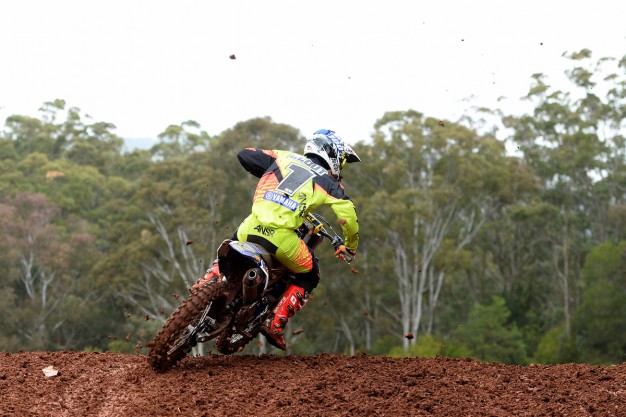 Luke Styke: After being a consistent top three rider practically all season, KTM’s Styke had a rare down day by his standards. The South Coaster battled is way to sixth in the opening hit-out, then finished fourth in the second race behind his teammate Kirk Gibbs. The MX1 rookie was cruelly punished for his fifth overall on a day where his closest championship rival Kade Mosig swept the floor, losing his grasp on second place in the standings as a result. He’s only 10 points adrift of Mosig, but now Adam Monea is snapping at his heels just five points behind. The stage is set for an enthralling battle for the podium this weekend.

Start-gate issues: At the commencement of the opening MXD race there was some sort of malfunction in the start gates where a handful on the inside dropped (including champion front-runner Wilson Todd’s) while the remainder stayed up long enough for the first group of riders to get a good couple bike-lengths’ head start. It’s not determined exactly what caused the problem – and a number of riders did hit the gates – , however crucially, Todd’s main rival Jayden Rykers was among the riders caught behind and had to play catch-up for the remainder of the race. He finished fourth and second overall, but is now 22 points adrift of Todd.

Luke Clout: After launching himself back into MX2 championship contention last week with an emphatic performance at Nowra, Serco Yamaha’s Luke Clout was hampered by bike troubles all day at Toowoomba. The hilly, technical nature of the track seriously hampered Clout’s chances of claiming a repeat championship in the process as he bled a valuable 18 points to series leader Jay Wilson. With a total of 70 points up for grabs next weekend it’s likely the title fight will still go down to the final flag, but Clout’s mountain became a lot harder to climb on Sunday.