MotoOnline.com.au highlights three standout performances from the weekend’s ninth round of the 2015 MX Nationals at Toowoomba. Radar isn’t strictly about the winners, it’s about the unsung racers that we spot performing above expectations on any given race weekend. Egan Mastin (Team Motul Suzuki) – MX1, 9th overall:
It was never in doubt that Mastin would be strong in place of Matt Moss at Team Motul Suzuki, which he was. Moto one was particularly impressive as he raced comfortably in sixth before a mistake dropped him down the order to ninth. In the second moto he finished 10th, resulting in ninth overall. Look for even more out of him at Coolum. 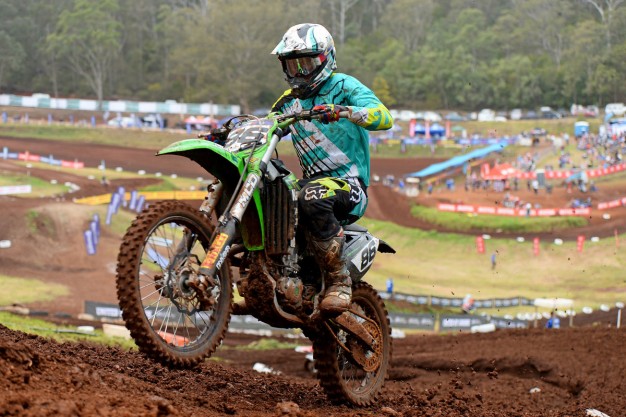 Daniel McEntee (Kawasaki) – MX1, 13th overall:
We’ve featured McEntee in this feature earlier during the season and at Toowoomba, on one of the year’s most technical tracks, he once again proved he belongs in the premier class of Australian motocross. With a 15th in moto one and an impressive 12th in the second, the KX450F-mounted privateer was in good company just outside the top 10 for 13th overall. 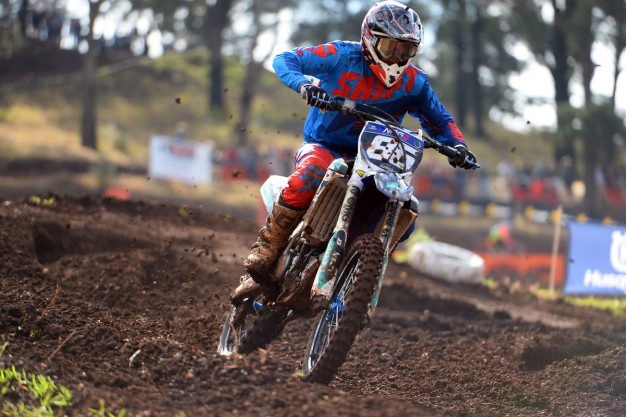 Richie Evans (JWR 13 OMG Yamaha) – MX2, 11th overall:
Evans had appeared earlier in the season at Coolum in MX1, but the step across to MX2 for Toowoomba with the Jason Watson Racing outfit produced strong results. Evans worked his way through the field for 15th in moto one before surging to eighth in the second moto, displaying his skill against the nation’s best in MX2. A top 10 is within reach for this weekend.