Thoughts on the Waters, Wilson and Ferris combination.

Earlier this week Motorcycling Australia announced that Todd Waters (MX1), current MX2 points leader Jay Wilson (MX2) and Dean Ferris (Open) had been chosen to represent Australia at the Motocross of Nations at Ernee, France in September. While no reserve riders have been named, social media took a bit of a hammering as people jumped up and down with differing opinions on who should’ve been selected. MotoOnline.com.au rounded up five guys in the know to get their opinions on the selected team. 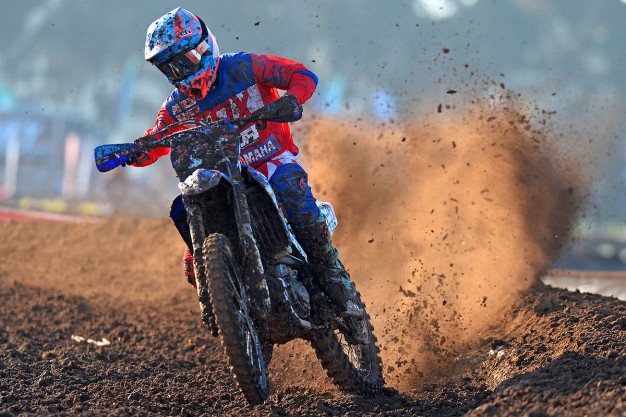 Matt Moss (current national MX1 champion):
I think it’s a good, strong team. Obviously I thought Todd would be there but I’m not sure where Brett Metcalfe is with everything and whether he put his name forward for selection at all. With Dean living in Europe already I can see why they chose him but I really thought Australia would’ve given Kirk Gibbs the opportunity to get some race experience in Europe, which where he wants to take his career. As a general rule I think it’s MA’s job to help people fulfill their goals and I believe he would’ve done just as good a job as those guys and could’ve even cemented himself in for a ride next year. If it was up to me I also would’ve probably chosen Luke Clout over Wilson. Clouty’s had some experience on the MXoN stage after last year where he rode really strong. This year he’s won several rounds this year and had a lot of race wins, whereas Jay hasn’t won any. Both the guys are in form and my preference would’ve been Clouty, but I’ll be cheering on the Aussies regardless.

Craig Dack (seven-time MXdN representative):
I think it’s the obvious team choice and I think the selectors got it right; they do a very thorough job and don’t just pick the riders’ names out of a hat. Ferris and Waters are ready to go and are set up in Europe already and Wilson has come on strong the past few rounds. It’s exciting to see a new guy get picked; I know Jay’s got aspirations to go overseas so let’s see what he’s got. I was picked seven times myself and the first time I was so proud. I wish him and the team all the best. The team I ran with Jeff Leisk and Glenn Bell for third equal and fourth on countback, which was the highest-placed team in a long time. If I have any advice for Jay in particular, it’s to just enjoy it and soak it all in. The des Nations is an amazing event and he’s got Josh Coppins in his corner and he knows a lot of tricks. I think Australia’s chances of a good result are quite high.

Wade Hunter (top MX2 privateer):
I think it’s great team. Toddy deserves it and is riding awesome despite some big crashes. Ferris has been a bit hot and cold this year but if anyone’s able to step it up for the Motocross of Nations, it’s him. It’s easier for those two as for them it’s almost like a normal weekend’s racing with a few new faces and a couple of Americans thrown in. Jay Wilson’s the quickest lites rider at the moment and I think he should have it. He passed Clout outright in the final race at Nowra, and with the red plate and the New Zealand championship, I think he’s got a good leg to stand on. I’m sure it would’ve been a tough choice between Gibbsy and Ferris: Gibbs is riding awesome at the moment, but it’s hard to guess who’d be quicker at the moment. Either would’ve been a good choice but I guess Ferris has more experience on the world stage. 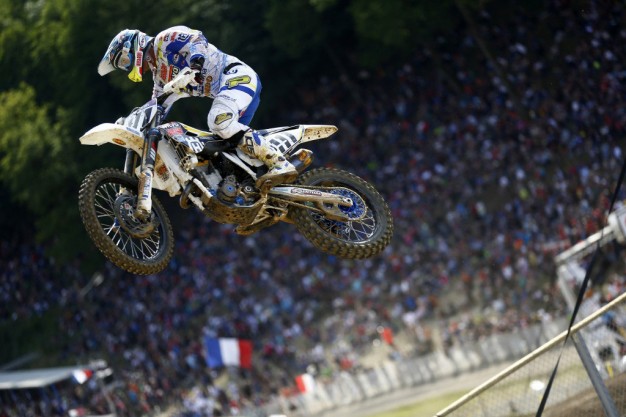 Scott Bannan (Queensland supercross promoter):
It’s a good team but I think Kirk Gibbs deserves a shot. He rode at my house with Todd and his pace is right up there with him. I firmly believe that whoever wins the MX1 MX Nationals championship should earn a position on the team unless there’re other riders dominating overseas like Chad Reed was. It gives the guys back home something extra to strive for and Gibbs wants to take his career to Europe in the near future. As for Jay Wilson, I think he’ll do well, especially with Josh Coppins behind him. For mine it’s a 50-50 call between him and Luke Clout for that MX2 position, but no matter who you pick, someone’s going to be pissed off. Selecting a team when there’re so many candidates would be a shit job.

Ben Townley (NZ MXoN team member):
The Aussie team is weak, us Kiwis are going to smoke them [laughs]! Nah I think the best word to describe the Australian team is solid. Dean and Todd have both been solid this year; neither have really set the world on fire but they’re not doing badly. The MXoN is one of those events where you have to rise to the occasion and in the past Dean’s done that big-time. He knows the importance of it, is a great starter and will do well. I think Jay Wilson’s a smart pick too. The blue 250cc bikes are fast at the moment and with both Josh Coppins and Yamaha Europe behind him, you know he’s going to have a decent bike. I wouldn’t have been surprised if Gibbsy had been given a shot, but then who do you drop? Everyone is so evenly matched you’d almost have to flip a coin. Gibbs always qualifies well, starts well, races well, he’s fit, prepared and is just a solid all-round rider. He’s not always the flashiest rider on the track but he’s definitely matured into a consistent performer and he definitely warrants des Nations selection in the future.