As the MX Nationals heads into the final two rounds of the championship we’re starting to get a really good idea of how both the MX1 and MX2 podiums are shaping up and who’s looking more and more likely to finish the year with some silverware and championship bonuses.

In MX1, the title is well and truly in the grasp of Kirk Gibbs and he could quite easily claim the number one plate by the close of business at Toowoomba with a round to spare.

Gibbs currently has a 65-point lead over his teammate Luke Styke and continues to eke out his buffer, even when he has a shocker like he did at Nowra on the weekend. Both have been busy testing the 2016 450 SX-F this past week and will race them for the season-remainder. 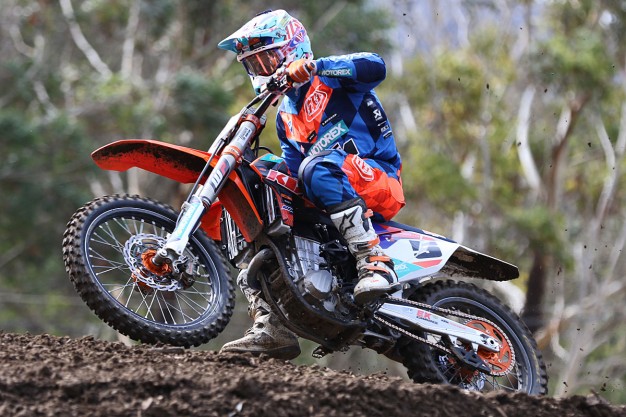 As for the minor placings, I don’t think they’re going to change drastically unless some real bad luck comes Styke’s way. The battle for third between CDR Yamaha’s Kade Mosig and his Victorian sparring partner Adam Monea.

Only seven points separates the two, but with Toowoomba being the traditional home round for his NPS Kawasaki team, expect him to have a good round in two weeks time. Both guys are also strong in the sand, so the Coolum finale could see some fireworks between the two guys.

As for MX2, the podium positions are practically sorted out, it’s just the order that could change. Luke Clout’s and Jay Wilson’s rivalry is going to reach boiling point as they each try and gain the upper-hand, while Japanese veteran Takeshi Katsuya is holding the flag for the privateers with his comfortable third overall.

Before Nowra I half-expected Caleb Ward to put himself into podium contention for the championship, but a shocker on the tight South Coast track has pretty much knocked his top three chances on the head.

The MXD field hasn’t’ received a lot of attention this year but it’s been fascinating to watch Jayden Rykers finding some seriously good form over the past few rounds and close the gap on series leader Wilson Todd. 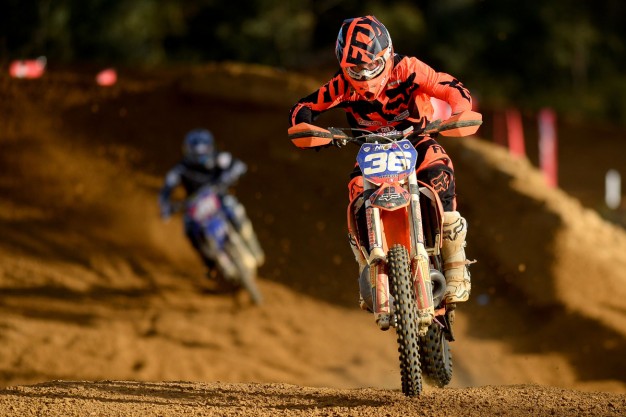 With the two final rounds being in Todd’s home state, it’s going to take some bad luck on his part to stuff up his lead, though.

Even when Rykers scorches away out front, Todd is never far behind and has proven to be one of the most consistent MXD riders out there; apart from a fourth at the opening round and a disappointing 11th overall at Murray Bridge, Todd has featured on the podium every round.