MotoOnline.com.au highlights three standout performances from the weekend’s eighth round of the 2015 MX Nationals at Nowra. Radar isn’t strictly about the winners, it’s about the unsung racers that we spot performing above expectations on any given race weekend. 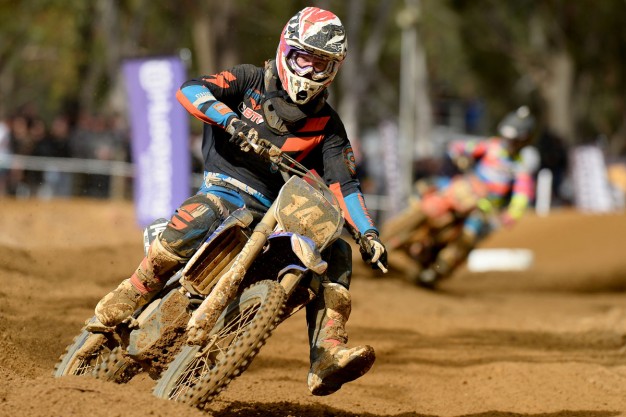 Keiron Hall (Yamaha) – MX2, 6th overall:
Finishing sixth overall against the nation’s best MX2 racers in a guest appearance is no mean feat, but Hall convincingly did just that on Sunday at Nowra. He was right in the mix across both motos, finishing a fine sixth in the opening race before improving further to fifth in the second. We’re sure there were a few regulars thinking ‘who’s that?’ on track initially, showing just how capable he is on board the privateer YZ250F, before going back to excavating this week! 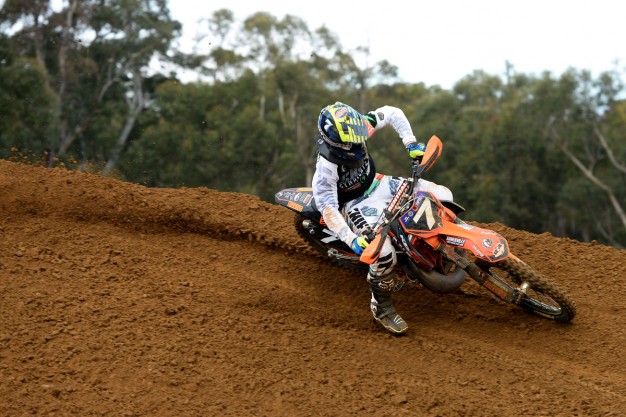 Jack Simpson (Davey Motorsports KTM) – MX2, 10th overall:
As a rider with so much untapped potential, we’ve scratched out heads plenty of times in 2015 while Simpson struggled in the MX2 field. Nowra marked a turnaround of sorts for the Victorian champion, featuring up front during both motos and seemingly comfortable doing so. The end result of 10th overall via 9-10 moto finishes wasn’t as high as it could have been, but it should give him some confidence entering the final rounds. Kale Makeham (Team Motul Suzuki) – MX1, 9th overall:
Being a factory rider on Team Motul Suzuki, there has been a lot of expectation placed upon Kale Makeham this year, but he’s largely failed to fire across the course of a national weekend. His capabilities are no doubt high as an MX1 rookie and there have been glimpses of real form, but consistency has been hard to come by and the added pressure of flying Suzuki’s flag solo due to Matt Moss’ injuries adds pressure. So, with ninth overall after a pair of ninths in the races, lets hope he can make gains from here for a strong finish.