When CDR Yamaha announced just weeks out from round one of the 2015 MX Nationals that Dan Reardon would be making a shock comeback on board their factory-backed YZ450F, it turned heads worldwide. Could the 2007 champion make a successful return after more than two years on the sidelines? Eight rounds in and he’s officially a winner again, taking out the MX1 overall at Nowra on Sunday much to the delight of his longtime supporters. MotoOnline.com.au got the scoop from the 29-year-old post-race. 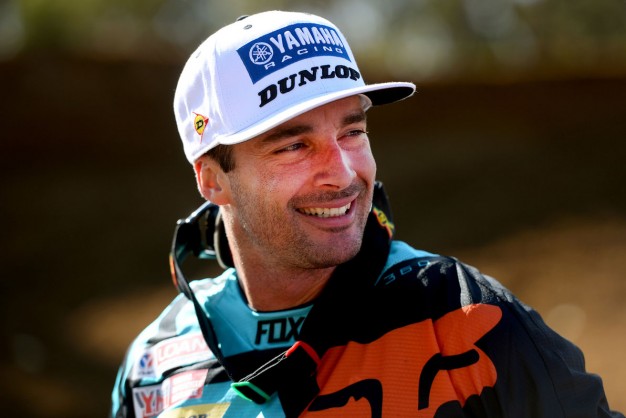 Dan, Nowra MX1 winner with 1-2 results for today. It must feel pretty good!

Yeah, it feels awesome. You know, at the start of the year I don’t know if that was in the plans, but after getting a couple of races under my belt we thought that maybe it’s possible. It’s been good, it’s been a really fun year so far, we still have a couple of rounds left, but to get that feels amazing. The main thing is just consistency – I’ve led many races, many laps this year, but just haven’t been able to put two races together. I was just happy, that was my main goal going into today, whatever happens to put two races together. Awesome to come away with the win, I’m over the moon and ecstatic for it.

The track today was tight in some places, some high speed sections as well, what were your thoughts on that? It produced some really close racing.

The track was tough mentally because it didn’t allow you to push really, really hard. Anytime you did, especially as the day progressed, you ended up making a small mistake. I was my own worst enemy in that second moto, probably hovering around 10th, so I had to ride super-aggressive because I needed to be up there. This track didn’t allow you to wait for an opportunity, you had to make one and yeah, so considering, I’m just really pumped. I was really happy with that first moto win, to lead from start to finish felt a lot better than that second moto did, but at the end of the day when the points add up I was just happy to stand at the top. 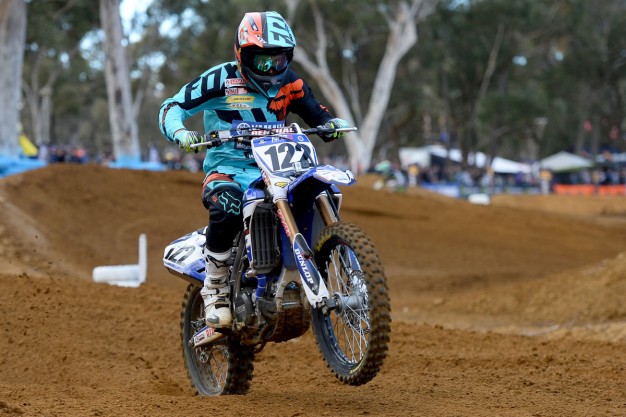 Earlier in the season you said you wanted on paper, at the end of the day, to look good and it doesn’t get any better than a win obviously. That’s an important part of it as well, getting that overall result.

For sure and you’re right, I said to a couple of people if someone ever asked me what my goal or plans were this year, I just wanted to look good on paper. Unfortunately that hasn’t happened. I don’t want to contact all my sponsors on Monday and say ‘oh yeah we were going pretty good, but…’ you know? So I am just glad to put two together and number one looks awesome. We have a bit of a break now, three weeks, and then the last two rounds, so I’m looking forward to being in my hometown up in Queensland and hopefully we can finish the season off strong.

Just quickly, the comeback, after a couple of years out, is it starting to feel natural again eight rounds in?

Yes and no. It is because I totally come back because I love the sport and I want to this again. But this year’s been tough, you know, a lot of people forget – well they don’t forget, they probably don’t even know – that before the season started I was away working in the mines, I was still sitting on the couch drinking beer and I had no off-season or pre-season. I pretty much jumped in feet-first and said ‘okay, lets do this’. I signed with CDR four weeks prior to the first round and I didn’t have any preparation really. We’ve just been rolling with the punches, trying to improve bits and pieces we test throughout the season, to try and help be comfortable and go faster. It’s been good, the team’s been patient, and they know where we started from and to get a win. My goals continually change, I try not to change them too much week after week, but once again I’m just pumped.

It’s definitely good to see, adds a lot to the class, and well done.