KTM Off-Road Racing Team’s Toby Price has further extended his Australian Off-Road Championship win record after claiming a fifth crown in dominant fashion at round 10 of the series in Kyogle, NSW, on Sunday. Price has wrapped the title up with two rounds still to go and is now preparing for his next huge adventure as a full-blown rally racer with the Red Bull KTM Factory Rally Team. MotoOnline.com.au caught up with the 27-year-old earlier this week to get the low-down. 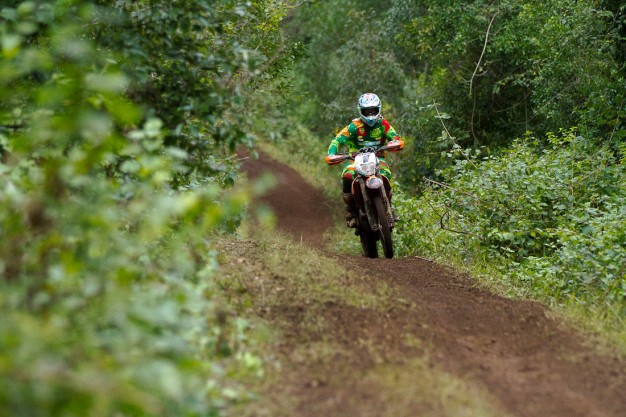 Toby, huge props on claiming your fifth Australian Off-Road Championship. How does it feel to extend your win record?

Thanks mate. I’m stoked to come away with that result and to wrap it all up with two rounds still to go is pretty cool to do. Each title is special in its own way and I’m rapt to be able to be able to extend my record to five titles now. Hopefully we can hold onto that record for a while, even though the young guys coming through will hurry me up. But this year’s gone really well for me and we tied the rounds together really well. We had one drama where we couldn’t recover from a first turn crash, but apart from that it’s been a smooth run.

There was a real mix of conditions at Kyogle. How was it out there?

It was pretty slippery, especially on Saturday. This round was supposed to be a Cross Country race and everything was looking good when we rocked up on Friday, but then it absolutely bucketed down rain on Friday night. The original track was pretty crazy and went up and down hills, but they’d held a race in the rain there before and it was impossible to ride the hills so they changed it to a Sprint format both days. We didn’t get to walk the changed track on Saturday before the racing started although a few guys did. As a result it took a couple of Sprints to get track dialled, but Chris Hollis was on fire and the conditions suited him really well. I ended up second to him on the day and there are no excuses there – I got beaten fair and square by him.
On Sunday I got the win and wrapped up the championship with two rounds to go, so all in all it was a really successful weekend for us and we couldn’t be happier.

So what are your plans now that everything is wrapped up here? Are you flying straight out for your new Red Bull KTM Factory Rally Team ride?

I’m actually going to Fiji for the dealer launch of the 2016 KTMs this weekend, then I’ll fly to Spain and start getting the rally bikes set up and prepare for the rallies at the end of the year. We’ll spend a bit of time on the bike and it’s going to be busy for me, but I’m looking forward to it.

Geez, riding in Fiji sounds like a pretty tough gig.

[Laughs] yeah, doesn’t it?! I’m not sure what the plan is or how much riding we’ll do; they’ll tell us what’s up when we get there. It could be that we only do 20 seconds of riding the bikes from behind a curtain and onto the stage and present the new range, but I’m hoping to divert a bike and hit some trails quickly while I’m over there. 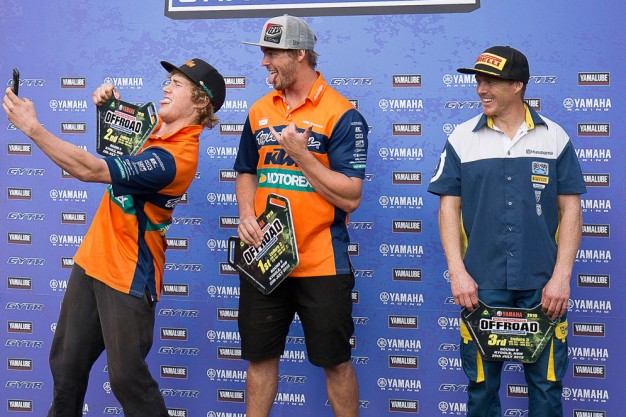 You’d already previously pulled out of the ISDE because of your rally commitments, but what are your plans for the Australian Four Day Enduro (A4DE)? Are you going to be racing this year?

I’m definitely locked in for the Four Day. The only one I’m going to miss this year is the ISDE in Slovakia because there was a clash of dates with a rally in Peru. With the Dakar finishing in Peru next year, it’s important I race that one. It’s a shame to miss representing Australia at the ISDE, but the rally stuff is going to be my big focus, probably for the next 10 years or so, and hopefully I can represent Australia well again in the Dakar and get on the podium again. The Four Day this year is going to be really interesting though. I’ve never been to Tasmania before and I’m expecting it to be slick and wet. It’ll be my last race in Australia this year and I haven’t won a Four Day since 2011, so I’m really going to have to pull my finger out!

So will the 2015 A4DE be the last time Australians get to see you race for the near future?

Not necessarily. Once the 2016 rally dates have been released we’ll look at how they line up with the Australian calendar and if there aren’t any clashes I’ll definitely race Finke and Hattah. I’ll still be lurking around and if the team is happy for me to do so, I’ll hopefully throw myself into an AORC event here or there and have some fun. One of the great things about my rally contract next year is that I’ll still be based here in Australia. Home is always home and after six to 12 months overseas the novelty wears off and you want to be back home with family, friends and familiar surroundings. Next year I’ll have all of that and will fly to each rally. It’s going to be a great program and I’m looking forward to it.

Brilliant. Thanks for the heads-up, mate. Have fun in Fiji and Spain and we’ll see you at Tassie.