On a tumultuous day of racing, 25-year-old CDR Yamaha pilot Kade Mosig snatched his second MX Nationals MX1 overall of the year with a strong showing on a rut-infested Shepparton track. MotoOnline.com.au caught up with Mosig after racing concluded to get the scoop on his day. 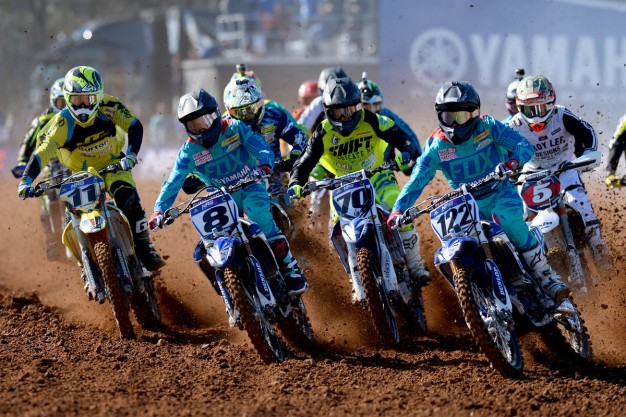 Kade, another good win for you today and two holeshots to boot. That’s a good day in the office.

Yeah two from two [holeshots]; it doesn’t get much better than that, does it!? It’s something I haven’t really done this year so it was good to get out in the fresh air and not have to deal with the pack. In the first moto I got into a battle with my teammate Dan Reardon, who passed me early on. I was patient and stuck with him for a bit, then Lawson Bopping came through and passed both of us with some good lines that he was using. I composed myself and in the later stages of the race I put in a charge and got into the lead with four or five laps to go and started sprinting to build a good buffer so I could ride smart to the win. The past few rounds have been a bit of a struggle with one good moto, then one bad one, so it was good to bounce back and get myself into a good position again at the start of the second moto. I got into a tight battle with Adam Monea straight up – he was riding fast – and it was sort of a flashback to our junior days battling again. Dan put a charge on too and got by, but I knew I was in a good position for the overall and didn’t want to take any crazy risks, so I just ticked off some clean laps and got the job done.

The track got surprisingly gnarly. Was it as tough as it looked?

Probably gnarlier! I walked it on Saturday and it had a dry crust on top, I think they prepped and ripped it nice and deep a few weeks in advance, and it then soaked in a lot of rain as it’s been pretty wet in Victoria. It made for a gnarly track that was motocross at its finest – if you know how to ride technical ruts then your skills shone. There were multiple lines in every turn and sometimes the insides worked well, then sometimes the quickest line was on the outside. You had to pick the best lines for the right areas of tracks, carry momentum and flow as best you could, even if it meant having to just let the bike float along a four-foot deep rut. It was also good to see the championship mix it up and use a concrete start this weekend. That was a cool, different element we don’t usually get.

Probably the biggest talking point of the weekend was Matt Moss’s collision into the bobcat during Super Pole. Did you see it happen?

Kinda. We were quite far back from the finish line and the straight he crashed on went two-three-tabletop. By the time you hit the table you were carrying some real speed and in third or fourth gear. I seen him jump and he changed his body position and was carrying his front wheel high and I thought ‘that’s a bit weird’, then we just heard the engine stop with a crunch and the radiator explode, then saw the bobcat back out. I couldn’t believe what I was seeing; I was in a panic just hoping he was okay. It blows me away that something like that could happen at this level. I’m not pointing fingers, but we all know it shouldn’t happen and I’m just glad to see he’s okay for what could’ve been really serious. He hit so hard he shunted a two-tonne digger sideways, punctured its tyre and dented its rim. That’s f**king gnarly. Mossy was the first guy to go out for Super Pole and after that we all decided we weren’t going to finish it. 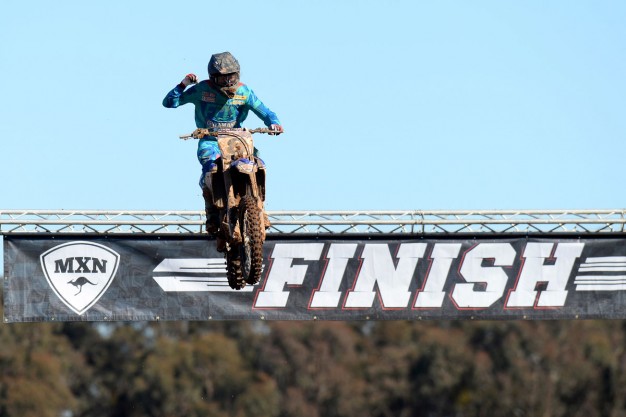 Fair enough too, the footage was brutal. You kind of touched on it before, but at the start of the first moto you had a pretty cracking battle with your teammate Dan Reardon. Were flashes of Broadford going through your mind at all?

Not really. I take each race as it comes and we’ve put all the shit behind us now. People still talk about what happened at Broadford, but I’m a racer and I want to put myself in the best position to win races. I had what it took on the weekend and it showed with my results.

This week Craig Dack made no secret of the fact that he’s keeping an open mind about who he signs next year, with no-one guaranteed to be re-signed. What are your thoughts on that?

To be honest I didn’t read the interview, but it doesn’t change things for me. I’m taking each race as it comes, working hard, improving and putting everything into winning races. I love working with the team, it’s my first year at CDR and I hope to grow and learn from the guys. They carry a lot of great experience and they can help me towards my goals of winning championships, then one day taking my career overseas. I’ll just keep winning and tick the goals off one by one.