Looking back at the Australian-owned international outfit.

With Kirk Gibbs and Luke Styke comfortably sitting in first and second in the 2015 MX Nationals MX1 championship, it’s staggering to think that KTM’s last premier class Australian motocross title came with Craig Anderson in 2002 when he piloted a 540 SX to the title as part of an in-house factory program.

KTM has won three MX2 outdoor championships since the turn of the century, with two of those coming in 2010 (PJ Larsen) and 2011 (Matt Moss) through the now-defunct JDR Motorsport team; a team that experienced one of the most monumental rises and falls that we’ve seen in Australia.

The sudden upscale and professionalism of the JDR outfit during such a tough financial period (during the ‘credit crunch’ that sent global markets into freefall) was a huge talking point in the pits and it wasn’t long before the team brokered a deal with KTM to take control of their entire factory racing program for 2010 and beyond.

The new-look JDR Motorex KTM team emerged in 2010 featuring a star-studded line-up; McFarlane and Tye Simmonds were to race the Pro Open class, while Marmont returned for another Lites campaign alongside US import PJ Larsen. 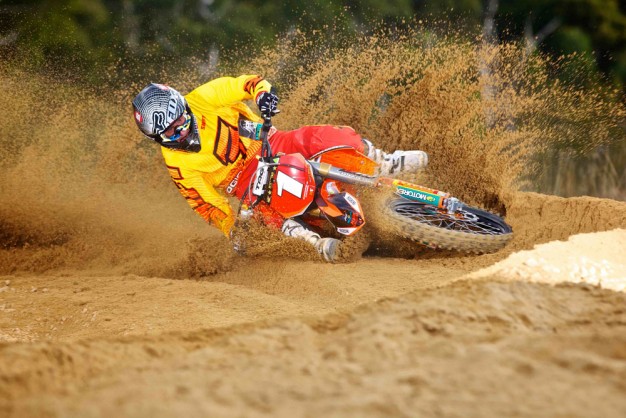 2010 proved to be a huge roller-coaster ride as the team and industry experienced the tragic passing of ‘Sharky’ McFarlane at the Broadford round of the MX Nationals. The accident knocked the wind out of the sails of everyone, but the JDR camp rebounded miraculously to convincingly win the Pro Lites championship at the hand of Larsen.

“The whole team has been working really hard because we wanted to win the title for Andrew; the whole goal was to go and do our best, make Andrew proud, and I think that we did a good job of it,” Larsen said afterward.

After the Super X championship in the same year JDR announced it was expanding its operations to field a five-rider Australian team and a two-rider US team. J-Star Motors was secured as the headline sponsor for the new American team that featured Larsen and Simmonds, while former pro racer Nate Ramsey was hired as the team manager.

Back home, the team signed a veritable who’s who of Australian motocross, with Dan Reardon and Marmont locked in for the Pro Opens and Matt Moss, Josh Cachia and Brenden Harrison for Lites.

Again the domestic team proved to be a class act in the Lites class (both Reardon and Marmont were injured mid-season), with Matt Moss claiming the title, Harrison fourth and Cachia seventh.

2012 started with a huge bang with the team releasing a big-budget film shoot called Dream Ride, with newly-signed rider Malcolm Stewart and Cachia at a private track in Cairns. On top of that, Moss, who transferred from the Australian team to the US outfit, gained his first-ever AMA Supercross podium with a sensational performance at San Diego.

However, back home JDR couldn’t replicate the same form that carried them to back-to-back titles, with Cachia the best of their four-rider team finishing the MX Nationals in third overall.

With the team looking to expand into the amateur US scene to help bring riders up through the ranks in 2013, team owners Jay and Derek Rynenberg sat down with KTM Australia general manager Jeff Leisk and nutted out a plan to pull out of the Australian race scene and hand the factory team back to the manufacturer.

“We need to attract potential up and coming riders that can be moulded to win AMA championships,” Jay said at the time. “The scale of running an amateur program in the States is on the same scale as running a whole team in Australia. We’d have to essentially try to run and manage three teams, so the decision was made to turn our full attention to the US program.”

The explanation made sense, but in hindsight it seemed the team’s death knell was already sounding. Moss returned home to Team Motul Suzuki team and instead the team took Cachia over to the US to join the re-signed Malcolm Stewart and rookie sensation Joey Savatgy for AMA Supercross, as well as amateur racer Chase Bell 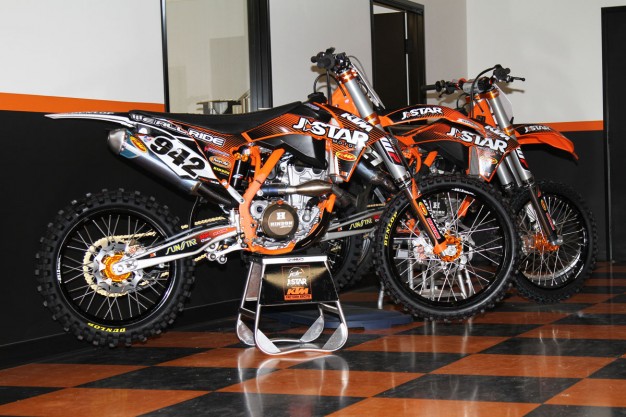 Again the JDR/J-Star team tried to build hype around their riders and sponsors with another big-budget YouTube edit, Dream Ride 2, which they filmed in Hawaii. However just three weeks into the supercross championship word got out that the outfit was in trouble.

Its original investors had financial troubles and could no longer afford to fund the JDR/J-Star team. The Rynenbergs left no stone unturned in an effort to find a major backer to help them out, but it was too late and the team was forced to close its doors at the end of the 2013 supercross series, as Savatgy finished ninth, Stewart 10th and Cachia 17th on the West Coast.

In their final statement released in January on Facebook, JDR explained, “we had full intentions of seeing the year out, but with the costs of running a professional team we cannot continue the cost personally. We have worked tirelessly on gaining the support of the much needed sponsors, but with the current economy this simply has not happened.

“JDR has been a family run team, who had a dream to succeed in one of the greatest sports and even though this part of the dream is ending we feel with the people we have come to know and the loyalty of sponsors and fans it has been a definite success. It has been an awesome journey and we are grateful to you all.”

Since then back home the in-house KTM Motocross Racing Team operated under Rob Twyerould has been immensely successful post-launch in 2013, finishing runner-up with Todd Waters that first year and then again in 2014 with Kirk Gibbs. It looks like 2015 could in fact be the team’s year to take the 450 SX-F to the title, with Gibbs and Styke proving the class of the field to date.