The MX Nationals mid-season break is over and it’s time to go racing tomorrow at Raymond Terrace’s MX Central facility, round six of the 10-stop series.

Not unlike the start of the year, high hopes are taken into round six following a lengthy layoff, enabling riders to refine their approaches and also for teams to further develop their bikes.

KTM hasn’t got the 2016 models on hand as was initially expected due to a hold-up in arrival, however the team of Kirk Gibbs and Luke Styke aren’t overly concerned considering their great success with the current 450 SX-F.

A notable rider to return this weekend in Ross Beaton as part of the DPH Peter Stevens Yamaha outfit alongside Lawson Bopping in MX1, planning on easing his way back into national racing seriously for the first time since 2010. 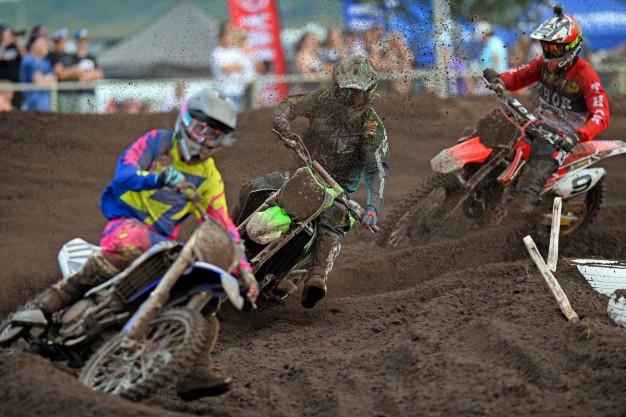 There’s a certain buzz about the signing of Dylan Long at NPS Monster Energy Kawasaki, which team manager Troy Carroll is hoping is a type of ‘diamond in the rough’, so to speak.

We saw the emergence of Jacob Wright last year in the second part of the nationals when he was drafted into CDR Yamaha and the feeling is that Long could very well make a similar impact in podium contention and potentially even race wins.

While Gibbs has been the benchmark and the likes of Styke, Adam Monea, Lawson Bopping, Kade Mosig and even Dan Reardon has shone along the way, there are plenty of riders eager to turnaround their seasons – Matt Moss, Cody Cooper, Kale Makeham, Ford Dale, to name a few.

In MX2 we’re expecting it to be as unpredictable as ever this weekend, still really waiting for someone to stand up and take this title by the horns.

It looks as though the #1 plate will be fought out between Luke Clout, Jay Wilson and Taka Katsuya, however don’t yet count out Jed Beaton in fourth if he can get momentum on his side over the next five rounds.

While they’re long shots for the championship, you can guarantee that Caleb Ward, Nato Crawford, Luke Arbon and possibly Wade Hunter judging by his form this year will hassle them the whole way.

Unfortunately for Geran Stapleton, who has trained hard in the US of late, he has been hospitalised this with and illness, but has checked out and plans to race tomorrow – determined to make the most of his efforts since Coolum.

We uploaded a new Australian digital publication, Inside Dirt, earlier this week, which is essentially an expanded MXN Mag that has featured as the series’ official program for the past couple of years.

Inside Dirt is a neat insight to Australian motocross made by the series organisers, featuring a broad range of content from a variety of angles. As well, you’ll find a few familiar MotoOnline.com.au articles in there that we share with the crew.

That’s it from me for this week ahead of a big weekend ahead, here is Makker with his take on the races tomorrow… 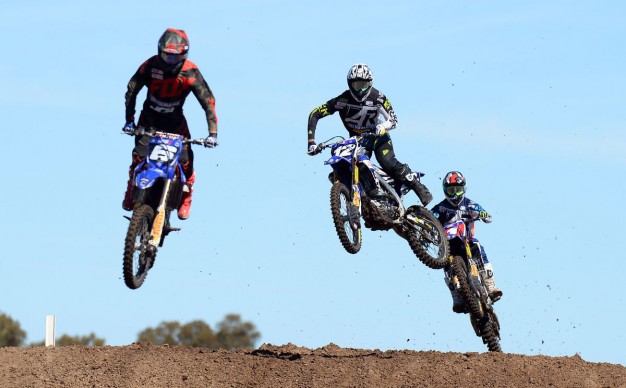 In some ways it seems like the six weeks between Coolum and Raymond Terrace has flown by with the snap of your fingers, but in other ways it seems like an eternity ago that Lawson Bopping and Caleb Ward shared the winners’ grins on top of the Coolum podium.

Certainly a lot has happened during the break and they’ve all added elements of suspense to how the second half of the MX Nationals will play out.

One of the biggest twists was Jake Moss picking up yet another broken leg this year, which will see him out until at least supercross.

I had a great chat with Mossy this week about the injury and the complications that followed (including him actually dying in hospital and having to be resuscitated!) and in typical Mossy fashion, he wasn’t scared to call a spade a spade. He’s under no illusions that these consecutive injuries might spell the end of his career.

Sure, he’ll come back for supercross, but geez, for him to be competitive with no racing experience in almost a year against a field full of blokes who’ve been going at it most weekends is a tough ask.

There’s no question that Moss has the speed and the natural talent to win titles, but his strength, bike feeling/fitness will be the biggest hurdles he’ll face.

It’s not a question of if he gets offered a ride next year – hell, I’d expect any of the privateer or satellite teams would be proud as punch to gain his signature – it’s a question of whom.

After a couple of seasons racing in the US and wanting to settle down and start a family any time now, Mossy knows how much he’s worth and how much moola he needs to make it worth it. 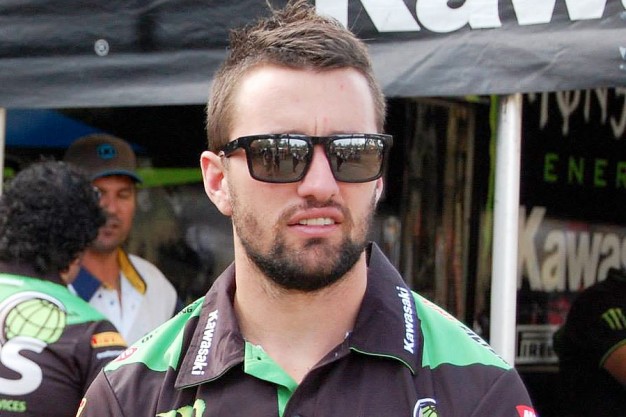 Realistically only the factory teams could make him an offer that’d be somewhere in the ballpark of what he needs and those five brands are spoilt for choice with the amount of talent coming through the ranks now.

One of those young talents is Dylan Long, who’s received the call-up to replace Moss at NPS Monster Energy Kawasaki. Long has regularly proved to have the speed and style to compete with the front-runners this year, and with some proper factory backing, the young Victorian has the potential to wreak some serious havoc in the MX1 class over the next five rounds.

Longy isn’t a bloke who takes golden Willy Wonka tickets like this for granted and he’ll be chomping at the bit to prove his worth and not leave an ounce of energy left in the tank from here on out. He’s not one to die wondering and that could spell trouble for many of the podium favourites, including his new team-mate Adam Monea.