The mid-year is officially here and what an interesting season it’s been so far. Across the planet there’s been plenty of surprises in terms of race results and a heap of injuries mixing things up as well. 2015 has been a heck of a busy year.

It was nice then this week to take a quick few days out of the rat-race up at Hamilton Island, reflecting on the year so far and figuring out a few things we can continue improving upon as the year goes on. Like most things, this web game is a real strategic process and this year I’m stoked to report has been our biggest yet!

Wednesday while I was waiting to board the flight home to Sydney Chad Reed made the news we all knew was coming official, that he is closing TwoTwo Motorsports. It’s no real surprise to see it shut shop, but doing so mid-season was an interesting point.

I was fortunate enough to be there in Darling Harbour during 2010 when Chad first unveiled his own deal – complete with Vodafone backing for his Australian Supercross appearance in Newcastle – and also in the infancy of the team during the opening US rounds in 2011. Those are great memories of mine in the media. 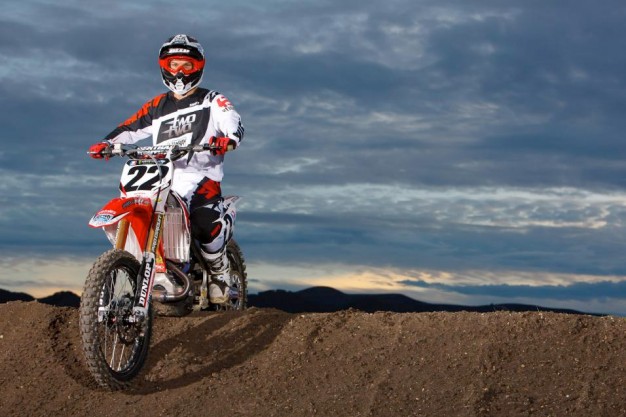 The highs have been extremely high for the Reeds in operating TwoTwo, but the pressures of operating a business had to take their toll eventually, especially during the difficult stages of Chad’s on-track career. The pressures must have been immense at times.

At the end of the day though, I’m sure Chad and Ellie will look back on the whole team with fond memories as another chapter in his incredible career. They went ‘all in’, so to speak, and took on the best of the factories with great success along the way. Thanks for the memories, TwoTwo!

That’s my take on the situation for this week, but here’s our guy Simon Makker with more…

If there’s one thing that I’ve learnt from this industry, it’s that whenever there’s smoke there’s fire. Almost without fail there’s truth behind every rumour and while the facts mightn’t all marry up 100 percent, the crux of the story is generally bang on the money.

A prime example happened over the past 10 days when Transworld Motocross broke the news that Chad Reed’s team, TwoTwo Motorsports, had folded up and was history. Reed himself took to Twitter and had a bit of a go at the “moto industry”, but upon re-reading his messages, it’s interesting to see that at no stage does he actually deny the rumours howling around about his team’s closure.

Clever. Reed’s comments seemed to subdue the rumour mill somewhat and it bought him valuable time before he officially announced TwoTwo Motorsports’ demise on Wednesday. Reed’s news, as sad as it was, didn’t exactly come as a huge surprise after the events of the week leading up to his announcement.

What was great to see was how the Aussie GOAT used social media to get his message out there (isn’t it funny how companies are increasingly starting to use this platform to make announcements instead of issuing press releases now?) and how he answered a number of burning questions, such as what the team’s closure meant for Josh Grant and what the future holds for Reed and his family.

What isn’t known – and I doubt Reed himself has many answers at this stage – is what this means for his appearance at the AUS-X event in November. He’s still locked in to ride, but what team and what brand of bike will he be on?

Depending on how well his ducks are lined up around the Monster Cup in October, there’s a possibility that Reed could use the Sydney event to reveal his new look, new team and sponsors. If that does occur, international media interest in the AUS-X could reach an all-time high. On a different tack, some news that flew under the radar this week was that freestyle madman Jacko Strong appeared in the Wagga district court on Wednesday charged with possession of cocaine and resisting police arrest. The charges came after an incident at the Wagga showgrounds in May last year where a drug detection dog showed interest in Jacko and he tried to outrun the cops.

Interestingly, the drugs charges were dropped midway through the proceedings when the police prosecutor told the magistrate there was a “deficiency” in the police brief of evidence relating to the chain of custody of the drug exhibit. As a result they couldn’t prove what the alleged drug might be.

Jacko pleaded guilty to resisting arrest and was placed on a good behaviour bond for 12 months without conviction. You can read the full news article from the Daily Advertiser here.