A mixture of riders that could feature on the box at year's end.

MotoOnline.com.au draws six names of MX Nationals racers out of the hat and rates their chances of finishing on the championship podium this year. Rider: Kirk Gibbs
Team: KTM Motocross Racing Team
Class: MX1
Rating: 4.5/5
Rundown: It would take an absolute tragedy for KTM Motocross Racing Team’s number-one gun Kirk Gibbs to not finish on the MX1 podium this year. Regardless of the conditions or track soil, Gibbs has been the most consistent rider of the whole paddock. Even when he doesn’t win the overall, he’s still widened his championship gap thanks to his knack of snapping up Super Pole points and, more often than not, finishing ahead of his nearest rivals Luke Styke and Adam Monea. In his current form, the only thing that could stop Gibbs from blowing his 52-point lead over Styke is a couple of horrible rounds or, dare we say it, a season-ending injury.

Rider: Geran Stapleton
Team: Wilson MX
Class: MX2
Rating: 2.5/5
Rundown: ‘Bangers’ has given the Penrite Oil and Honda-backed Wilson MX team something to really smile about this year. The likeable Victorian had a slow start to the season with a 13th overall at Horsham and a forgettable 21st at Appin, but since then has managed to turn his fortunes around. A fourth overall at Broadford proved that Stapleton has got both the pace and the hardware under his feet to be a genuine podium contender and if he can start gaining solid, consistent results in an unpredictable class, he has a 50-50 chance of a podium position. At the same time, 79 points is a hell of a lot of ground to make up in five rounds.

Rider: Ford Dale
Team: Penrite Honda Racing
Class: MX1
Rating: 1/5
Rundown: No-one has ever questioned Ford Dale’s speed, determination and drive in the past. Lord knows the Penrite Honda racer been knocked down by more debilitating injuries than anyone else in the pits (including a broken back and multiple knee recos) but he just keeps getting back up off the mat and returning to the fray. Despite that, it’s becoming obvious that this year the soft-spoken Sunshine Coaster is only carrying a shadow of the speed he has in past years. Maybe he’s riding within his limits now to ensure he completes a full season for the first time in three years and then give himself something to work from. Whatever the case, it’s going to take a dramatic form reversal for Dale to make the MX1 championship podium. At more than 110 points adrift of third place, realistically Dale will be lucky to break the top five. 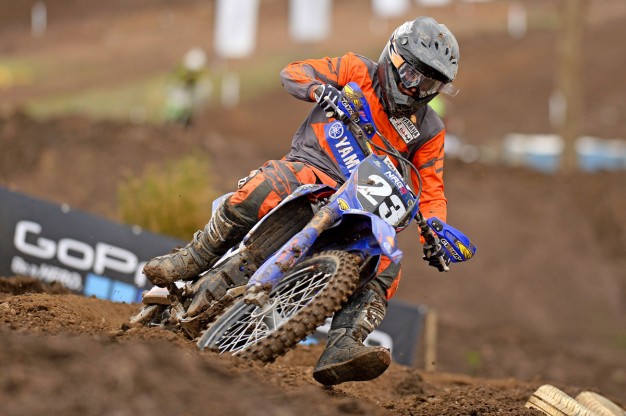 Rider: Wade Hunter
Team: JBC Motorsport Yamaha
Class: MX2
Rating: 3.5/5
Rundown: Queensland’s Wade Hunter has been a revelation for Australian privateers everywhere this year. The Yamaha racer has been a constant thorn in the sides of the MX2 elite with super-consistent results in the ultra-competitive class. His solid points’ accumulation has come from overalls that have only spanned between seventh and fourth position. Currently sitting in fifth place and only 35 points off both Jay Wilson and Taka Katsuya tied for P2, Hunter could be one of the silent assassins of the second half of the series if he continues to capitalise on his good starts and smooth racing style.

Rider: Jesse Dobson
Team: Husqvarna
Class: MX1
Rating: 3/5
Rundown: Husqvarna-backed youngster Jesse Dobson made the huge leap from MXD to MX1 last year and finished an impressive 11th overall in the final points wash-up. This year it’s evident he’s already come to terms in the premier class as he currently sits a very respectable sixth in the points. A brilliant fifth-place result at round two at Appin put his name in lights and at Coolum he made his first-ever Super Pole. Dobson’s seventh overall at round five doesn’t tell the full story as he ran third for a good chunk of the first race before a couple of crashes saw him drop to fifth. The Queenslander’s behind a veritable points logjam where Luke Styke, Adam Monea, Lawson Bopping and Kade Mosig are separated by just eight points. It’ll be tough to jump past this group, but Dobson believes he’s up to the challenge.

Rider: Jed Beaton
Team: Serco Yamaha
Class: MX2
Rating: 4/5
Rundown: Serco Yamaha’s rookie MX2 racer Jed Beaton will be disappointed to enter the second stanza of the championship in fourth position after such a solid opening three rounds. The Victorian teenager started the series well and truly on the front foot by winning the opening round at Horsham and followed it up with a fourth (Appin) and a second (Broadford) before having a shocker at Murray Bridge that resulted in a broken collarbone. The 21st result saw him tumble down the leaderboard, although he managed to stop bleeding too many points at Coolum with a sixth overall. Really, though, this break is a godsend for both Serco Yamaha racers Beaton and Luke Clout, who are capitalising on the break to get themselves repaired and ready for a big championship shunt come 5 July at Raymond Terrace.