The latest on the sport's elite in the United States.

It’s been awesome to see a couple of Australian privateers battling inside the points over the opening four rounds of the 2015 Lucas Oil Pro Motocross Championship. Honda riders Hayden Mellross (Young, NSW) and Jackson Richardson (Cairns, QLD) have generally both been steadily improving as each round of the championship enters the books.

Both racing the 250 Class, Mellross and ‘Jatz’ are usually within arm’s reach of each other in every race and, unintentionally, drawing a fair amount of attention to the Australian racers as they currently sit 20th (Richardson) and 22nd (Mellross) in the standings.

The pair seem to be that similar in speed that they’ve both scored 12 points at their best round so far, with Richardson’s coming on the ultra-technical Thunder Valley circuit, and Mellross’ career-best 13th overall happening last weekend at Muddy Creek in Tennessee. 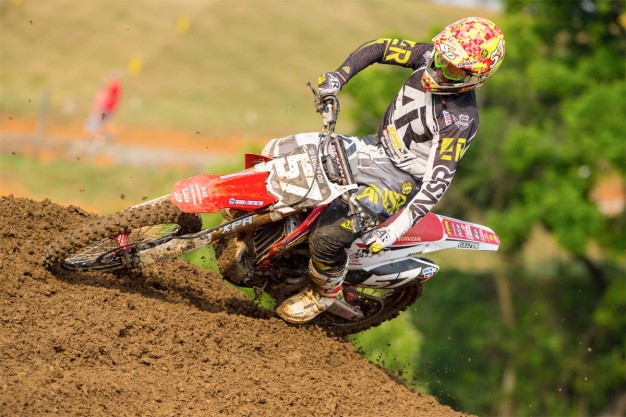 While both are doing great things on paper and we’ve been following Richardson’s progress in the US for some time now, the fact that 19-year-old Mellross has had a frustrating run of injuries since moving to the US in November is what makes his current points accumulation so impressive.

After a good year riding as a privateer with Raceline Suzuki backing in both the MX Nationals and Australian Supercross Championship, Mellross opted to pursue the privateer dream in the States after receiving an offer from Tim Ferry to come under his wing.

Things went awry after just a couple of weeks when Mellross crashed while training for Anaheim 1 and broke his leg. Not to be thwarted, he then focused on coming back for the Eastern Regional 250SX championship opener, but again came up short on a triple and broke the same leg again.

After spending vastly more time off the bike than on it, Mellross entered his rookie season at Hangtown underdone and not knowing what to expect. While he finished down in 27th overall at the opening round, Hayden put his nose to the grindstone during the weeks and has steadily found more speed as each round passes. 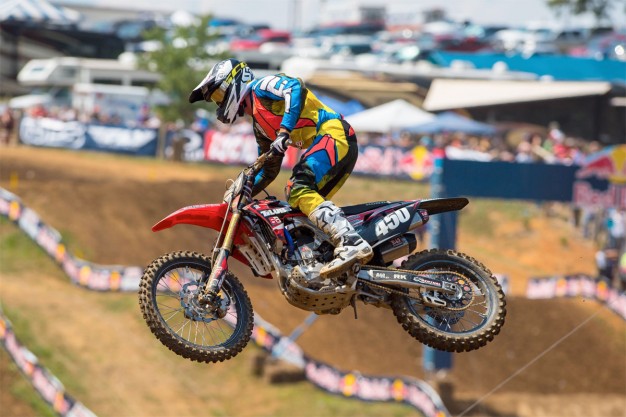 The next weekend at Glen Helen the New South Welshman snuck into the points with 19-16 moto finishes for 18th overall, before flirting with the points border with 20-22 results at Colorado. However, it was at Muddy Creek that the Storm Lake Honda rider really made himself noticed when he got two good starts and finished a consistent 15-15 for 13th overall.

During the first race he circulated as high as ninth for the opening 20 minutes before he began fading. However, considering he’s only been on the bike for about a month – including the opening four rounds – his noticeable improvement will no doubt be bringing a smile to Ferry’s face and, as long as he stays injury free for the rest of the season, we should continue to see his speed and fitness increase.

Mellross also appeared on the weekly Pulp MX show yesterday and said while there are plans afoot for him to return home at the end of the Pro Motocross Championship to contest the 2015 Australian Supercross Championship, his ultimate goal now is to return to the States next year and race both the indoors and outdoor series with some sort of financial and team support.

If he continues the way he’s going, the big-framed, talented youngster could quite possibly make that happen.