Unsung performers we spotted during the Coolum round

MotoOnline.com.au highlights three standout performances from the weekend’s fifth round of the 2015 MX Nationals at Coolum. Radar isn’t intended to be strictly about the winners, it’s about the unsung racers that we spot performing above expectations on any given race weekend. Jesse Dobson (Husqvarna) – MX1, 7th overall:
After making Super Pole and showing his talent once again, Sunshine Coast local Jesse Dobson overcame some mistakes to take seventh overall. He was well in the running for a podium along with the likes of Dylan Long during the first race on his way to fifth place, then capped off the weekend with sixth in moto two – again ahead of many of his factory opposition. Now sitting sixth in the standings, it’s becoming no surprise to see the impressive teenager amongst the sport’s best. 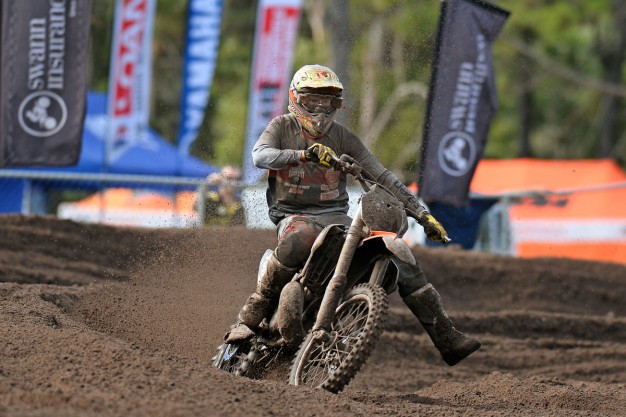 Dean Porter (KTM) – MX2, 15th overall:
The Western Australian sand specialist Dean Porter was solid in the black soils of Coolum, finishing the round with a fine fourth in the second moto. However due to running out of fuel while inside the top 10 during the opening race, Porter was bumped down the order overall to a lowly 15th position. No doubt he has the skills and experience to contend at the national level, he just needs things to go his way for a strong overall. Dylan Wills (KTM) – MX2, 21st overall:
21st overall was a cruel result for Dylan Wills considering the fact that he led the early laps of moto one and looked well and truly at home amongst the front-runners before his gear lever snapped. The second moto didn’t go to plan either with a 12th for the reigning Under 19s supercross champion, but the belief is there and you can visually see his confidence growing on track with every strong result he earns.