It was a warm Saturday up here on the Sunshine Coast for Coolum’s second round of the MX Nationals, which is a first in May at the mid-point of the season. As usual, the vibe is great, but of course different to the title-deciding final round.

Later in the year we will be back at this very venue for the annual 10th and final round celebrations, however for now this is a neat way to enter the mid-season break.

As Simon Makker points out below, this weekend will see the return of Matt Moss from injury and also a comeback of sorts – at least for this round – from New Zealand’s Ben Townley.

What’s interesting is that after this weekend we will see the likes of Ford Dale and Dan Reardon head to the US for some mid-season training, which should set them up nicely for the season’s second half. 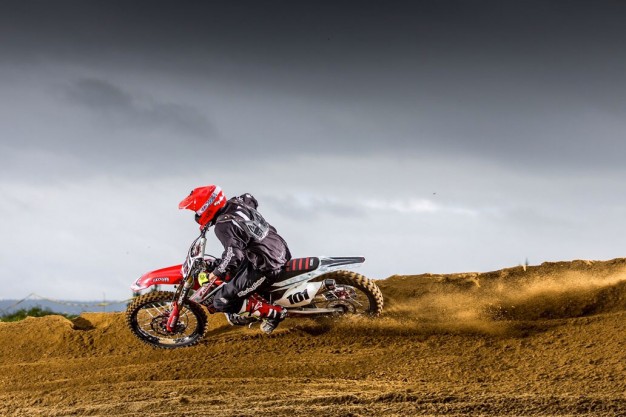 It can work for you or against you training overseas, but no doubt the intencity is a huge plus and if you’re able to transfer what you learn over there back to our tracks, it can be a major boost into the final five rounds.

We’ve been hearing more and more on the AUS-X Open that it will in fact expand to two nights (an additional night on the Sunday in November), but it’s yet to be confirmed by event organisers.

From what we understand, night one will be the championship round, but the second (possibly afternoon) won’t count toward the championship. But in saying that, it will feature a similar structure nonetheless – and both Chad Reed and James Stewart.

An announcement could come in the next week or two confirming the info above, or it might not happen altogether, but we’re tipping it will as we sit here today.

Next week Ryan Marmont will head to Indiana in the US for the 2016 KTM motocross range launch, which should be one of the events of the year for us as a media company. And it’s satisfying to have a rider of Marmont’s calibre on track for us.

These KTMs have received a huge following since their unveiling earlier this month, so with exclusive tests from Marmont right here on MotoOnline.com.au thanks to KTM Australia, we’re excited to provide his impressions on the range fast and free.

That’s it from me for this week, thanks for stopping by and I will pass this over to Makker from here…

Coolum this weekend is promising to be a right ripper of an event. With the weather looking like sunny high 20s, the track – including a new section – prepped to perfection and the riders’ last chance to get points on the board before they head into a six-week break, all the elements are in place for Round 5 to be a bananas event.

There’re a few things to keep an eye on this weekend, none moreso than the return of Matt Moss to the competition. Why he’s opting to return just before a long break when the championship is well out of reach is a bit beyond me, but having him back on the starting gate is going to create some additional interest.

Another rider who’s going to have spectators craning their necks is Ben Townley who’s making a one-off return to racing this weekend.

Last year at Coolum the Kiwi legend wound back the clock by finishing an impressive fourth overall as well as taking the second race win. BT loves the black Coolum sand because it forms up similarly to the pumice track of his hometown in Taupo.

There’ve been no words on how much training Townley has done in the lead-up to this race, but considering he’s been jetting all around Japan and Europe the past month or so, you’d have to expect his practice seat-time has been minimal.

In the MX2 class, points leader and defending champ Luke Clout is eager to put a disastrous Murray Bridge behind him and get his campaign back on track.

Clouty told me this week that he’s fit and ready to roll after his huge qualifying crash two weeks ago at the Bridge. Being a journalist it can be hard to sometimes gauge if a rider is telling you the truth or not, but I’m more than confident that even if there little niggles as a result of the bingle, he’ll be able to shut them out and focus on getting the job done.

Coolum is also the home event for a number of the top riders including last round’s tearaway MX2 winner Caleb Ward and MX1 riders Jesse Dobson and Ford Dale. 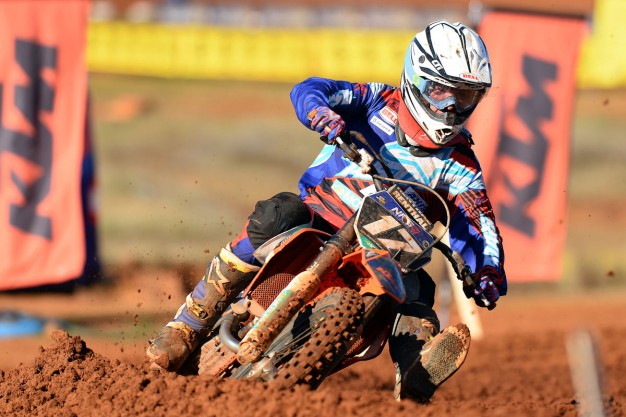 Both Dobson and Dale need to have good showings at Coolum if they want to establish any sort of reputational clout going into the second stanza of the championship. Dale especially has been disappointingly off-the-boil so far this year.

A good round could make all the difference to his confidence levels and put him back where he belongs at the pointy end of the field.

All in all, it’s shaping up to be a fascinating round and you can catch all the action and updates as they happen here on MotoOnline.com.au.