We’ve been awaiting confirmation for quite some time and it’s finally arrived; Ben Townley is in for the Coolum MX Nationals round next weekend in a special mid-season stop on the Sunshine Coast for this year.

Coolum is a favourite of everybody’s on the calendar, so it’s a real treat for the sport to visit the place not just once at the end of the year, but now twice, ahead of the mid-season break. It’s going to be strange up there in May, but we’re pumped.

And Townley’s addition to the series comes at a good time, showcasing the attraction of Coolum and the Sunshine Coast for that matter. He will ride a Penrite Honda-prepared CRF450R with backing from Honda Genuine Parts and Accessories, coming off a good showing there last year.

With Townley in the mix, Matt Moss scheduled to be back and possibly even Jake who we’ve seen back on track recently in Queensland after a lengthy stint on the sidelines, the title contenders could have some real outside threats next weekend and in the season’s second half.

But then again, coming in and challenging the likes of Kirk Gibbs and co. who have multiple races under their belts in succession is no easy task. It certainly adds to the interest and while on that topic, the level of traffic we’re getting in 2015 on race day Sunday of the nationals is at record highs. It’s good to see! 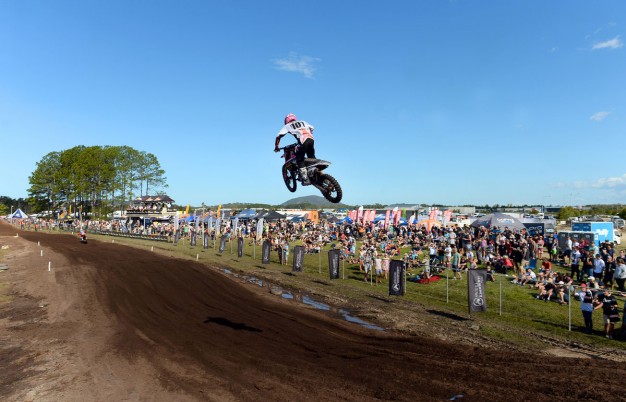 There will also be some changes in the MX2 class moving forward with Dylan Leary’s surprise announcement that he won’t finish out the season with Proformance Kawasaki, while Luke Arbon’s SD3 Husqvarna team has parted ways with the Ryan Marmont-owned MXR&D company since Murray Bridge.

Facing a race against time will be Jed Beaton, who says he will be able to race after breaking his collarbone just last weekend in SA, but depending on the extent of the injury and the pain he’s in, the Serco Yamaha rider may just opt out and come back at full strength for the second half of the season. We will see.

It was interesting to see this week that Toby Price had pulled out of the International Six Day Enduro (ISDE) and replaced by Lachlan Stanford, leading American-based Daniel Milner to comment on the @motoonline Instagram account and resulting in words – in which we assume were serious – between former rivals Price and Milner.

The pair had been the class of Australian Off-Road over the past few years before Milner’s exit to the US, but it looks as though he believes Price’s decision to exit the Aussie team at the ISDE let them down. After all, they were (and still are) are real chance for victory this year. You can’t blame Price for trying to cement his future however, which right now looks like it will be in rally competition.

The AORC is down in South Australia this weekend (what a busy couple of weeks they’ve had, with MX and Superbikes down there last weekend) and the good news for CDR Yamaha is that Tom McCormack is returning for his first off-road race of the year, as is Chris Hollis after he sustained an elbow injury at Hedley.

That’s it from me for this week, here’s Simon Makker with his take on the past week’s action…

It’s crazy to think we’re already almost at the halfway point of the MX Nationals championship for 2015 and a lot of the questions we had coming into the season have already started to be answered.

The pieces of the jigsaw are starting to fall into place already with both Kirk Gibbs and Luke Clout holding fairly comfortable leads (although Clouty bled a lot of points last weekend at Murray Bridge after a huge crash in qualifying saw him ride through all sorts of pain to minimise the points damage).

It’s been proven in this sport though, that anything can happen at any time and nothing is guaranteed until the final checkers have fallen on the final race. 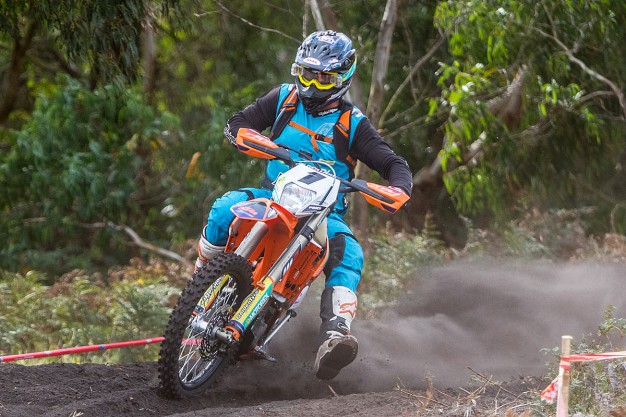 Next weekend’s round at Coolum is going to provide a pretty key insight into what we can expect at next year’s finale at the same venue. I don’t expect the track to change too much in the 12 weeks between the two rounds, although there were rumours early on that the track will run in reverse for one of the fixtures.

Coolum will see a notable omission from the starting gate in the MX2 class with Tassie kid Dylan Leary announcing yesterday that he was moving away from the sport after falling out of love with it. Leary has had a horrid run of injuries over the past few years which no doubt weighed heavily on his decision, but it still sucks to see someone with his talent and potential decide that he’s had enough of motocross racing.

It certainly wasn’t a move that he made lightly, and although his results have been OK this year (he’s finished as high as fifth in motos), when the drive and motivation plummets, results generally do to. Still, he’s a young bloke and you never know – he might do a Dan Reardon and emerge from the woodwork in a few years time hungrier and more excited than ever.

The second announcement that came as a bit of a surprise this year was that Toby Price has excused himself from ISDE selection so he can focus on his 2016 Dakar Rally commitments. Sure it’s a huge blow for the Australian team who rely on riders of Price’s ilk to boost their team’s result, but at the same time, Dakar is such a massive opportunity and we’re already excited to see how he does next year.