The Point: Pressures of the red plate

Gibbs, Clout and Todd on their MX Nationals title hopes.

As we reach the mid-point of the 2015 MX Nationals season, the series red plate holders – Kirk Gibbs in MX1, Luke Clout in MX2 and Wilson Todd in MXD – are determined to establish themselves as the title favourites. Following a strong start to the year for all three, there’s a long way remaining, but the odds are quickly forming on their sides for this year’s title wins. Here’s what they had to say about the unique task of leading a championship. Kirk Gibbs (KTM Motocross Racing Team):
The next round is very important. I’ll definitely be trying to establish my lead in this championship a bit more and hopefully gain a few more points if I can. Obviously extending that lead at Murray Bridge was awesome, but the plan is to definitely keep moving forward and stretch that gap out a bit more. The plan in the mid-season break is to go over and do Manjimup and if all goes well I’ll be on the 2016 KTM for the second half of the season. So we’ll be doing a lot of testing and getting that bike set up that’s for sure. If everything goes to plan at Coolum, we’ll be keeping the same program for the final five rounds. My starts have been awesome this year and when you’re in that front few less things happen. Even if it’s just one point here and there, it all goes towards the championship, so without thinking about it too much, the plan is just to keep doing what I’m doing and keep the ball rolling at Coolum. 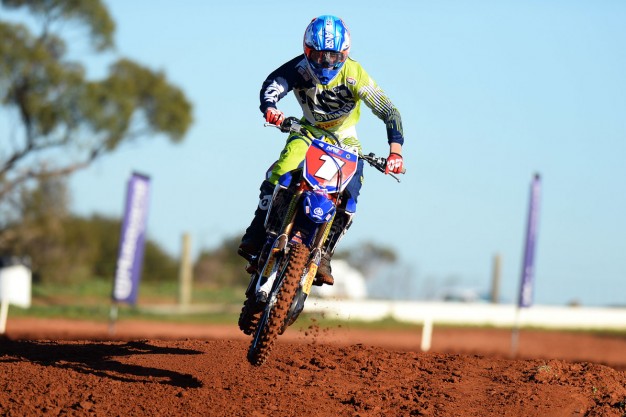 Luke Clout (Serco Yamaha):
Next round is definitely going to be important for me. Obviously Murray Bridge didn’t go to plan with a big crash and being unsure as to whether or not I was going to race. The plan is to bounce back at Coolum and it’s what I’m going there to do. If I can get a good round in the bag there, it’s going to be a big confidence booster going into the break. I’m not too sure what I’m going to be doing in the break at this stage, especially with some of my injuries from my crash – we might be using the five weeks to get back to 100 percent. I think I will be more than ready for Coolum though. I am very head strong and I can ride through pain, so despite a few people gaining some points on me at the last round, I’ll definitely be looking to make them up at Coolum. I believe I can still go out and win, so I’ll be looking to get some more points and head into the break with another healthy lead. Wilson Todd (GYTR Yamaha):
I feel not too bad about heading in to Coolum. In the past I’ve rode well there and I like the sand a lot. Obviously after a tough round at Murray Bridge, I want that overall. I’ll definitely be trying to get some points back on those other guys after dropping some at Murray Bridge and Coolum is going to be a very important round for everyone. I actually hurt my wrist the week before round four, and I only had a week to rest it. I hurt it again at Murray Bridge so I’m just going to have a week of rest and come out swinging at Coolum. If everything goes to plan and I can stay uninjured, I’ll do some more testing during the break with the bike and I’ll also do the Queensland titles. I feel as if I should be out the front at the next round, I’d like to finish off the first half of the season strong, but obviously everyone is fast and I guess we’ll just wait and see what happens.