Unsung performers from Murray Bridge's fourth stop of the season.

MotoOnline.com.au highlights three standout performances from the weekend’s fourth round of the 2015 MX Nationals at Murray Bridge. Radar isn’t intended to be strictly about the winners, it’s about the unsung racers that we spot performing above expectations on any given race weekend. Kyle Webster (Cullys Yamaha) – MX2, 5th overall:
Emerging Western Australian talent Kyle Webster was a solid fifth overall in MX2 at Murray Bridge, in what was a consistent day up front on his YZ250F. Despite qualifying down the order in 16th, Webster battled to seventh in the opening moto and then progressed even further for fourth in moto two. It’s safe to say that the softer the terrain, the more at home Webster will feel in the nationals. James Booth-Elliott (Performance Moto Suzuki) – MX1, 9th overall:
In what was the popular South Australian’s first national appearance of the season, James Booth-Elliott turned heads with ninth overall in the premier class on his privateer Suzuki. It was consistency that resulted in his overall position, finishing 10th in the opening moto and ninth in the second, and once again displayed his potential amongst the best 450 riders in the country. 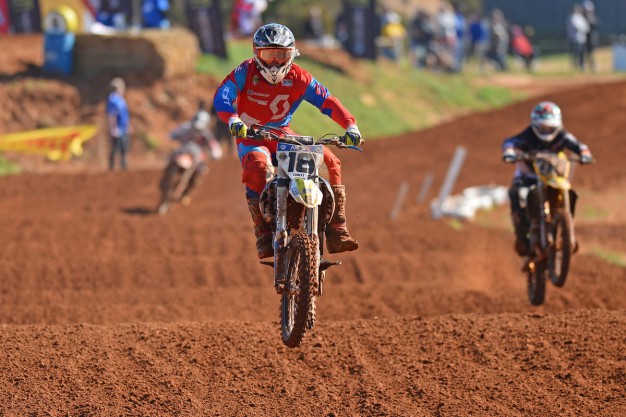 Aaron Tanti (Craig Anderson Racing Husqvarna) – MX1, 10th overall:
We’ve been keeping a close eye on Aaron Tanti’s progress in the MX1 ranks under the wing of Craig Anderson and Murray Bridge resulted in his first top 10 overall result of the year. Tanti was 12th in moto one and charged to 10th in the second, which will come as a major confidence boost after stepping straight up from Under 19s for this year.