The highs and lows from Broadford's third outdoor round.

MotoOnline.com.au’s new-for-2015 feature pulls out the microscope and take a closer look at some of the giant-killers and disappointments from the third round of the 2015 MX Nationals at Broadford.

KTM Racing Team: Three rounds, three double-podiums. It really doesn’t get much better than that and we can imagine the cart-hweels Jeff Leisk and the entire KTM team are doing after yet another rock-solid display by Luke Styke and Kirk Gibbs at Broadford. Unsurprisingly, the pairing are first and second in the championship with a third of the series in the books. Whatever the KTM team is doing behind the scenes, they better not change a thing.

Adam Monea: The early days of the MX Nationals championship have been a bit of a frustrating mixed bag for NPS Monster Energy Kawasaki’s Adam Monea. Widely believed to be a huge title threat, Monz finished sixth at Horsham and eighth at Appin. But Broadford saw a hungrier, better-starting Monea emerge and his second overall for the day is one that will hopefully turn his season around and ignite his campaign.

Luke Clout: Right from the get-go at Broadford, defending MX2 champion Luke Clout was the man to beat, setting a qualifying time that was almost two seconds faster than anyone else. That was just a preamble as the New South Welshman cracked two ripping starts and dominated both motos. If Clouty carries the form he displayed into the rest of the championship, the MX2 field is going to be relegated to mere spectators. 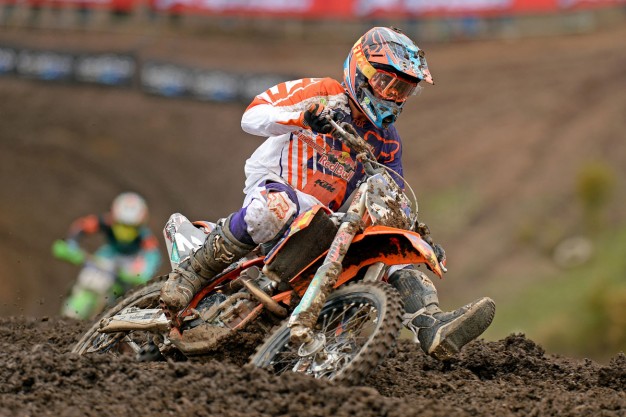 Nathan Crawford: Motocross is a game of highs and lows and rookie MX2 racer Nato Crawford experienced both of them within a lap. After ripping the holeshot in the first moto, Crawford crashed hard in the opening lap and sustained a shoulder injury. The result was a DNF-DNS next to his name for the round, which does his title hopes no favours whatsoever. We’ve yet to hear word on the extent of his injury or if he’ll be fit and ready to race at Murray Bridge in a few weeks time, but we’re hoping for good news from the Crawford camp.

CDR Yamaha: So much could’ve gone so right for CDR Yamaha at Broadford, but the wheels couldn’t have fallen off the cart in a more spectacular fashion. After a renewed Dan Reardon blasted his way to Super Pole, he and Kade Mosig were charging along in first and second place early in moto one when the two clashed in a corner and both went down. Reardon’s water-pump was destroyed in the process, while Mosig limped home in 12th and Craig Dack could be seen biting chunks out of fence posts in the pits. Even Reardon’s second in moto two couldn’t soften the blow that Broadford dealt to the team.

Hamish Harwood: Last year’s MX2 rookie revelation Hamish Harwood has been more than a little underwhelming so far this year. It’s not that his ninth overall at Broadford was terrible per se, but his speed this year has been a far cry from what we’ve come to expect from the Kiwi over the past two seasons. Is he still coming to terms with the four-stroke after two seasons on a 250 two-stroke or is he still feeling the effects from having his bowel ripped open over the summer break? Whatever the issue, we’re hoping Harwood can turn his season around and start punching some solid numbers again. 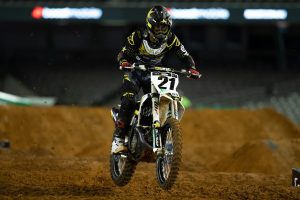 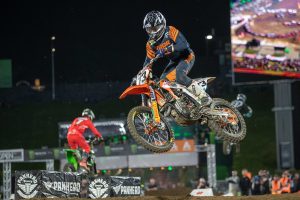