Unsung performers from Broadford's third stop of the season.

MotoOnline.com.au highlights three standout performances from the weekend’s third round of the 2015 MX Nationals at Broadford. Radar isn’t intended to be strictly about the winners, it’s about the unsung racers that we spot performing above expectations on any given race weekend. 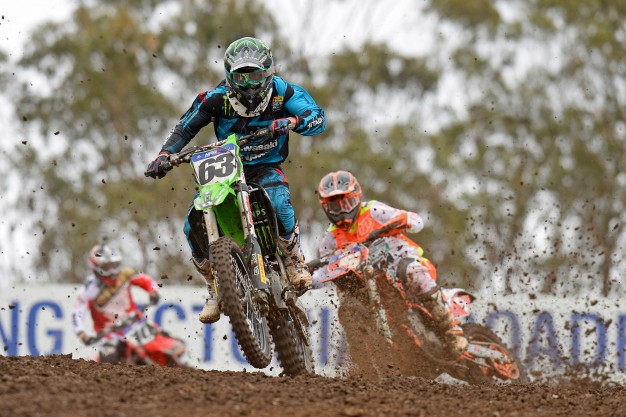 John Phillips (NPS Monster Energy Kawasaki) – MX1, 6th overall:
We wouldn’t usually include full factory riders in this feature, but considering Phillips’ limited experience in this country and his late arrival as replacement to Jake Moss at Kawasaki, his form at Broadford turned heads. Third in moto one was by far the highlight for the Kiwi, and while 12th in a trying second outing wasn’t ideal, sixth place for the round no doubt put him on our radar last weekend. 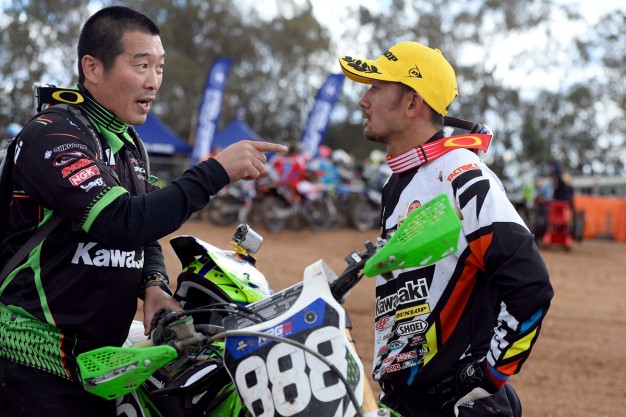 Taka Katsuya (Sony Action Cam Kawasaki) – MX2, 3rd overall:
When Katsuya finished on the podium at Coolum last year in his guest appearance at the final round, we never, ever thought he would be back challenging the kids for this championship fulltime in 2015. But, three rounds in and the Japanese ace has landed on the podium twice so far and we’re now believers that he’s a legitimate title threat. At Broadford he was fourth in moto one and third in the second, resulting in third overall behind the youthful Serco combination. 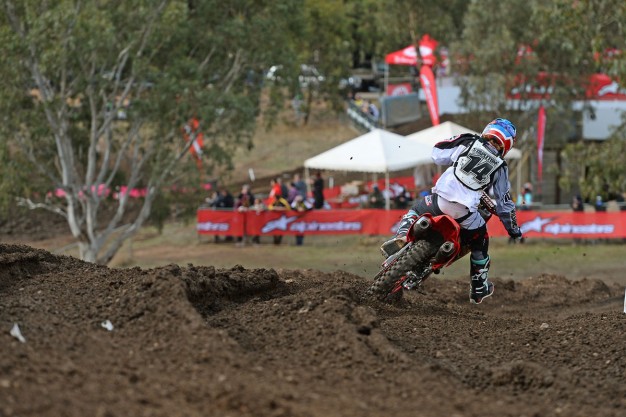 Geran Stapleton (Wilson MX Honda) – MX2, 4th overall:
After an injury-riddled couple of seasons on a mixture of teams, Stapleton started to show his true potential at Broadford with fourth overall via 6-4 moto results. With a sizable following down in Victoria and a solid team behind him alongside Luke Wilson, Stapleton should only get stronger from this point and it’s good to see. Not only were his results improved, but his lap times were close to the podium finishers as well.