A throwback to the four-time MX Nationals champion's title-run.

With Matt Moss to be MIA from the starting grid for a large chunk of the MX Nationals after his first-turn crash at Appin, it’s a given that we’ll see a new MX1 champion crowned this year, ending Mossy’s hopes of a three-peat. For this edition of Rewind we talked to one of the winningest Australian riders of all time, Jay Marmont, to get his insight into his four-year MX1 domination from 2008 to 2011.

In 2007 a battered Jay Marmont returned home from a tough US campaign wearing some big battle scars that included a broken femur and broken wrist. A contract back home with the Motorex KTM team was enough incentive to return Down Under, but a fourth-place finish in the MX Nationals that year wasn’t exactly the results he’d hoped for.

Marmont made a call to CDR Yamaha team boss Craig Dack to try and line something up for 2008, and Dack agreed to give him a run on the proviso that Jay removed all the metalwork from his body before he gave him a bike.

“I’d had three years of bad injuries and I did feel refreshed after all the metal was taken out” Marmont reflects. “At that stage I’d only ridden a KTM and a Kawasaki, so it took a bit to get used to the Yamaha, but we just went out and rode and tested every day and I soon felt right at home on the bike. Leading into 2008 I felt the most rejuvenated and ready to race in years.” 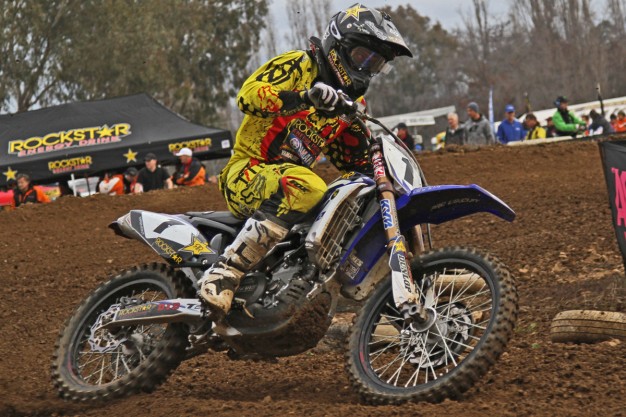 It was fortunate he felt that way, because he describes his 2008 championship – his first with CDR Yamaha – as probably the toughest to win. Against an on-fire Daryl Hurley, Marmont worked his way into the championship with consistent results (he only finished off the podium twice in nine rounds) and claimed the title with a round to spare.

“I think that was the most memorable because it was a massive relief to finally get that winning feeling back and remove the pressure on my shoulders,” Marmont recalls. “Dacka hadn’t won a title since Troy Carroll, but the team that we had gelled so well and everything kind of snowballed from there.

“I got a taste for winning and after I got the red plate at Murray Bridge I didn’t want to get rid of it. That red plate is so hard and once you’ve tasted victory you don’t want to let it go. Every time we entered a championship our goal was to win.”

And win they did, for another three consecutive years. For Marmont, none of them came easy and it seemed every year there was a new contender who would emerge to put the pressure on.

In 2009 his teammate Cheyne Boyd came on strong and pressured for wins, then in 2010 both Billy Mackenzie and Dean Ferris rose to the challenge. In 2011 another teammate, Josh Coppins came over and the two fought hammer-and-tongs all season before Marmont finally gained the upper hand with his last outdoor championship win.

All good things come to an end eventually, and for Jay, that happened in 2012 when he decided to take on a change of scenery and joined forces with Troy Carroll’s Monster Energy Kawasaki team. Ultimately it spelt the end of Marmont’s domination outdoors, although he still claimed the 2012 supercross championship for his new team – a title that would be his final national championship. 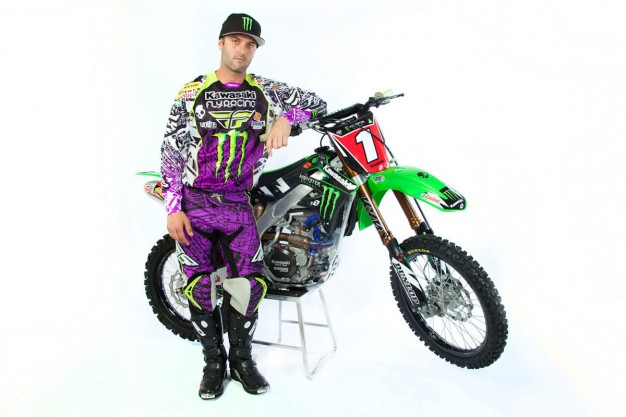 “I’d always got on with Troy Carroll as a good mate and it was quite difficult to figure out a working relationship that suited us both,” Jay adds. “I did my knee in 2012 during the MX Nationals, but I felt the supercross was an awesome championship. The team bonded well and everyone was excited to go racing.

“In 2013 I lost of bit of my mojo coming into the motocross season. We changed our suspension to the air fork and I struggled to come to terms with it, and I couldn’t get my head around the whole year, really.

“I found it hard to dig myself out of the hole I was in. I thought I could change it last year by going back to where it started at CDR, but racing had become a chore. I wasn’t in the right mindset and I had another reason to go home to, with my family and that. That pretty much fueled my decision to retire last year.”

Looking back now at the series of #1 plates, jerseys and trophies that line the walls of his house, Marmont says there’s certainly a lot of pride in what he’s achieved, although there’ll always be a regret with the way he finished his career.

“I have no regrets with the commitment I put in to racing as a whole, but when I look back on the last couple of years, I’m not pumped with the way my career ended,” the 32-year-old admits. “Now it’s up to me to figure out the next direction for my life and what works for me, and piecing that puzzle together. It’s a bit of a work in progress at the moment.”