The highs and lows from Appin's second outdoor round.

MotoOnline.com.au’s new-for-2015 feature where we pull out the microscope and take a closer look at some of the giant-killers and disappointments from the second round of the 2015 MX Nationals at Appin. 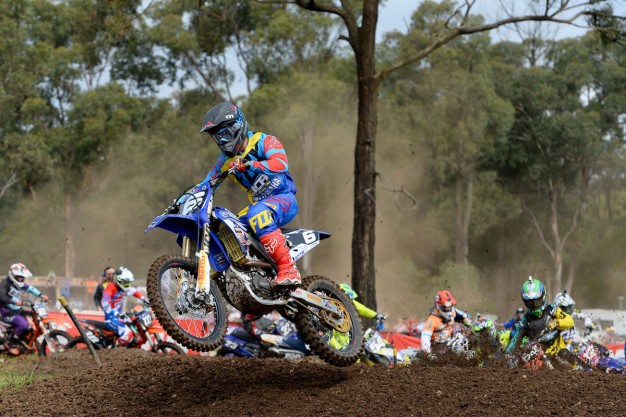 Kade Mosig: With a convincing moto one to his credit, Mosig soldiered onto fourth in the second moto to secure the overall. His second at Horsham was a great start, but to back that result up with a win at Appin indicates he’s a real title contender this time around.

Jay Wilson: With his brother still recovering in hospital and despite limited time on the bike since Horsham, Wilson was incredibly brave to go out and do battle at round two. His moto one win was a hugely emotional one, then to finish a close second behind Clout in moto two showed just what a champion he is.

Luke Clout: After losing round one due to a time penalty, Clout bounced back for his second Appin round win in a row. It’s his home circuit, but he doesn’t actually get to ride the national circuit often, and he is firming as the championship favourite in regaining the red plate. 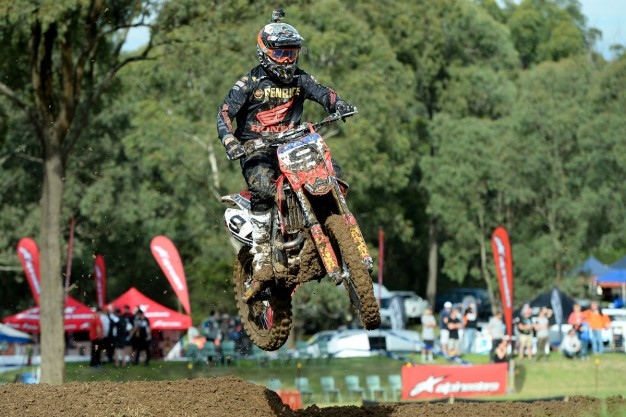 Matt Moss: We detailed the incident in our Trackside feature and provided an update later in this news story, but Mossy’s championship defence is over before it even really began. He needed a strong result at Appin, instead left in a medical chopper, and we’ll unlikely see him until the season’s second half.

Ford Dale: Back at Honda for the year, the 2012 MX2 champion didn’t seem his usual speedy self on Sunday. Dale was 10th in qualifying and 18th in moto one after three crashes including an awkward finish-line fall mid-moto, then didn’t even make it through the first lap in moto two. He’s due to ride again this week and will be back for Broadford.

Luke Arbon: It’s been a tough couple of rounds for Arbon, who finished third in the series last year, finishing ninth at round one and then 11th at Appin’s second round. He was caught up in a number of frustrating incidents, but we’re yet to see his full potential outdoors this year to date.