CDR Yamaha’s Kade Mosig has displayed some ripping form so far this year, with the weekend’s round win of the MX Nationals at Appin being the exclamation mark. MotoOnline.com.au caught up with the 25-year-old Victorian to chat about his second-ever MX1 round win and the dominant day that the CDR team enjoyed. 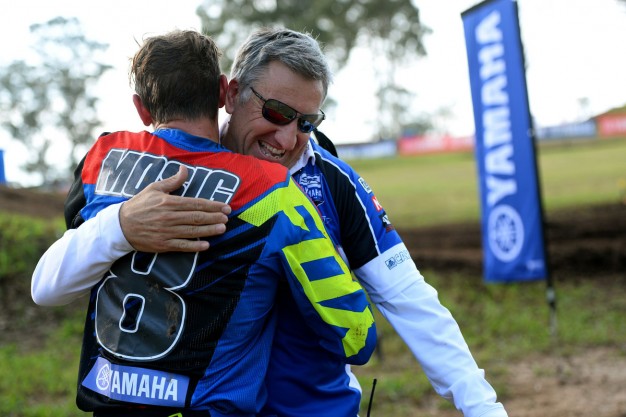 Mozzi, congrats on the win, mate. How does it feel to get the first win of the year out of the way?

It’s a good feeling. I’ve been chasing this since last year when I won my first round overall at Swan Hill. I’ve done a fair bit of racing already this year and still hadn’t had that winning feeling until now, so it’s definitely good to put that first one in the bag. I’m pumped on the progress I’ve made on the track so far this year and everything seems to be going smoothly. I’m really happy with how it’s all turning out.

You always seem to do pretty well at Appin. How did your day pan out?

Yeah I love the Appin track and am always excited for it. They did a good job of preparing it this year and it developed some great lines. My qualifying didn’t go that great – the track was greasy and I didn’t get a good lap down and ended up down in ninth. Even though I missed out on Super Pole I thought ‘whatever, let’s just get on with it’.

After Horsham I worked hard on my starts, but they still could do with some improvement. In moto one I had an average start and a few riders went down in front of me. I managed to get through clean and ticked the laps off. I got into second behind Boppo about halfway through the race, then got into a good rhythm and my lap times got quicker. I managed to get past Bopping and build a comfortable lead before the end of the race.

In moto two I felt I had a good jump off the gate, but I got pushed to the rear of the pack in the first turn which messed me up – I think I was about 10th out of the first turn. I just put my head down, took each lap as it came and chipped away at the guys in front of me. There were some real heated battles with the likes of Monea in that race, but I kept charging and finished behind Luke Styke in fourth. It was a consistent result and I kept the momentum rolling throughout the day, which is what I set out to do.

Even though you won the overall, you’ve still lost some championship ground to Kirk Gibbs because of the Super Pole format. Is that frustrating at all?

It definitely feels strange, but that’s part of the series and we have to work with it. Super Pole and qualifying in general is still an area that I’ve got to improve on, but once we get it sorted out we’ll use it to our advantage, just like Gibbsy is at the moment.

You mentioned you were right there amongst it when Matt Moss went down at the start of the first moto. Did you see it all happen in front of you?

Kind of. Appin has a pretty tight first turn and it was quite greasy all day. I didn’t see exactly who crashed or what was going on, apart from a few different coloured bikes and riders going down.

You never want anyone to get hurt and it bums me out that Mossy is now out for the first half of the championship. It doesn’t change my focus or my routine at all, but it sucks to have one of the main players out, that’s for sure. I wish him all the best for his recovery. 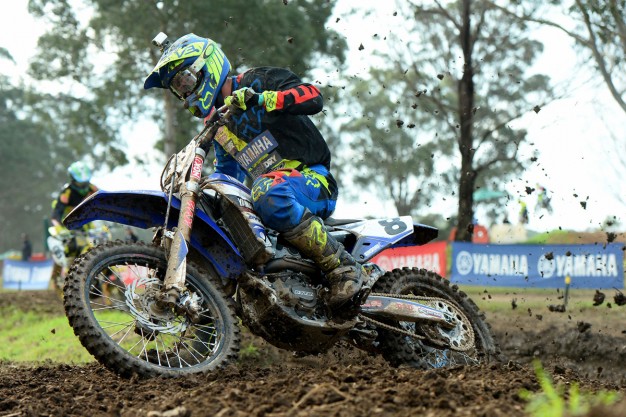 It was a red-letter day for CDR Yamaha too, with Reardon claiming the second moto. The mood under the team awning must’ve been pretty awesome afterwards.

[Laughs] yeah everyone was pretty stoked with the results, that’s for sure. I think it’s a real statement to everyone that Dacka and the team do such a great job. There’s an awesome environment within the team and I’m really enjoying being a part of it this year.

After the race we had a small debrief and Dacka was full of praise and positivity, but he also helps keep our feet on the ground and makes sure we maintain our focus for the next race and keep doing what we do.

It has also been interesting to see that it’s been the same three guys on the podium the first two races and all three of you raced the NZ nationals before the season started. How much did those pre-season races help you?

I think getting a start racing motocross before the MX Nationals is beneficial and a good thing to do, but at the same time the New Zealand tracks, the dirt and the competition is so different to what we have here. Like you said, all three of us did the NZ nationals in the pre-season and it’s worked out well for us, but what works for us mightn’t work for others.

For me it was an ideal opportunity to work with Josh Coppins and learn from one of the best. He still helps me out on race days too – I love hearing his opinion and he knows his stuff. Having him in my corner has been really beneficial, I think.

Awesome. Cheers for the chat, bud. Good luck for your local round at Broadford in two weeks.