A selection of unsung performers from the grand prix event.

In a new feature we’re just now introducing to MotoOnline.com.au for now and into the future, we highlight three standout performances from the weekend’s domestic competition – starting with rounds three and four of the Penrite Australian Supercross Championship at Phillip Island. Radar isn’t intended to be strictly about the winners, it’s about the unsung racers that we spot punching above their weight on any given race weekend. 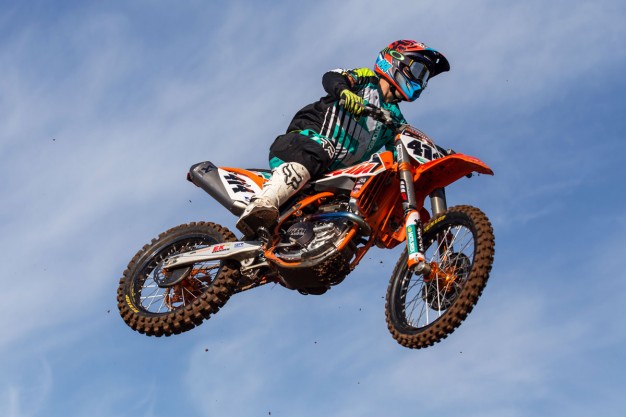 Jesse Dobson (KTM Motocross Racing Team) – SX1, 6-6 results:
The signing of Jesse Dobson alongside Kirk Gibbs at the factory KTM team for the 2014 supercross season came from left-field after the MX Nationals, but so far he’s been impressive and has consistency on his side beyond his years. Sixth on Saturday at Phillip Island – a circuit know to be one of the most unforgiving on the calendar – was stellar and then he backed that result up with another sixth on Sunday. And with those performances, Dobson has climbed to sixth in the standings right there amongst the factory regulars. KTM’s official team might be packed with Gibbs and Luke Styke for 2015, but races like he had on the weekend will be more than enough to secure strong KTM support somewhere. 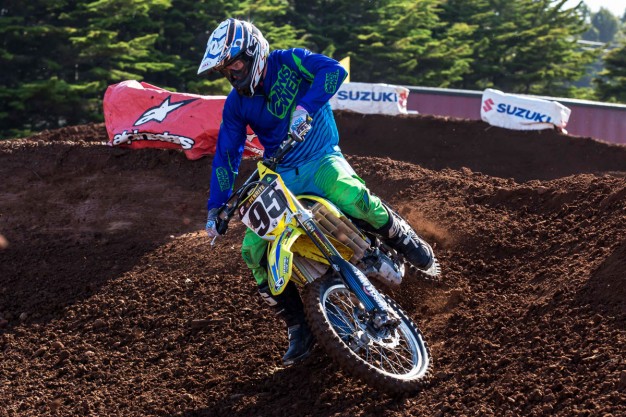 James Booth-Elliott (Suzuki) – SX1, 9-10 results:
The popular South Australian James Booth-Elliott delivered double top 10s at Phillip Island, slicing his way to ninth in round three and 10th in round four despite a first turn fall to rate as best of the SX1 privateers combined for the weekend. And it was a fitting haul of results too, considering a flat tyre forced him out of Bathurst’s opening round and further mechanical dramas sidelined him in the second round! Hayden Mellross (Raceline Suzuki) – SX2, 4-3 results:
Hayden Mellross made the decision to step back to SX2 after completing the MX Nationals on a 450, and it’s already paid dividends with a solid 4-3 performance at Phillip Island. And what’s more, it was a welcome return to the podium for the RM-Z250 this year, run through the Raceline Performance Suzuki team. Mellross will take a lot of confidence from his first professional podium, so look for more to come as the season progresses.