Defending supercross champion on flawless Bathurst form and current state of the series.

Team Motul Suzuki’s Matt Moss opened his title defence in the opening rounds of the Penrite Australian Supercross Championship at Bathurst with a bang, dominating Friday and Saturday nights debuting the 2015 model RM-Z450. MotoOnline.com.au spoke to Moss this week about his early supercross success and more for this week’s Race Recap interview. 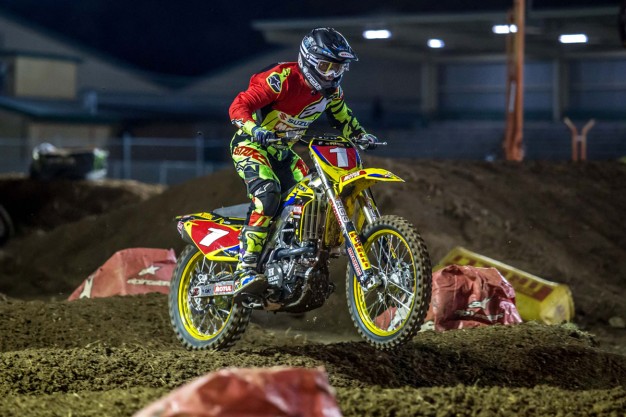 Two rounds in the books over the Bathurst weekend and two wins to match. It obviously all went to plan…

Yeah, it did. I’ve been working really hard, changed a few things up in my program, just diet-wise and that kind of thing, and it’s definitely had an effect on the way I’m racing. I have to give credit to the team as well – we didn’t have the time to prepare that we wanted to, but everything is really good. My bike’s good, fitness is good and we won everything there at Bathurst. It’s looking really good for the season so we will keep going the way we are going.

It’s been a busy year for you in 2014, starting with the opening rounds of American Supercross, the MX Nationals, MX of Nations and now supercross at home. You’ve had limited preparation for each of them in some ways, but is it momentum that’s keeping you on top of your game no matter the challenge?

Definitely. I lacked a bit after Coolum, didn’t feel I was riding as good as I wanted to, but I re-signed with Suzuki and got that off my back, so now everything’s clicking at the moment. We just have to make sure it keeps on happening.

What were your thoughts on the Bathurst weekend?

I think the first night wasn’t the best. It just lacked a little bit of zing, you could say, but the second night’s program was changed up a bit and the atmosphere was just a lot better. Everything was into it, there was a bit more racing for us guys, and Saturday night they really delivered. It brought back memories; it felt like 10 years ago when I was doing supercross at 15 or 16. I feel like we’re back in the swing of things. 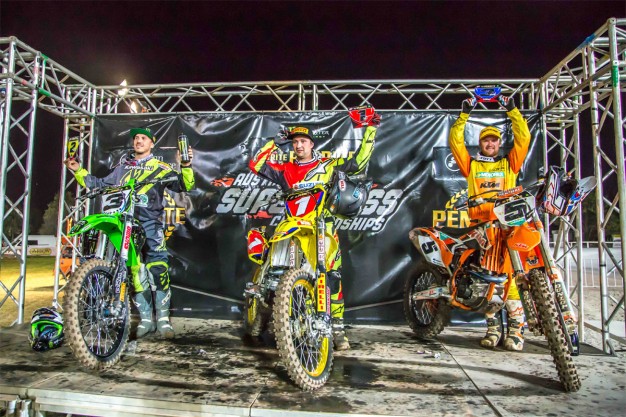 You’re one of the few now that actually raced back in that era. How’s the sport compare right now in terms of supercross? Is this a base to build from?

Yeah, I think it is. A lot of riders and people are pointing the finger at promoters or this or that, but it’s like a relationship and everybody needs to be happy. We need to promote the sport as much as we can, because it’s too easy to point fingers and say this person’s not doing this, or that person’s not doing that. With a manufacturer pulling out of such a big event, I’m sure if they were there [to witness] the weekend they would have been bummed that they weren’t a part of it. Supercross is well and good as long as us riders put in. The best years to date were Spokes Promotions and I remember those days, but times were different back then, times are tough right now and I can understand why it suffers a little bit. But on Saturday night it was back to its best, I felt.

Two rounds are down out of the five now, so what are your thoughts on a series sweep?

Don’t get me wrong, I’d love to sweep it, but I’m here to win championships. Ultimately that’s what we’re paid to do, so if I’m not a first place guy then I’m going to come fifth. I’m not going to push outside the boundaries or do something stupid… we want to win the championship again. Everybody loves to win races, but at the end of the day as long as you’re wearing the red plate and holding the number one at the end of the year, that’s all that matters.

Congratulations again on the result, it was awesome to watch and we can’t wait to see more as the season goes on. Well done.