Information in the lead-up to this weekend's double-header.

Motorsport fans heading to Bathurst for the Supercheap Auto Bathurst 1000 will be treated to the best of two and four wheels. The Australian Supercross Championship will run the opening two rounds of the series at Bathurst Showgrounds, on the evenings of 10-11 October.

With the racing action kicking off at 7:00pm, fans will be able to enjoy a full day at Mount Panorama before heading to town for an evening of family entertainment, world class supercross racing and freestyle motocross.

The Team Motul Suzuki rider, who counts his twin brother Jake as one of his stiffest opponents, said he is determined to defend his title.

“It is going to be a pretty gruelling weekend at Bathurst with two rounds to contest,” Matt said. “For motorsport fans this weekend is one to tick off your bucket list – V8 Supercars by day and supercross by night, what more could you ask for?

“I will be a marked man, but I have learnt that if you can win one race you should be able to repeat it and I will take that approach with the championship.”

The Australian Supercross Championship has fostered world champions and launched countless riders onto the international stage. 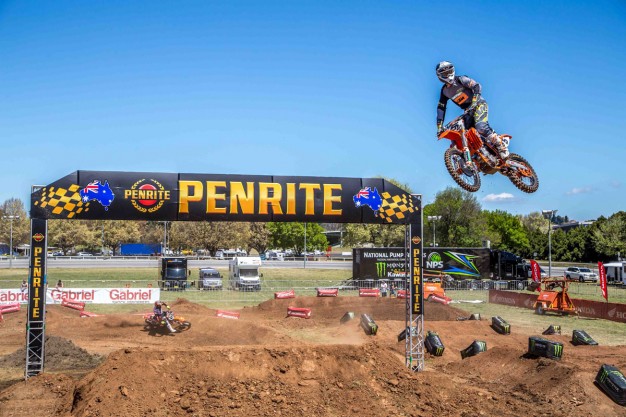