Win with the title sponsor of Bathurst's opening ASX rounds. 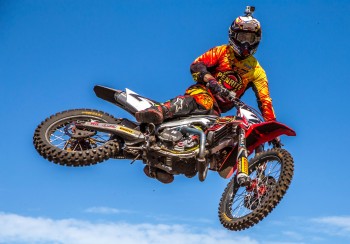 Penrite Oil is celebrating its title sponsorship of this weekend’s Bathurst rounds of the 2014 Australian Supercross Championship with a competition hosted via its Facebook Page.

The Australian-owned company has made a major impact through its involvement of motocross and supercross so far this season, now providing the opportunity for one lucky fan to take home a retro cap and jersey signed by multiple-time Australian champion Jay Marmont.

To enter, simply visit the Penrite Oil Facebook Page at www.facebook.com/penriteoil and comment on the competition post who you think will win rounds one and two this weekend. The winner will be announced Monday, 13 October.