As Australian Supercross information begins to pour in with Bathurst’s series opener on 10 October, it’s a real balancing act at this point working between ASX rider signings and the quickly-approaching 2015 season. It’s a really unique aspect of domestic MX/SX.

What we’re actually seeing at this point is teams are announcing next year’s rosters sooner than I have ever seen, essentially signing riders and then announcing them within the day or at least week. It’s refreshing compared to years past and makes our job a heck of a lot clearer.

For instance, Jacob Wright signs at CDR Yamaha and is confirmed pretty much immediately. Same with Kirk Gibbs and Luke Styke at KTM, Matt Moss at Team Motul Suzuki and, just yesterday, Jed Beaton at Serco Yamaha. It puts an end to speculation and allows everybody to move forward.

Speaking of speculation, Josh Cachia’s exit from Penrite Honda was made official over the weekend when team owner Yarrive Konsky confirmed via social media that Lewis Woods will join Gavin Faith and lone 450 rider in supercross when it gets underway.

Cachia’s story is an interesting one. He’s no doubt a unique and engaging character, which draws fans to him majorly (not to mention his silky style on the bike). But with injury disrupting much of his past couple of seasons, a scuffle with Dylan Peterson and consequent argument with Konsky in between motos ended their relationship once and for all.

What we do know is that he is working on a deal for supercross, almost certainly on a 350 in the SX1 ranks, and most likely with Craig Anderson on the factory Husqvarna team. 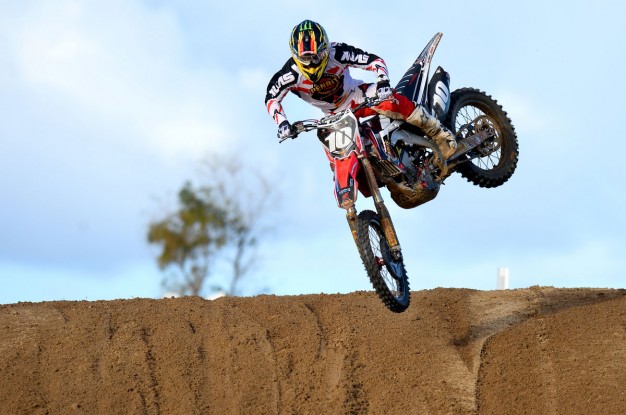 Cachia’s previous KTM experience will make it a seamless switch and if they gel as a team, he could shine in the series and potentially next year. He’s exactly the type of rider that could extract everything out of a 350 at 100 percent fitness.

From the looks of our interview with Kale Makeham earlier this week, we could see quite a few riders stepping up from the 250 class into the 450s next year. I’ve said it before, but I am a believer that the guys like Makeham who have been strong on a 250 two-stroke in recent years should do well on a 450 when they do step up.

While a lot of the pre-supercross attention has been on Jay Marmont, it looks as though younger brother Ryan will be back in time for the supercross season, but we’re not exactly certain who he’ll be with or what he will be riding at this point.

One thing I did notice over the weekend was Chad Reed on deck at the San Marino round of the MotoGP World Championship, meeting up with countryman Broc Parkes before spending time at Valentino Rossi’s VR46 Ranch alongside a who’s who of grand prix racing including current world champion Marc Marquez. What a trip!

Anyway, that’s it from me for this week. Over to Makker with his latest, including some interesting silly season tid-bits as it really fires into life…

Is it just me, or has the silly season fired up extremely early this year? We’ve already seen some of the big teams come close to stitching up their rider rosters for 2015, with KTM Racing announcing Luke Styke and Kirk Gibbs, Matt Moss again signing up with Team Motul Suzuki, CDR Yamaha locking in Jake Wright and NPS Kawasaki reportedly close to re-signing both Adam Monea and Jake Moss.

On top of that, Jed Beaton signed with Serco Yamaha to race the MX2 class next year despite his promising campaign being cut short by injury. However, as Alex reported today, Beaton’s signing makes things a little awkward for current Serco recruit Jay Wilson.

There are only two spots available on the team, and with Beaton claiming one berth, all eyes are now on MX2 champ Luke Clout to see what his next move is. If he stays at Serco, Wilson will be looking for a new home next year, despite a fourth overall in his rookie season… and being crook with staph all year. If Clout moves either to another team or chases bigger fish overseas, we’d expect Wilson to become the team’s number one rider, but as is typical for silly season, there are a huge range of factors and missing puzzle pieces that need to fall into place for everyone.

On top of that, he became the first rider to ever win a junior and senior title in consecutive years. Making his championship victory even more amazing, Phillips broke his foot at the previous round at Italy at the beginning of August and missed the second day of racing at that penultimate round. Stay tuned for an interview with Matty later this week – it’s going to be a ripper.

While all this was going down, a piece of news passed by that kind of slid under the radar: Latrobe in Tasmania is going to host the biggest domestic FMX contest we’ve seen in years on 15 November. The even will also be the first-ever sanctioned Australian FMX and Speed & Style championships.

An inaugural Jono Porter Award will also be handed out to the winner of the Australian FMX Title. Make sure you lock it in your diary, as it’s shaping up to be a cracking event!