Some of the burning questions ahead of Bathurst's opening round.

With the 2014 Australian Supercross Championship about to fire up in less than four weeks, MotoOnline.com.au look into our crystal ball and answers some of your burning questions. Q: Will the first two rounds actually be part of the Bathurst 1000?

A: Not officially, no. While it’s a huge drawcard for the Australian Supercross promoters to launch the 2014 championship on the same weekend and in the same town as one of the most prestigious motorsports events on the Australian calendar, the ASX is not affiliated with the V8 Supercars. Still, with the town’s petrol-head population exploding that weekend, expect the Bathurst rounds to be heavily attended.

Q: Can Matt Moss fend off his brother Jake for his fourth consecutive national title?

A: We think so. While Matt and Jake Moss went all out last year and caused a bit of a stir in the US with their elbows-out racing with Josh Hill, Matt is riding a tsunami of confidence at the moment and will be hard to stop. Jake arguably has more outright speed than Matt, but Matt’s strong starts and consistency make him a hell of a force. We believe Jake will win races, but the jury is out as to whether he can maintain those results week-in, week-out.

Q: Will the Brisbane indoor round be a success?

A: Yes. There hasn’t been a round of the Australian Supercross Championships held indoors on the east coast since Spokes Promotions ran the series. While the racers will effectively circulate around a track the size of a glorified basketball court, there’s something we miss about the fumes, noise and in-your-face action that only arena-sized supercross can provide. Don’t expect a wild, AMA Supercross-sized track, but expect the racing to be tight and entertaining.

A: He’ll improve every round. It’s one thing to race supercross with a team that you’ve been with for the better part of a year, but to try and find the winning formula in five or six weeks is a big ask, even for someone of Jay Marmont’s caliber. One thing that is for certain: Jay will get stronger and faster as the series progresses and will be fighting for podium positions and race wins by the time the series hits Brisbane. 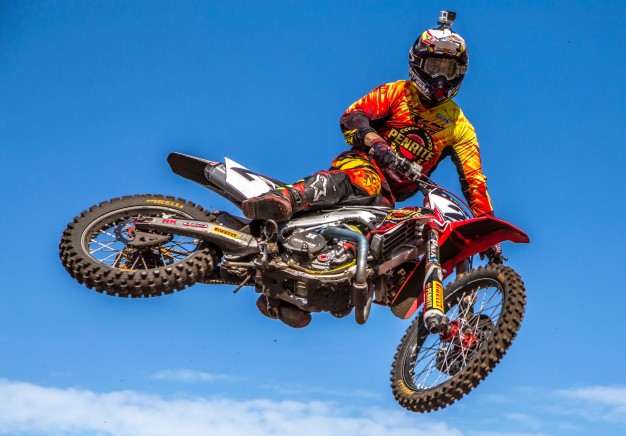 Q: Are any internationals riders confirmed for 2014?

A: Only Gavin Faith at this stage. Faith will return for his third year with the factory Honda team and will be looking to make amends for his narrow SX2 loss to Luke Styke last year. Faith is a heavy favourite to take his second SX2 title in three years this year. Malcolm Stewart was very nearly confirmed alongside him at Honda, but financially the deal fell through late in negotiations from what we understand. And there could be more to come.

Q: Are all Yamaha teams grounded from SX?

A: Not exactly; only the factory teams. Yamaha announced earlier this year that its factory teams – CDR Yamaha, Serco Yamaha and GYTR Yamaha – wouldn’t be present and contest the supercross championship due to the short notice of the calendar’s release and lack of time to prepare teams and finances. However, Yamaha will still be present on the grid in the form of the DHP Motorsport team, fielding Kade Mosig and Boyd Hocking.

Q: Who are this year’s dark horses?