Entering the 2014 MX Nationals, Tunetech Racing KTM’s Kale Makeham was a clear title favourite after finishing runner-up last year. But with a stacked field of two- and four-strokes, plus an assortment of bad luck and injuries, Makeham will be the first to tell you his year outdoors came in below expectations with sixth in the championship. MotoOnline.com.au spoke to the likeable Victorian about his year to date and also to get an update on his health after sustaining further injury at Coolum. 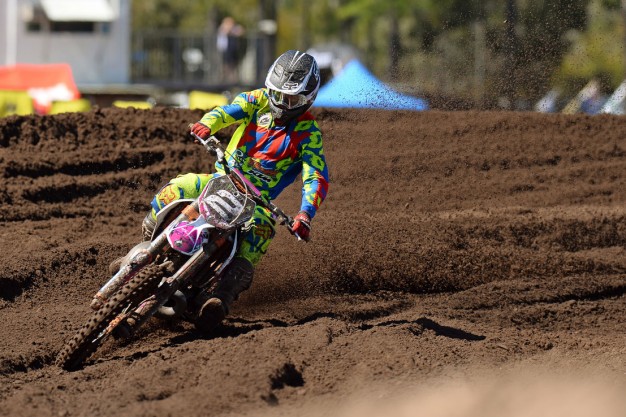 Thanks for taking the time to chat. How are you feeling after Coolum?

Not too bad. It was good to finish the season. Obviously things didn’t quite go my way, but I really felt like I turned things around these last three rounds and got things back on track. It was a bummer to go out the way I did at Coolum; I just had a small crash in the first moto and the bike flipped over and hit me in the back-end. I ended up breaking the end of my tailbone. It was a pretty painful one, so that was the end of my day and I’m still recovering unfortunately.

In the pre-season you were a genuine title favourite, but it didn’t turn out that way in the end and you ended up sixth in the standings. Tell us about your season.

I started off really confident at the beginning and Broadford actually went really well. I got tangled up in a first corner crash, that was that, and then Appin was awesome. From then on a couple of things happened both in and out of my control that led to some bad results. I think from there I just beat myself up over it, because everybody expected a lot from me and so did I. It was a bit of a rookie error. The past two years had been really successful for me and every race I drove home with a smile, but when I had a couple of bad results I think I let them pile up on top of me. It was a shock to the system I guess, but when I came out the other side I definitely learnt from it and it’s made me a stronger person. I just need to learn to deal with disappointment, but as a rider I definitely think I’m ahead of where I was 12 months ago and a lot stronger mentally. I just have to keep learning and continue to move forward.

What was the highlight for you?

Probably just turning it around. I’m really hard on myself, so when I got down I really wasn’t happy with it at all. To get back on the podium, to feel like I got my mojo back, was cool and it was one of those things. You start doubting yourself, losing your confidence, that kind of thing, so it was good to turn it around by the end of the season.

Last year it was yourself and Luke Styke setting the benchmark for most of the season, but how would you rate the competition this year compared to last?

Yeah, it was awesome this year and definitely a tougher field. There were battles on the track everywhere in the field. Last year definitely wasn’t easy, but it was a lot more simple. Good start or bad start, you could quickly get in the top five and in the battle, whereas this year it was just an all-out fight and it’s awesome for the Lites to have that kind of depth. It’s good for the sport and I hope it stays that way. 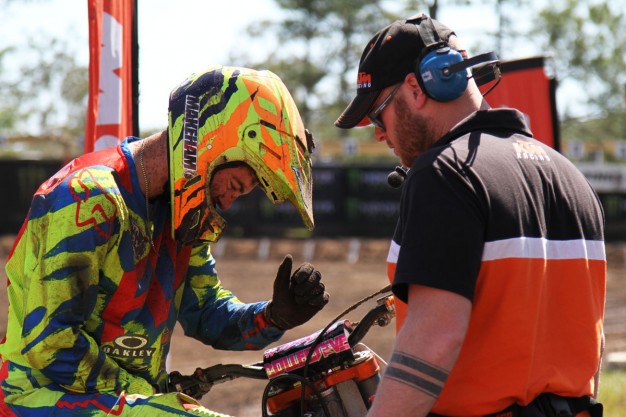 So considering your injuries at this point, what’s the plan for supercross?

I’m hoping to be back in time for round one. I’ve had this injury before and it’s normally a five- or six-week thing, but it’s really important not to aggravate it more. I’m just taking it easy on that side, but it’s also given me time to strengthen up my shoulders, which has been a weakness of mine after four surgeries. It sucks that I can’t ride yet and it is holding me back not being on the bike, but I’m happy with my upper-body progress and I’m confident we’ll be good come round one.

It must be frustrating having a track ready to go at your property, but being unable to ride just yet…

For sure. I wake up in the morning and it’s the first thing I can see. It’s right there in the front yard and it’s looking sweet… you can’t miss it [laughs]. I’m trying to avoid looking at it at the moment.

And next year? Is there anything on the radar at this point?

I’m in talks with a couple of people, but there’s definitely nothing concrete. I’m really hoping I can get a 450 ride for next year – I think that’s the bike that suits me best and it’s where I want to go. Hopefully I can get a good ride and surround myself with good people in that class, but if not, I’m not scared to go back to buying my own bikes as a privateer. I look at a guy like Jacob Wright and it’s only a matter of time until a door opens for you. I think you’ll definitely see me in the 450 class, it’s just a matter of figuring out where.