September is always an interesting time in Australian motocross as once the MX Nationals finish, the next goal is set in place. For many it’s supercross, for some it’s the longer term of 2015, and for the select few, it’s the Motocross of Nations.

The news that Dean Ferris unfortunately broke his femur in a devastating incident at Brazil’s penultimate round of the MXGP series means that Team Australia will be shaken up, most likely with national MX2 champion Luke Clout taking his place as he was listed as Motorcycling Australia’s (MA) reserve.

We did speak to Clout earlier this week, but for one reason or another, news that he will officially be replacing Ferris alongside Chad Reed and Matt Moss is yet to come. It’s most likely a logistical hold up, but the smart money has him lining up in Latvia.

While it would have been phenomenal to see Ferris back on a 250F for the MXoN (the transition would have been straightforward from the 350 he’s been racing in MXGP), the news comes as a blessing for Clout since Yamaha has pulled its factory teams from supercross in 2014. 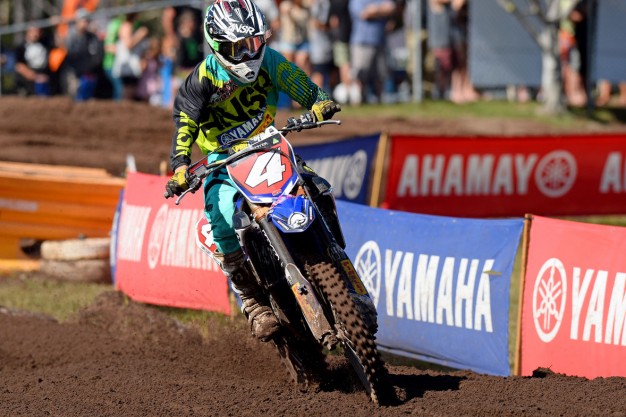 Clout’s arrival at the world level has been well deserved, which luckily follows him winning the MX2 national title on a four-stroke. Just say, for example, Luke Arbon snuck through to claim the title on his two-stroke, it would have been an awkward situation to pick between him or the first 250F of Clout. Thankfully for selectors, Clout got to job done on his YZ250F and will fit straight into MX2 on the world stage if required by MA.

Either way though, Team Australia will have major support at the end of the month and we’re excited to see what they can do – especially with the national flavour of Moss and Clout (if confirmed) alongside Reed.

What’s also great at this time of the year is the opportunity to test new bikes, so while I am here taking care of business in our Sydney office, Adam Spence and Dylan Wills are up at Queensland Moto Park doing what they do best for MotoOnline at the national Yamaha press launch. Stay tuned for loads of content to come!

That’s it from me for today, here’s Makker with his latest from his base up in Queensland…

It never ceases to amaze me just how much can happen in our sport in the space of a few days, and this week has thrown up a number of plot-twists and turns that no-one saw coming.

The biggest blindside was waking up to the news on Monday morning that Australia’s Motocross of Nations hopeful Dean Ferris had broken his femur at the Grand Prix of Brazil. Deano has had a horror year with injuries, but snapping his femur in what looked like a fairly innocuous front-wheel wash less than a month out from the biggest race of the year really caps it off.

Still, the Kyogle kid is no stranger to hardship and knows how to bounce back stronger and hungrier than ever. Although it’s a huge blow to miss the MXoN (and it potentially could’ve cost Australia a podium position) it’s fortunate that Dean had locked away a GP contract just weeks before his latest injury and he can rest easy that at least he has a home next year.

Ferris’s rotten timing has opened the door for Team Australia’s first reserve, Luke Clout to join the ranks. Although we haven’t heard official confirmation from either Motorcycling Australia or Yamaha, Clouty put a post on social media earlier today saying he was “back to full-time training and excited for things coming up”. 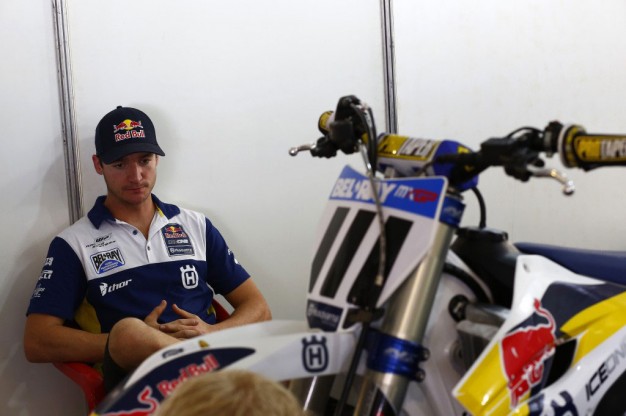 With all Yamaha factory teams parked up for the rest of 2014 (remember, they’re not contesting the Australian Supercross Championship) it’d be safe to assume Clout is training hard for the MXoN where he’ll line up with Chad Reed and Matt Moss at Latvia later this month.

While all this was going down, four-time Australian Off-Road Champion Toby Price revealed he was going to take his career in a different direction and try his hand at rally racing with the KTM Rally Team. It was kinda funny how it turned out: I rang Toby for a Race Recap interview on Monday and he gave me the inside word on his changing career path.

As he was going to announce it all the next day (yesterday), he gave me the full rundown on how it came about and his plans to race the Rally of Morocco and the Dakar, with the possibility of giving the sport a full-time nudge in 2016.

Sometimes exclusive scoops that you read here on MotoOnline come about simply by us talking to the riders and working out some timing to ensure all the official channels are met before we announce it through our own interviews!