Sixteen-year-old Husqvarna Motocross Racing Team’s Egan Mastin made a last minute choice to step out of juniors and contest the 2014 Monster Energy MX Nationals MXD class, and it proved to be the best decision of his young career. After an intense four-way battle over eight rounds, Mastin claimed the MXD title at the final round at Coolum. MotoOnline.com.au caught up with the teenager from Dungog, NSW, to find out how it feels to win his first senior championship. 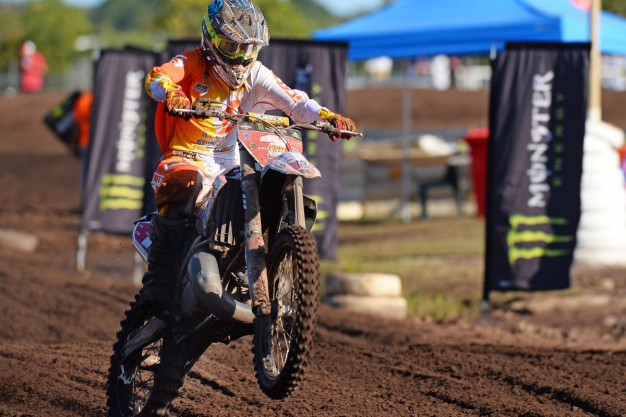 Egan, congratulations on winning the MXD championship, mate. Has it all sunk in for you yet?

Thanks. I don’t think it really sunk in on the day, but it has now. We put so much hard work and effort into this year and it feels like a big weight has come off my chest. This was my first year in seniors and it was a big learning curve, but I feel accomplished and definitely will take a lot of confidence out of this.

This year’s title was really tight between you, Jed Beaton, Jack Simpson and Nathan Crawford. How did you rate those boys’ performances this year?

We were all pretty close and we all won rounds. It was a bit of a bummer that Jed broke his fibula leading up to the end of the series, as it would’ve been good to battle him right down to the wire, but that’s all part of it. But the four of us were close all year and we all had both good weekends and weekends with problems.

At the beginning of the year you were a bit of an unknown, stepping out of juniors. Do you think that helped you?

A little bit. I came into the series with not much on my plate, but it definitely felt good to make a good debut with second overall at the opening round at Broadford. That came me a lot of confidence for the rest of the year. I didn’t even know I was going to race seniors until six weeks beforehand when I was riding at Craig Anderson’s. After he watched me ride he said I needed to step up to seniors or I would be holding myself back. He took me under his wing and it all started from there. I’m glad I took his advice otherwise I’d be a year behind where I am right now. At the same time I didn’t put too much pressure on myself. I went into the season thinking of it as a learning year and would’ve been happy to finish in the top five of the championship.

Coming into Coolum you had a pretty handy points lead, with Jed out with injury. What was your plan of attack for the final round?

I definitely wanted to ride within my comfort zone, not take any risks and get some solid points. It was tough at Coolum, which is one of the roughest tracks of the year, but I concentrated on not making any mistakes and just winning the championship. 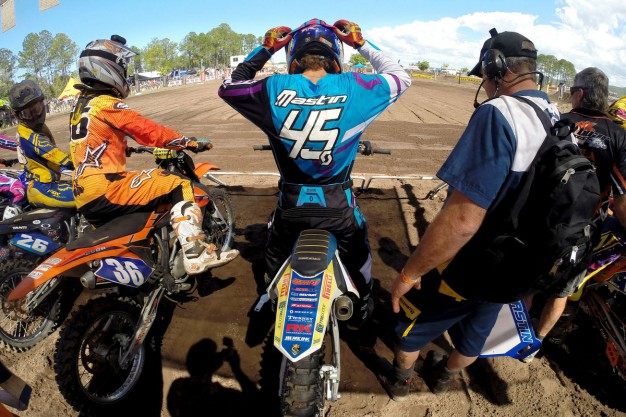 What did you think of Coolum’s new track layout?

I like the new Coolum a lot better. I felt it flowed better and it developed better lines that made it easier to pass people. In the first moto I got a bad start and I was able to make a lot of passes in the first couple of laps. The first few rounds of the championship were real one-lined and I struggled to get past lappers, which cost me some race wins. The new Coolum was a lot of fun.

How’s it been riding for Craig Anderson’s team this year?

It’s been good. I learnt a lot from him about consistency and mindsets. He’s won a lot of races and championships and knows what we’re going through, and I felt like I could ask him anything and he’d sit down and talk to me about it and pass on his advice.

What are your plans for next year? I guess you’ll step up for MX2?

If I stay here I’ll definitely be in MX2, but I’m not 100 percent sure what’s going on yet. We’re thinking of going to the USA and racing the amateur circuit there, but we need a lot of financial help and help from sponsors to be able to make it work. I’ll be an unknown over there, so I’ll need to prove myself in order to get more help. The USA plans are all up in the air and a lot has to happen before it works out, but that’s what we’re aiming for.

Awesome. Well I hope it all works out for you, mate. Thanks for the chat.