When Luke Clout emerged on the MX Nationals scene at Moree in 2012, fresh back from the US to dominate the MXD division that weekend, it was clear we had one of those rare, special type of riders in the mix. Serco Yamaha quickly snapped Clouty up for MX2 duties in 2013 and he delivered almost immediately, winning Murray Bridge’s second round before suffering a broken femur prior to Appin – an injury that would ultimately end his season. In 2014 though Clout was able to go all the way, fending off a hive of two-strokes to win his first professional title on the brand new YZ250F after a hard-fought season. MotoOnline.com.au spoke to the 19-year-old about his success and what’s next in a quickly-progressing career. 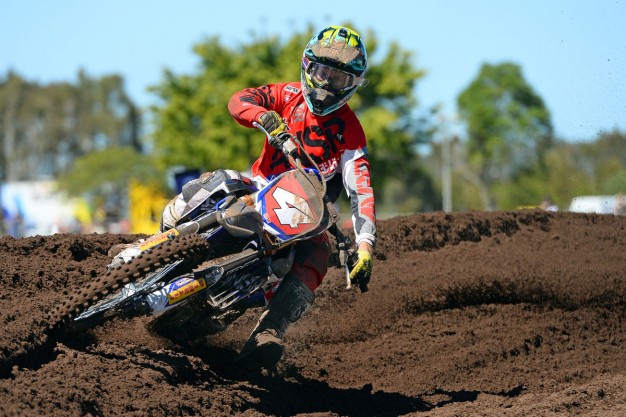 Congratulations on the win; how’d it feel when you finally crossed the line to wrap it up at Coolum?

Thanks, I really appreciate it. Yeah, it was a good feeling, definitely an awesome moment that I want to experience again. It was nerve-wracking coming down to the last race, but we knew we could do it coming into the series – I was confident in my bike and the people around me, so I knew we could get the job done. It was just a matter of crossing the finish line in the end.

Talk us through race day at Coolum. It was actually a really, really solid round for you despite the pressures of bringing home the championship.

Yeah, like you said, I had a pretty solid day with three good starts. The first two motos showed I have good speed in the sand and I was consistent. I was just trying to race for the day and not so much the championship. It was in the back of my round, but I knew a good overall result would be good enough for the championship. Unfortunately Luke Arbon went down in the final moto, so I just had to roll around and that’s what I did. I’m pretty lucky I didn’t have to race for the title in the final moto, because the track was brutal during that last 20 minutes – it was the longest 20 of my life so it was very rewarding.

This year you won Appin’s second round and effectively controlled the championship from there. How hard was it to maintain the lead?

It’s definitely hard. Having the red plate has its ups and downs, because you’re always kind of in a defence mode rather than attacking. You have the target that everybody is chasing down. There was a patch there where I was trying to be too conservative and should have been going for race wins instead, which was showing. It all kind of clicked at Raymond Terrace, I felt like I got my old self and my pace back to go for wins. Luckily we held on, but it’s been a great learning year, which was basically my first as a professional because I broke my leg last year. Definitely next year I think we will win more overalls and control the red plate again to bring home another championship.

It was a hard year with the four-stroke vs two-stroke debate obviously. Hats off to the Serco guys for getting our 250Fs running amazing; Michael Marty does an awesome job to even have us competitive against the two-strokes. It just makes it even more rewarding for the team and I. 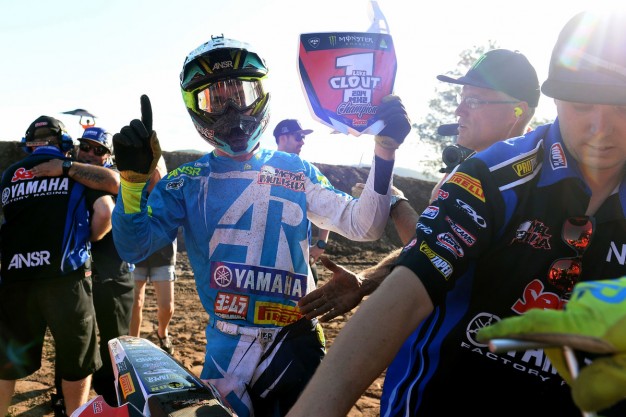 Yamaha isn’t committed to supercross, but will we see you there at all when the series starts in October at Bathurst?

Yeah, Yamaha has obviously pulled out of the series, but I will definitely come up to Bathurst and keep an eye out, say hello to the fans and stuff like that. I’ll be there watching and might even come to the other rounds.

Will it be difficult not to be racing, considering the circumstance?

It is a little bit disappointing for me because I do feel like I’m a better supercross rider and I haven’t really been able to show people what I can do. That’s Yamaha’s decision and I respect that. I’ll be getting a bike though, will ride with Matt Moss, but just won’t be racing and that’s unfortunate. It’ll be a little different, but that’s alright.

So what’s next? Will you defend the number one plate? There’s been a bit of speculation about you heading back to America in 2015.

As of right now it’s all up in the air. We have been speaking to teams in America, but it’s really hard over there right now with everybody switching teams. I have a good relationship with Serco Yamaha and we have been speaking to them about returning for next year as well. I’m not really sure, but I could be here to defend the number one and hopefully bring another championship home. I’m definitely looking to get to America in the next couple of years, it’s what I want to do and it’s on the top of my list if we have the right team at the right time, so I can be competitive straight away.

Okay well we look forward to seeing where you end up. Thanks a lot for your time!

Thanks mate, I really appreciate it.