World championship regular on his return home in MX1 for 2015.

When Luke Styke departed Australia at the end of last year after winning the MX Nationals MX2 title, we all had high expectations of him on the world stage with Kemea Yamaha. Difficulties with the bike and team in his rookie season that came to a halt due to a season-ending crash in Finland will see Styke return home to Australia for 2015 in the MX1 ranks. MotoOnline.com.au contacted Styke to get the low-down on his year just one day after he returned home on Wednesday. 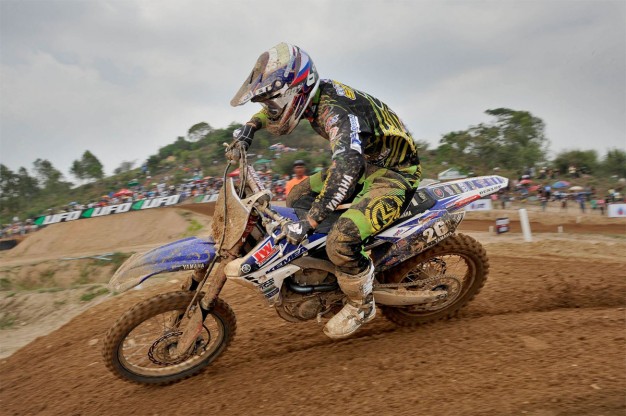 You’re fresh back from Europe, it was obviously a long year for you and it’s been a difficult one, but how was the experience?

Yeah, the experience was good. I feel like that’s all it was, was an experience, and it was an up and down year. It was good to learn the tracks, so I will take what I have learnt and move on in the years to come.

What was it like racing in the world championships?

I knew it would be hard and it definitely wasn’t going to come easy, but I just wish I flew over there early and tested the bike, met the team, that kind of thing… because I probably would have looked for something else. But it is what it is and yeah.

Last year you were dialled in with Serco Yamaha and had great factory support, so what was it like working in different surroundings of a European team? Did you have factory support over there?

Nah it was a privateer team and you could buy the parts anywhere in the world. It wasn’t anything special and I thought I was getting a lot more than I was, anyway.

It seemed as though you made some decent headway toward the top 10 in the middle stages of the season before your final injury. Did you feel that things were on the up?

Yeah, it was getting better throughout the year and we were getting better. It’s just my bike wasn’t good enough to get off the start and usually I’m a really good starter. It’s hard to get inside the top 10 when you start out of the top 20. It just makes life a lot harder. I was just trying to overcome it, dealing with what I had and trying to enjoy the experience.

What was the lifestyle like over there away from the track?

My girlfriend and I actually really enjoyed the lifestyle. I was really enjoying cycling and off-bike training like mountain-biking in really nice forests and that type of thing. 90 percent of Belgium cycles, so that was really enjoyable, for sure. 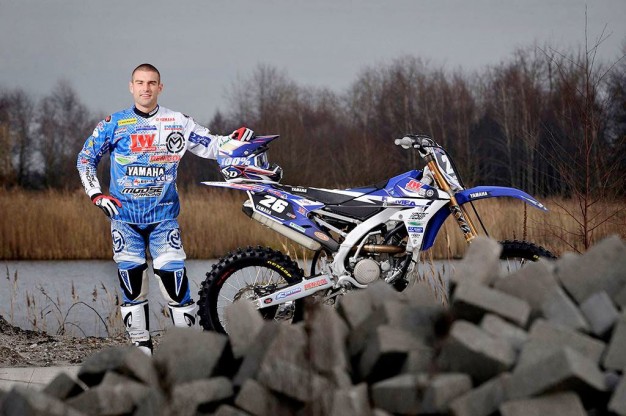 That first turn crash that ultimately ended your season was a big one, we saw it on YouTube back here, so how’s the health now?

It’s been eight weeks now since the crash and I haven’t been on the bike since. I’ve just done physio, rehab and stuff like that, so pretty well now my body’s at 100 percent. We’re looking at starting to ride for next year, so right now I won’t be doing supercross here, I’ll just focus on 2015.

You’ve been linked to the MX1 class back here in Australia with KTM and CDR Yamaha. Can you shed any light on your future at this stage?

It is going to be MX1, 100 percent, so there should be a press release next week. We’ll look forward to that…

So all eyes onto 2015 back in Australia?

That’s my plan, you know what I mean? I just want to reset my mind, this year was mentally tough, so I feel like I need to come back, recharge my batteries and get back on my feet. I need a good team behind me, have a good relationship and start again. I’d definitely like to go back again in a few years, give it a good shot with a good team that’s got my back and believes in me. Obviously you need a good bike, so I’d go there and ride the bike, meet the team before I commit to anything. It just takes time.

Have you been keeping track of the MX Nationals back here while you’re away?

Yeah, I obviously keep close tabs on the internet to suss it all out. The racing seems good in MX1, but the racing in MX2 has been a bit off, I feel like. The MX1 seems really tough, Gibbs has stepped it up, Mossy is strong again and a few other guys have had race wins, which shocked me. Next year will be good, I feel like I will be a title contender, I’ll have a good bike and team so I feel like there won’t be anything stopping me.

It’s definitely good to have you back, I’m sure you’ll be another great addition to MX1 and we look forward to seeing you back out there.

Thank you mate, have a good weekend at Coolum and we’ll touch base soon.