The 2014 Monster Energy MX Nationals will reach its vital final stages this Sunday at MX Central in Raymond Terrace, New South Wales, for round eight of 10 in this year’s championship.

KTM Motocross Racing Team manager Rob Twyerould has said that for Gibbs, rounds eight and nine are where he needs to take over the lead of the MX1 title race if he’s to topple Moss come Coolum’s final round.

“My feeling is that we need to make our move over the next two rounds, and the ideal would actually be going into Coolum with a lead,” Twyerould said. “It would be very hard to beat Mossy at Coolum, he rides that track very well and he’s prepared to ride at a level that will win the championship. So if he needs to finish sixth, he will do exactly that to win the championship.

Whatever happens between the pair, it looks like it will go come down to Moss or Gibbs, but CDR Yamaha’s Craig Dack is yet to completely rule out Billy Mackenzie’s title hopes with three rounds remaining. Right now, he’s 68 points off Moss.

Dack said: “We never say never. We still have a fair way to go in the championship and there are still a huge amount of points up for grabs. It seems like though, between Matt Moss and Kirk Gibbs there is a really interesting battle. If those two don’t have any problems for the rest of the championship, they’re going to be hard to beat.

“But to say who is going to win out of those two, I recon you could toss a coin up. The championship is certainly not anywhere near over for us, but on current form we need to be performing better to be a part of that battle.”

In MX2 it’s a reasonably similar situation. Inconsistency has played a major role in this year’s title chase, but up front Luke Clout’s held strong on the Serco Yamaha YZ350F to hold down the lead. He’s 16 points ahead of current MXD champion Hamish Harwood, but the in-form Luke Arbon has snuck into the mix, now 43 points back.

Clout will be determined to win races over the coming rounds and basically has to if he’s to assert himself as the champ, however the big picture of the championship will come into play as well. None of these front men can afford any more bad races – they’ve all had them to date.

MXD is where we are really going to see the action heat up. Jed Beaton, also on a Yamaha four-stroke, leads by 10 after his class act at Conondale, but Jack Simpson, Egan Mastin and Nato Crawford are all within striking distance. On paper, this is going to be the best title race of all!

So there’s plenty of great racing to unfold, many stories to be told, and at the end of it all, we’re going to see three deserving champions crowned. That’s what racing’s all about. 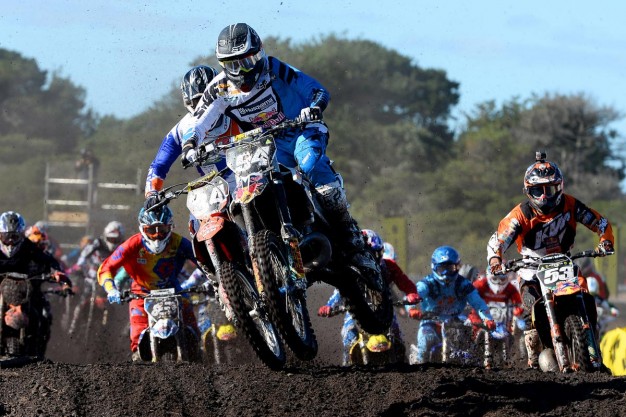