Reigning Yamaha Australian Off-Road Champion (AORC) Daniel Milner made an incredible comeback to racing last weekend in rounds seven and eight at Coonawarra in South Australia after fracturing his ankle in a training accident. The likeable Victorian rider came in with all his guns blazing to take a clean sweep across the border just like he did one year ago. The CDR Yamaha rider now shoots back up the championship standings to fourth place, just 30 points behind championship leader Toby Price. Milner will gallop his way right to the very end of this championship and put up a serious fight to try and keep his crown! MotoOnline.com.au sat down with ‘Doogs’ after round eight to get his thoughts on the weekend that was. 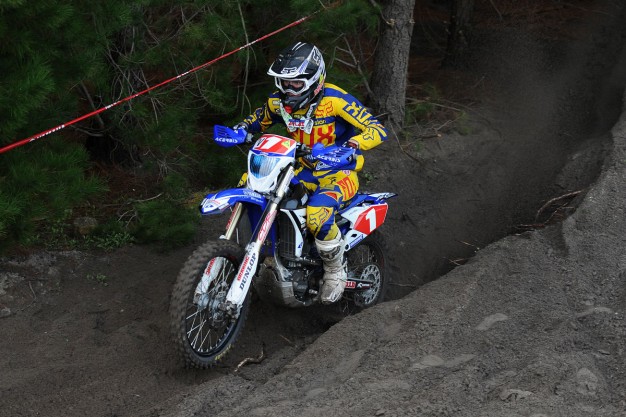 Daniel well done, it’s awesome to see you come straight back in and back to winning ways. Could this weekend have been any better?

Nah, not really. This weekend has gone very well. I pretty much chased from the back on both days after having some bad tests at the start of the day and having an off, which meant I had to play catch up. You know, I would rather play catch up than people playing catch up on myself, so it worked out very well. I enjoyed this weekend. I had a bit of pain in my ankle, but you get that.

So your next outing, will it be Hattah? Will you race that this year?

I don’t think so. I think we have pulled out. It’s not a definite answer yet, we might be still doing it, but it’s all down to seeing how my ankle pulls up after next weekend as I’m racing the next round of the VORC down at Wonthaggi. After that we will see how my ankle is holding up and will take from there.

What will you do in regards to recovery to rest the ankle before the Victorian event next weekend?

At this stage I’ll ice it as much as I can during the week and stay off it as much as I can as well. I probably won’t ride. If I do I might have a ride this Friday just to make sure it is feeling not too bad to get back on the bike. I’ll head to the physio and get him to play around with it and get the fluid out of it.

So out of 10 – one being okay and 10 being the most painful – where do you rate the feeling of your foot right now?

I should be sitting on about a five I reckon. It’s enough to keep going, but it definitely hurts out there with all the big bumps out there. This just makes me realise how tough Toby was coming back from injuries with his back. It might have been a year ago, but to come back and to be running at the pace that he is running it just goes to show coming back to this weekend, its hard work! My injury was seven weeks, and I could feel it in my fitness, especially today. I was just flat and struggling to keep holding her on. 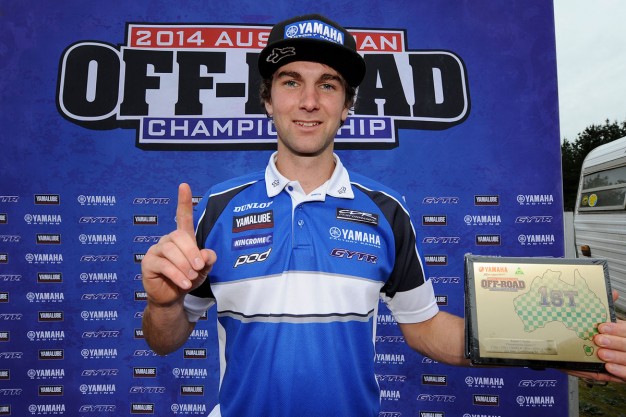 How did you find the track out there today in the back part in the open paddock? Because my god it looked fast out there watching you boys come screaming past…

Yeah, it was good! It mixed it up a bit. We had a bit of grass track, then we had this little bit of the quarry here. So it was nice to get out onto the grass track out the back. The corners didn’t flow real well in the pines here, because the juniors rode it yesterday and their lines are a little bit different to our lines, so it was a bit harder to manoeuvre around the trees; their lines kind of ended up in them. Once we got a few runs through it, it got better. But all in all, today’s track was definitely good fun.

Fast forward a few weeks and we will be up in Kyogle in New South Wales for rounds nine and 10 for the first time. Have you ever ridden up around that area at all?

Nah, but I have ridden at Chris’s [Hollis] place which is three hours away from Kyogle. It’s not the terrain I normally ride, but as soon as I get the okay that my leg is all good and I can get back into 100 percent training, I’ll ride that type of terrain as much as I can. It’s a two-day enduro and I like that format, so it should be good fun.

Well, there are four rounds to go now. You now sit 30 points adrift of Toby in the Outright championship and this championship is not over by any means. You can’t count yourself out yet for the title.

Yeah, well it’s going to be hard to come back, especially after dropping those two rounds – that definitely screwed me up. It’s dirt bike racing, there are always ups and downs in the sport and it looks like I got the bad side of it this year. But it’s still good fun, I’m enjoying it and that is all that matters.

Well done ace, good luck next weekend at the VORC. Roll on the next round!